And my ten minutes with him...

A few years after I first saw Giacomo Agostini in the flesh at Phillip Island (you can read that HERE), I went to a race-meeting in Sydney, and he was there…and I actually sat down and talked with him for a short while.

It kinda made my year.

It’s quite bizarre walking around Sydney Motorsport Park when it’s so crowded. I’ve actually never seen so many people there. And no, I didn’t go to the Guns’n’Man-Tights gig. So in terms of crowd numbers, the newly-named International Festival of Speed was an unmitigated success.

Formerly known as the Barry Sheene Festival of Speed, the four-day-long event re-named itself following discussions with lawyers from the Sheene family estate.

I spoke to Stephen Broholm, one of the event’s promoters, about this name-change.

I didn’t want to. I wanted to know how many Laverdas had been brought from Italy and why Franki Chili was in his underpants just off to my left. But Stephen did not know the answers to those issues, and wanted to clear the air about the name-change instead.

“I really don’t care,” I said. “You know Robbie Phillis joked it was now the Nobody’s Festival of Speed? I thought that was funny. Maybe you should have called it that?”

Stephen felt I should focus on what we had, and not what I had hoped for.

But thus was InterFoS born.

And Agostini was coming to Sydney.

And priceless old race bikes were coming with him.

I really didn’t care what the event was called. But I was keen to spend three days stalking Ago while stinking of two-stroke and awe.

Which is pretty much what happened.

The glories I saw and the wonders I heard will stay with me for a long time.

I saw Pierfrancesco Chili and Pierro Laverda in their underpants.

I saw the stunning array of Laverda endurance racers Pierro had brought from Italy – including the impossibly rare V6 – and I watched them run on the track with Giacomo Agostini and his inestimable thundering 500 triple MV Agusta.

He, in turn, was sharing the track with Kevin Magee, Graeme Crosby, Steve Parish, Jeremy McWilliams, and Troy Bayliss – all riding an array of classic racing motorcycles, only one of which pulled a wheelie down the length of the main straight, but then Mr Bayliss’s Ducati is pretty new.

But to be perfectly honest, this wasn’t about the parade laps for me.

This was about Agostini and bikes I had never seen in the flesh before and will probably never see in the flesh again. Bikes I had only ever read about, or seen in grainy old pictures. Bikes which had been ridden at phenomenal speeds by men with balls bigger than moons on racetracks now deemed “too dangerous” for motorcycles to race on.

I saw one of those men was having a quiet moment. It was very cool to see Ago kicking back in a fold-out chair behind a herd of priceless MV Agustas.

“No problem,” he smiled when I asked him if I could ask dumb questions. Quite frankly, I was in too much awe of the man to ask him anything but dumb questions…

“So, Mr Agostini,” I began, “out of all the bikes you’ve ever ridden, which is the one you’ve most enjoyed?”

“What are you on this weekend?”

“This weekend I ride the 500 three-cylinder.”

“This is the same bike you won the championship on a million years ago? The very same one?”

“Jesus Christ!” I blasphemed. “That’s crazy fast for such an old bike.”

“So with all these parade laps you do all over the world, and considering the fact that once a racer always a racer, do you like ever, you know, get into it a bit with the others?”

He grinned again. “I don’t try very hard. I stopped racing and now I do exhibition. I have nothing to prove.”

“No shit,” I said. “Now tell me your predictions for MotoGP this year.”

He shook his head. “I think it is a very, very hard season,” he said. “I think we watch a very nice battle this year, because many riders can win. So it is difficult for me to know who can win. We must wait and see.”

He knew what I was going to say next.

He nodded. “Rossi…still he try very hard. I think the younger riders this year, Vinales, Marquez, but Valentino has a lot of experience. He will make a good race every time.”

I thanked him and wandered off.

I had just chatted with Giacomo Agostini about Rossi.

I felt special. But I wasn’t, really. From what I saw that weekend, lots of people chatted with him. Maybe they even blasphemed in front of him and said “shit”.

Still, it did feel pretty special for me and I guess that’s what counts.

And it was still a race-meeting for the PCRA.  As such, there was lots of post-classic racing – which is essentially and gloriously crashing and burning motorcycles, sweating old blokes covered in oil and intensely busy pit garages.

But like I said, that’s not what it was about for me.

I attend race meetings all the time.

And Pierro Laverda isn’t warming up a V6 racer. 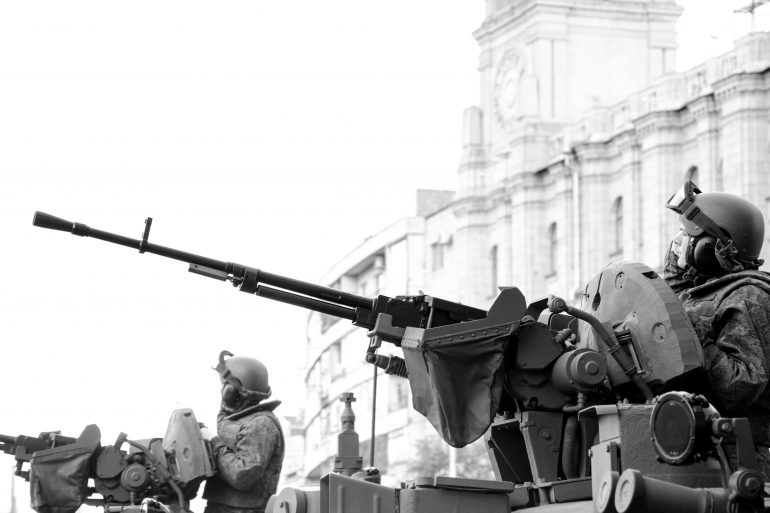 Previous
“HE HAS TO DIE”

Next
WHEN POLARIS STOPPED MAKING VICTORYS