It was a misty dawn. Sitting on my patio and looking out over the fields, everything was bathed in a soft, purple-rose light. The steep hills that shield Mother Putty, and which I can normally see from my patio, were lost in the mist. Birds called. The rooster two doors down screeched his head off as he impregnated sleepy chickens with his morning glory.

I sipped my coffee and checked the news on my phone. Yep. Much of a muchness. The Russian Orc army was still committing unconfirmed atrocities on the innocent Ukrainian hobbits. Albo was gonna lose the election because Scummo had magically created jobs and economies and saved us all from the Bat Empire’s Plague.

All was peace on this most holy of Christian days.

And then it wasn’t.

In the near distance a Highway Patrol car had engaged its siren, and someone on a high-powered Jap-four motorcycle had engaged “Fuck you, pig!” and it was on.

I shivered with excitement. It was a double-points weekend of Ultra Safety. You were meant to stay at home and worship Jesus, not waltz around the country on your stupid motorcycle contemptuously jizzing your communist anti-safety spoodge out the eye of your fascist cock. That had been made clear to us all on many occasions. Obey, submit, comply!

Except ol’ mate on the motorcycle I was hearing was bouncing it off the rev-limiter and the Highway Patrol was yodelling its displeasure. Obedience, submission, and compliance was not on his agenda.

“Go, you magnificent bastard!” I breathed. “Make him work for it. Maybe his car will find one of the many deep table drains he’s chasing you past. Maybe the engine of his BMW will explode and decapitate him. Maybe all those Big Macs he’s glommed for free will finally block his sclerotic arteries and he’ll burst like a meat-melon…” and so on and so forth.

Harsh? Not at all. I’ve very much embraced the Us and Them paradigm the police have adopted and under which they enforce the law. It’s what the police have always wanted. And it’s for the best. Just ask them.

Anyway, there was clearly a police pursuit going on in my immediate vicinity, and it was just as clear the bloke on the bike was not meekly pulling over to the side. His gear-changes were sharp, but he was holding the first three gears unto the rev-limiter, so I guessed he was in some of the shorter side streets of Singleton Heights.

If he ran down Bridgeman Road, the cop would eventually get him when the road became dirt the other side of the Lake St Clair. The smart runner, one with local knowledge, could tie the single Highway Patrol in knots in the back streets here, and emerge on the highway.

My mind supplied the images for the soundtrack I could hear. A well-ridden, sticky-tyred superbike hammering through empty streets, turning left and right with purpose and intent, pursued by a wide-eyed, steering-wheel-sawing bog-worm, appalled someone would dare run from his authority.

I wasn’t sure what kind of bike it was, but I was thinking maybe an R1. It had that raspy note to it. And it sure sounded like the bloke knew what he was doing. The siren faded and came closer, faded and came closer. Over the top of it, I could hear the bike screaming defiance up and down the gearbox, vicious changes, max throttle – no quarter expected or given.

And on and on it went. A minute went by. Then two. Then five. The siren yowled, the bike howled. I hoped they would get closer and maybe I would see them come past my house. The streets are wide where I live. There could be some sideways action. An errant brick could fall from the sky and end the car’s pursuit. Anything could happen. This is the country. It can be unpredictable.

And then all the sounds faded away. Birdsong returned. The sun began to burn the dawn mist away, and it looked to be a glorious autumn day in the Hunter Valley.

But someone, somewhere would not think that was the case.

I hoped it was the cop. 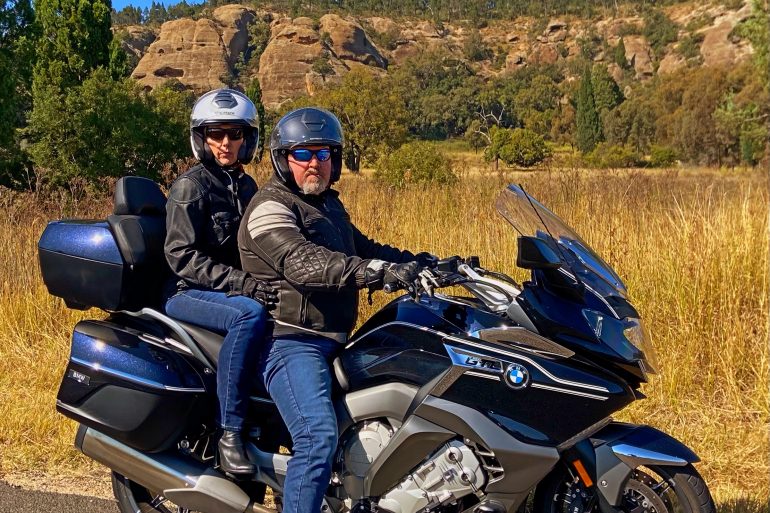 Previous
SHIT MY WIFE SAYS – “How can you be on holidays?”