Part of the 'Shit My Wife Says' Series

Boris Mihailovic
Esoterica
1 March 2021 0 5 min read0
The weather sorcerers predicted temperatures to peak at 30 degrees. I submitted a proposal to my beloved wife, Lynette.
“Wanna go for ride? I know this mad dirt road goes up around Rouchel and Aberdeen.”
“Is that where you texted me about those cows who wanted to fight you and how, if you lost, I was to spare no effort in finding your heroic bleached bones and passing them to our grandchildren?”
“Yes! You’ll love it. Mad ride.”
“It’s our 33rd wedding anniversary. You will produce oysters and a view of the sea.”
“I live to serve.”
The next day I wheeled out the V-Strom, still bug-encrusted from my recent cow-foray. My wife appeared in our driveway dressed for the ride.
“You could have cleaned it,” she observed.
“You don’t clean Adventuring bikes,” I man-splained. “They only look good dirty, and people will view us as intrepid explorers only briefly passing through civilisation on our way to uncharted dragon-country.”
“Wipe the seat.”
I wiped, and explained to her that due to the massive black hard luggage option, she would have to get on first, scoot back onto the pillion seat, and await my arrival with calculated insouciance – which she is very good at.
My wife, who is truly graceful, did just that.
“Good?” I asked.
She wiggled a bit and moved her knees around.
“Anyone bigger than me would get the corners of these black things digging into their legs.”
“No fat chicks, huh?”
“What did I tell you about saying things like?”
“Lots of stuff. Some of it was very cruel.”
I then did a bit of spazz-shuffle, and heaved myself onto the seat without kicking her in the boobs.
“That’s the way,” she said. “Use those long dancer’s legs of yours.”
And off we went – basically east towards the sea.
We followed two Highway Patrol cars for about 50 kms. Their bright baboon-coloured arses could be seen from space.
“Are they doing 140?” Lynette asked peering over my shoulder.
“They are,” I nodded. “And so am I, but I’m doing it 500 metres behind them, so they can eat my dick. You good back there?”
“Yep,” she said, patting me on the shoulder. “It’s quite comfortable. I feel…um, protected by these boxes. I can even rest my back on the back box. And you’re not being an idiot. The suspension feels pretty plush. Not like that Indian you bounced all over the Bylong.”
She was, of course correct. The V-Strom’s suspension was far and far and far in advance of the green Indian Chieftain I hammered two-up over the Bylong a while back.
We rode into Morpeth on our way to the sea.
“Would you like some coffee? The craft shops will be open shortly.”
“The pub is still closed, isn’t it?” she asked.
“It is.”
“Ride on, fool.”
I rode on. About an hour later we were being buzzed by fighter jets from the Willamstown air-base. I pulled over so we could get the full aural impact of these amazing planes blasting into the stratosphere – their sound trailing behind them like a thunderstorm.
“I’d go out with a man who flew that, just because of the noise it made,” my wife observed.
“I knew that!” I laughed. “It’s why I put loud pipes on my Shovel. Bitches love the thunder.”
“Stop talking shit. I’m hungry.”
I rode on. In short order we were idling into Nelson Bay. The emerald blue-green water sparkled and there were a lot of people around for a week-day. I found a place to stop near some of the most sparkly clean crap, and watched a man being threatened by enormous pelicans.
We then took a short ride to Shoal Bay and Finghal Bay, stared at Shark Island, agreed it was all utterly beautiful and watery, and our parents were idiots for not buying land here when it was worthless seaside rubbish, and went to lunch.
The food was great, and Lynette was full of praise for the V-Strom.
“I really like it,” she said. “It’s high, so I can see things. It doesn’t smash my spine over bumps, and the seat is pretty good. I can’t see what speed you’re doing, so that’s a bonus.”
“Anything you don’t like about it?”
“It melted my Dior.”
I blinked, nonplussed. This could mean anything.
“My lipstick. It was in my bag in the big black box on the back. It’s like a 1000 degrees inside that thing.”
“I will send Suzuki an email telling it to consider, in the strongest possible terms, to offer a refrigerated top-box immediately. They have any idea what that Dior stuff costs? Anything else?”
“It’s not as cool as the Indian. It’s much more comfortable and goes pretty quick. But…it’s…well, it’s just not very cool.”
“Yes, but we look like quality people on it. Fearless adventurators and hard-bitten explorers. That’s kinda cool.”
Lynette gave me that look she gives me when she feels I have overstepped some mental-health boundary.
“That is not cool in my world,” she said. “Us getting on and off the thing reminds me of apes climbing on playground equipment. It is without dignity. Especially you. You actually grunt when you’re heaving your leg over it and hopping on the other one. The only reason no-one but me is laughing is because you have tattoos.”
“Eat your damn oysters,” I said. 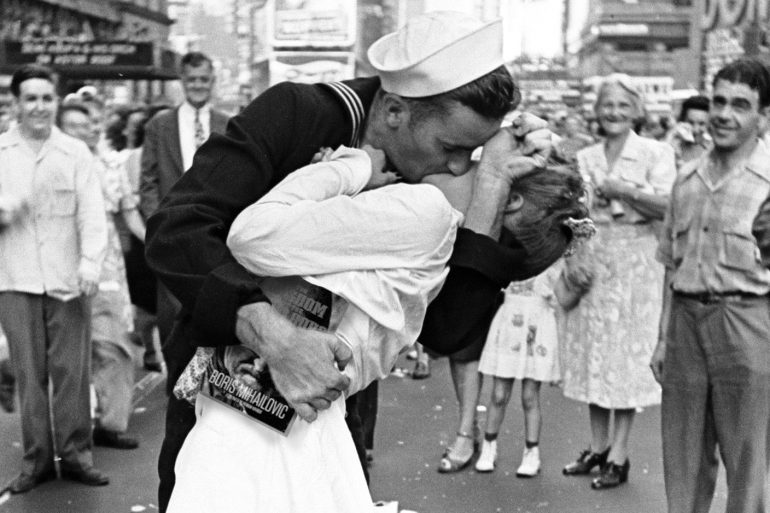 THE MOST TERRIBLE THING I HAVE EVER WRITTEN – PART THREE