Support My Work
Home
All
History

From utter defeat to complete victory...

Monte Grappa, at 1175-metres, looks sternly down on the Venetian Plain in northern Italy. If you can imagine a reversed question mark consisting of big mountains and smaller mountains, with the top of it arcing across the north of Italy, then looping down the west coast, the Venetian Plain sits in the middle of that, bisected by the great river Po.

On this mountain, a battle was fought from 11 November, 1917, to 23 December, 1917, between a battered and humiliated Italian army, sacrificed throughout the entire war by its worthless commander, General Luigi Caporetto, and the Austro-Hungarians – led by no less a personage than Archduke Eugen Ferdinand Pius Bernhard Felix Maria of Austria-Teschen.

Archduke Eugen was one of the endless Hapsburgs of Europe and the last Grand Master of the Teutonic Knights – an organisation first created to assist Christians making a pilgrimage to the Holy Land, but when all that nonsense finally stopped, continued on as one of those wacky German boys’ clubs devoted to martial bliss while simultaneously venerating the Mother of God.

Luigi was also doubtlessly a good Catholic. But a massive failure as a general. He was a bitter man and a ruthless commander, and had distinguished himself in many ways. Chief among them were numerous failed offensives, where the Italian army’s casualties invariably far outweighed those of the enemy.

In 1915, Luigi launched four offensives along the Isonzo River in the hope of then marching on Trieste and stabbing the Hun in the face with splendid Italian bayonets. All four offensives failed, resulting in 250,000 Italian causalities and no material gain.

Luigi doubled down. Over the next two years he fought another seven battles on the Isonzo – a really shit place to fight offensive battles because it is terribly mountainous and allows no room for manoeuvring, but since Luigi had written a book in military academy about how crucial offense is in battle, that was how he was rolling.

His troops hated him, as did his fellow officers. Luigi’s response to their feelings was to sack 217 generals, 255 colonels, and 355 Battalion Commanders – quite a strange thing to do on the eve of a battle. But he did it, and then went on holidays.

Which is when the Archduke pressed the Go button.

On 24 October, 1917, a scant three weeks before the legendary battle of Monte Grappa – Archduke Eugen, the rest of his names, and his forces, smashed across the Isonzo River at Caporetto and sent the entire Italian army fleeing in disarray, except for the 275,000 slow-running ones who were captured.

The Germans, staunch allies of the Archduke, were of great assistance in this endeavour – employing poison gas, and stormtroopers trained in infiltration tactics (they’d sneak into enemy positions at night and start cutting throats and blowing shit up), they wreaked havoc among the Italians.

It was called by some…well, everyone, the greatest defeat in Italian military history. Its entire 2nd Army had been obliterated. In addition to the 275,000 taken prisoner (rather willingly, actually), 13,000 Italians were killed, and 30,000 were wounded. Desertions were also in the tens of thousands. They also lost 3152 artillery pieces, 3000 machine guns, and 1712 mortars. The Austro-Hungarians and the Germans? Somewhere between 20,000 and 70,000 casualties.

The French and the English, somewhat less staunch allies of the Italians, immediately called for Luigi to be sacked as head of the Italian army and sent somewhere to maybe make very bad Italian motorcycles, which would at least stop him sending the flower of Italian manhood into further meat-grinders.

But the Poms and the Frogs did send reinforcements. The Italian front was crucial. Eleven whole Allied divisions were deployed on the Mincio River. Which was utterly pointless, because the Italians had retreated to a different river, the Piave, some 100 kilometres away.

So things looked pretty grim for Italy. It had no mobile reserves left, winter was upon them all, and if the enemy broke through the line, Italy would be crushed and the entire Allied war effort would have been endangered.

At the base of Monte Grappa the line was established. And it had to be held until the Allies could reinforce it.

It’s worth noting that both the Allies and the Central Powers were suffering from profound war fatigue at this stage in the proceedings. They had been chewing on each other since 1914. Millions had already died. Empires teetered on the brink of collapse. Entire nations had been decimated in what was later called the Great War – though the word was not used to mean “Beaut”, but rather “Very very big”.

The previous month had seen the Russians taken out of the war by a slight restructuring of their…um, political system. If the Austro-Hungarians and the Germans broke through at Monte Grappa, Italy would be forced to surrender, and this would allow millions of Hun soldiers to be redeployed elsewhere – much to the chagrin of the Allies.

It was crucial the Italians held.

To his everlasting redemption, Luigi, the much-hated and up until then, useless and about-to-be-sacked head of the Italian army, had, at the start of hostilities some years prior, declared that Monte Grappa, was to be made into an impregnable fortress. Fortified defences – “Iron Walls” Luigi had called them – had been constructed all the way to the summit, and 51,000 ragged, humiliated, and demoralised Italians dug in behind their Iron Walls and waited for 120,000 of enemy to advance.

Commanding the Italians was General Armando Diaz (Luigi was on the naughty mat in Rome), who was born in Naples and boasted distant Spanish heritage.

The Archduke with all the names and the 40,000 Hapsburg cousins, was still in charge of the Austro-Hungarians and Germans, now bolstered with Alpenkorps troops (special high-altitude fighting Germans). The point of this spear was a Prussian General, Otto Ernst Vinzent Leo Von Below, who, along with Svetozar Borojevic – a Croat who eagerly and brilliantly fought for his Austro-Hungarian masters – was instrumental in the crushing victory at Caporetto.

Armando had been appointed to his command on 9 November. On 11 November, the Archduke attacked.

But the Italians held.

They repulsed wave after wave of German shock troops. The fighting raged all along the Piave River and up and down the slopes of Monte Grappa – cold, brutal, and vicious. The Italians were fighting for their very existence. If the Central Powers overwhelmed them, the flow-on effects would be catastrophic.

But the Italians held.

And with Christmas two days away, the Austro-Hungarian advance into Italy was finally halted. From its vantage point on nearby slopes, the high command could see Venice. But it would never set foot on its streets or go for a gondola ride.

The Austro-Hungarians had lost almost half their forces in the assault on Monte Grappa, some 51,000 men. The Italians took 12,000 casualties.

Two more battles were fought on Monte Grappa. And the Archduke lost them both.

Six months after the first encounter at Monte Grappa, the Archduke had another crack as part of the Great Summer Offensive of 1918. It was to be the last offensive operation of the Austro-Hungarian empire.

The third and final battle of Monte Grappa kicked off on 24 October, 1918. Nine Italian divisions came hammering off the slopes and out of the river and straight into the Imperial forces. The Austro-Hungarians immediately sent a further six divisions to the battle – all their remaining reserves.

They lost those too. And the Empire.

The locals refer to Monte Grappa as Alpe Madre – the Mother Alp. There is a stunning war memorial and ossuary built on the summit. The shrine contains the remains of 22,950 soldiers. The northern section holds the remains of 10,295 Austro-Hungarian soldiers – only 295 of them have been identified. The southern section repose the bones of 12,615 Italian soldiers – of which 2,283 have been identified.

YOU CAN CHECK IT OUT HERE 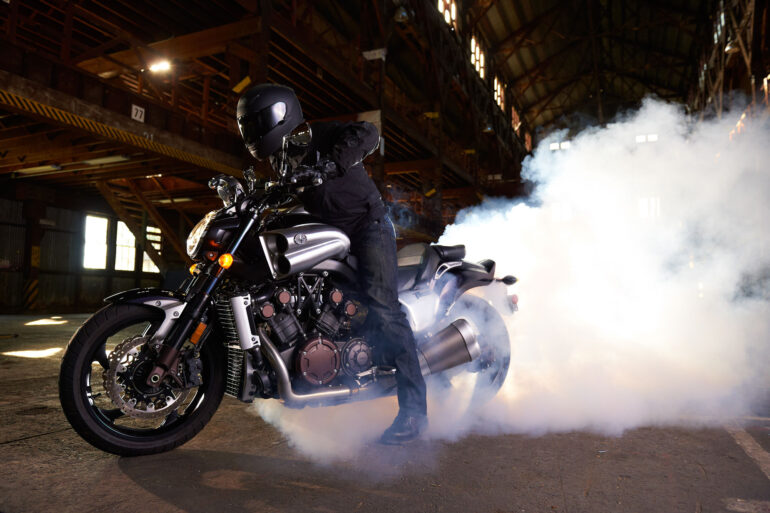