Boris Mihailovic
The Pulpit
1 March 2021 0 4 min read1
This year of Our Lord 2021 is so not the year to be an L-plater. But since I cannot travel back in time to an age when a 16-year-old could go out and buy a fire-breathing, chick-magnetising 1100cc motorcycle, make his bones on it, and thus become a man, I have to work with what I’ve got.
And it’s not good.
The greasy junta of Nazis running Victoria is making L-platers wear fluoro vests. These mealy-mouthed reptiles will tell you it’s because of “safety”, but it’s not. It’s a serious effort by the government to de-cool motorcycling to the point where the narcissistic millennials will decide it’s not for them.
So if I was a motorcycle-wanting teenager, I would immediately move from Victoria. The fishing-village of Melbourne and its black-clad Totenkopf divisions is not the place to learn how to ride motorcycles.
Pick another state.
The next choice is of course a suitable motorcycle. It must be a motorcycle that behaves like a motorcycle, and it must get me laid. So therefore it must be cool.
I have looked at the LAMs lists offered up by the fascists who make these decisions (and they are much the same in every state) and I can tell you without any equivocation you will never see a real-life naked woman if you buy any of the following motorcycles: a Lifeng Regal Raptor 350, a Jonway Malibu 320, a Hyosung GT250, or one of those stupid monkey bikes made for clowns and gibbons to ride in circuses.
I happen to like naked women, and a man of my age certainly knows a good deal about such things, so you’d do well to heed me in this regard. So if I was you, and I wanted something giggly and giddy with really long legs to get into a cab and follow me home (how much arse does it suck that you can’t pillion on L-plates, huh?), I would be looking at the following…
The biggest, nastiest and most brutal dirtbike-turned-motard is one of two options.
Buy something that’s been hotted-up to race in the desert. Yamaha’s WR450, anything by KTM that’s over 500cc, and all the big Husabergs and Husqvarnas are the go here.
The other option is something way cooler, way better it terms of sexy, and will both get you laid and make you into a proper man. You can even grow a beard and get tattoos without people thinking you’re one of them hipster she-boys.
Any Norton 650SS made from 1961 to 1967. What? You don’t want a bike that does 180km/h and smells like burning sex-oil? Of course you do.
Any late-60s to early-70s Triumph Bonneville. There is nothing on this earth that is cooler or sexier or offers more of an opportunity to meet hot chicks on their way home from a party than you fixing your Bonneville in a servo at four am in the morning. Nothing.
Please note that I would not include the current crop of LAM 300s in my shopping list.
While they are great bikes, they will not try and kill you. They are gentle and kind and easy to ride, and few things go wrong with them. So they’re great if you’re not really sure motorcycle-riding is for you and you just want to test the water, so to speak.
But if you want to commit. Really commit. And if you want to drink deep from the gushing spigot of motorcycling incarnate, then buy something worthwhile.
After all, what is it you want her to see when she’s following you home in the cab?
Twelve-o’clock hell-wheelies and race-engines being bounced off the rev-limiter?
True old-school iron back-firing its Pom evil into the night as it spits its Xener diodes into the windscreen of her Uber?
Or a ubiquitously wretched Ninja 300 with a cheap Chinese aftermarket pipe you got on eBay for $50?
So once you decide you want to ride the business, the only thing you then have to do is to look the business.
Put an open-face helmet on your head. All you’re doing in a full-face lid is hiding and hoping the pretty graphics will distract from the fact you can’t actually ride and have a pimple problem.
A black leather jacket. Buy a good one and you’ll only have to buy another one every ten or so years. And they will only look better with age.
None of that trendy textile bollocks with white, red or yellow inserts. You’re still going to be invisible to car-drivers, so you might well look good and be invisible.
And wear nothing that is brown. Ever. Brown is a smell, not a colour.
Then jeans, boots, and job done.
See? It’s not all that hard, is it?
Of course, I am very pleased that I am not an L-plater in 2021. It sucks harder than an industrial sludge-pump when the government decides what you’re allowed to ride, huh?
But at least the options I have given you will mitigate the pain of being a well-behaved slave.
Hopefully. 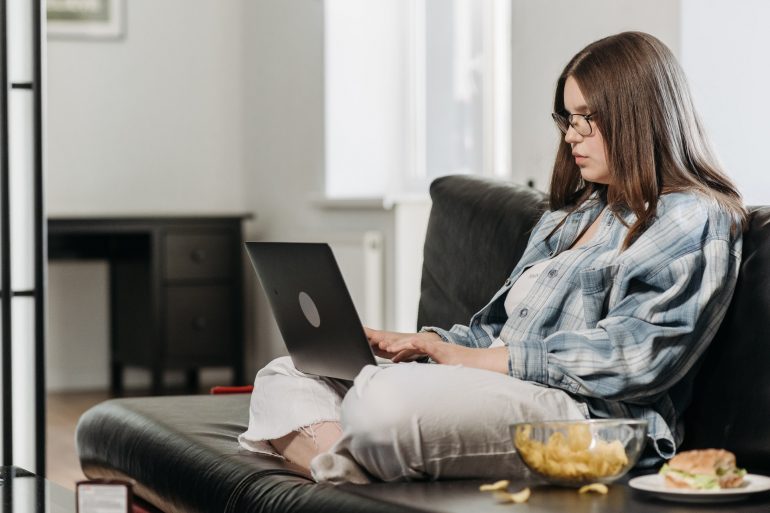 Previous
“YOU STILL IN HERE?”

Next
NOT DEAD YET