I actually miss them a bit...

I miss those old Harley dealers from time to time. I’m not sure many of you do, since most of you weren’t riding Harleys in the late 80s, so your concept of a Harley dealer is rather modern.

And this is no bad thing. For you. You’re probably retired, and you’ve bought a Harley because you’ve always wanted one, and you were given membership in a “club”, scored a bunch of H-D garments to go with the bike, and the whole dealer experience was very holistic, positive, and cheerful.

Which was only right and proper. Because buying a Shovelhead in 1984 was serious business. It helped if you were mentally unstable. And I certainly was, so it was like Kismet for me.

There were no fancy, shiny, mood-lit Harley dealerships back then. Most of the Harley dealers – and there were maybe two or three in all of NSW – were run by outlaw motorcycle clubs. With all that that entailed.

You went into one of these shops and it was just as likely you’d get punched in the face for being a sass-mouthed dickhead, as you would maybe buy a hideously expensive and horribly unreliable Harley to cart long-legged strippers around, fight with the police, and ride around drunk on cheap liquor.

Unlike the ersatz “lifestyle” current Harley buyers think they’re purchasing today, in 1984 you were buying into the real deal – and if that meant the tattooed monster behind the counter could not be arsed going to look for a clutch-cable you needed, then you came back when he was.

Back then, it really was a Fit In or Fuck Off, kinda deal. Not like the cute FIFO badge thingie the Hoggers wear today. And you fit in, or you did indeed eff off, or were effed off with a broken jaw.

Visceral, wicked, and full of sin, those old school Harley shops were truly places your parents wished you’d never visit to hang with people your parents also warned you about.

But once you’d become a regular, and if you owned a Shovelhead, or a Panhead, or even one of those lunacy-inducing iron-head Sportsters, you would be a very frequent visitor, then things changed.

You and the beast behind the counter would be almost-friends. Like, he’d still kill you if the need arose, but he’d remember your name, smile ruefully as you told him what kind of part you needed (which he never had but would eventually maybe get around to ordering for you), and then shoot the shit with you for a bit.

You’d talk bikes and you’d talk about customising them. And before you knew it, you’d ordered far more stuff than the clutch plates you’d originally come in for.

Sometimes, you’d be asked around the back. You’d be offered coffee, or a beer, a joint, or maybe a line of tear-inducing speed. There might be a few other evil-looking blokes out there, who would stare at you with suspicion, but if the beast vouched for you and brought you back there, then all would be cool. Most of the time.

There was an active sense of menace to a Harley shop back then. But there was also a genuine camaraderie. None of this confected marketing department bullshit HOG wallows in. You had to be mentally unstable in all the right ways to buy a Shovelhead back then, and only other mentally-unstable people would want anything to do with you.

As you might understand, none of these operations were great business models. They all limped along, the owners making just enough to get by, but the owners didn’t really want to do anything else – and were fundamentally unemployable in any case.

Nowadays, it’s very different. And very successful. Once Harley began making reliable bikes and offering them to normal people, things had to change. Big Business took over. And Big Business made a success of the Harley business. Harley did its bit by making bikes that didn’t shit themselves every week, and then brilliantly marketing them at people who wanted to look like vaguely outlaws, but not spend any time being beaten by the cops.

Which is a lot of people, I guess.

And thus did something very unique pass from this world – a bike shop that sold bikes to people who wanted to buy those bikes (and only those bikes), and were more than happy to pay whatever price needed to paid to do so.

And no, I’m not talking about money. 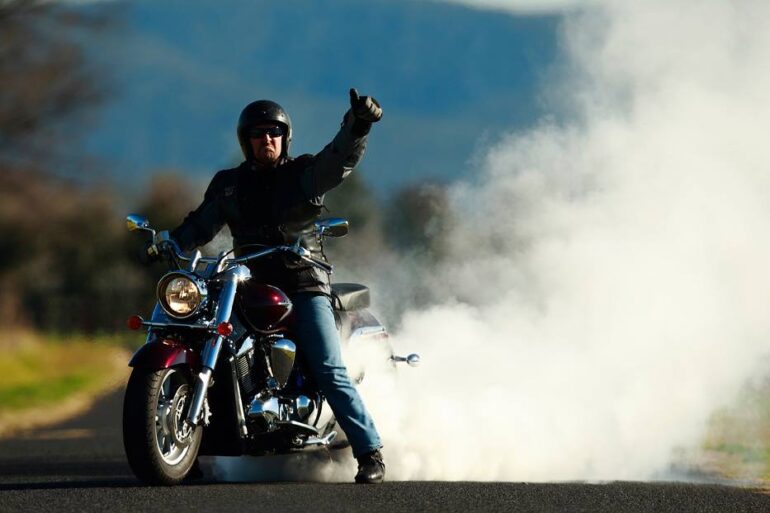 Next
SHIT MY WIFE SAYS – “THAT COULD HAVE BEEN CATASTROPHIC.”