I'm going to justify what needs no justification...

Motorcycling – it’s a hell of an addiction, isn’t? Once it sinks its hooks into you, you’re done. Drug addictions have nothing on motorcycling – and I know because I have been addicted to drugs.

I have, truth be told as it always must, been addicted to lots of things. Drugs, gambling, fighting, strippers, food – I have used and abused them all without a single thought for my own well-being or any consideration for my family or friends.

I am, as you can certainly guess, a hugely flawed creature. In many ways I am strong. In many other ways I am weak. And in almost all those ways, I am not all that different to every other man on this earth.

I am, and I feel this is both a great curse and great blessing, a man of powerful passions. This is probably my crazy wog blood singing to me.

When I love, I love with every fibre of my being. I love unconditionally and totally, without a single reservation. And when I hate, then I hate with a vitriol and intensity that is terrifying to observe.

My hate is pitiless, unending, and implacable. My love is blind, absolute, and unreserved.

I am, as my wife has often observed, a friend without equal and an enemy without mercy.

And while I wage an endless war within myself to find some workable balance between these two things, I have never once considered giving up motorcycles. That ship has sailed, and that soul has been sold.

And I regret nothing. Motorcycling has given me a life so rich in experience and emotion, I will never be able to understand why everyone isn’t doing it. That such a simple, easy-to-attain thing – two wheels, an engine, and handlebars, controlled by vague spatial awareness and basic motor skills – can provide a man with such a wealth of pleasure, will always astonish me.

I can’t. It has almost killed me countless times, and yet I persist in some kind of selfish self-pandering way which I struggle to explain to people who don’t share this addiction.

My son, whom I love with every fibre of my being, first evinced an interest in riding motorcycles at around the age of 16. I had neither encouraged him to or discouraged him from riding bikes until that time – figuring he’d make the call himself when and if he felt the pull.

“Let me explain something to you,” I said, motioning him to a chair opposite me. “This bike-riding stuff is not for everyone. And it is certainly not for people who just ‘think’ they want to ride. Motorcycling is a blood-sport. It will kill you or maim you if you are crap at it. Do you understand?”

He nodded. His eyes wide.

“Good. Next weekend we are going to Darren’s property and we shall measure the depth of your passion.”

And so we did. And Andrew went dirt-bike riding. And then Andrew crashed into a tree and hurt his leg a little. And then Andrew’s dad explained to Andrew that if he was to make such an error on the road, his life may well end. And as Andrew picked up his borrowed bike and limping heavily, pushed it back to the shed, he must have given my words a lot of deep thought. Because I did not raise an idiot.

A few days later he said words to me father’s rarely hear from their sons. “Dad,” he said, “You were right. I don’t think I want to ride bikes bad enough. I thought it might be a bit of a laugh; something you do now and again…but it’s not. It’s an all or nothing thing, isn’t it?”

I hugged him. He understood.

Motorcycle is and must always be an all or nothing thing.

It has always been that way for me. I cannot see it or deal with it in any other way. It does not compute in any other format.

I think that is why it has never gotten old. I think that is why every run I go on still fills my belly with pre-run excitement as I go through the now decades-old rituals of preparing my gear and myself. I still give the bike a once-over – even though I have been blessed these many years with an endless succession of test-bikes which usually need nothing more than their tyre pressures checked.

I still adore the wind, and the road, and the smells, and the sheer primal immersion riding gives me – and never fails to give me. It has never let me down in that respect.

Surfers chase waves, climbers seek out mountains, and there’s no end of ways in which the human animal seeks to fill his soul with wonder and joy.

As a motorcyclist, I can mainline that wolf-eyed super-ecstasy the moment I ride out of my driveway. I don’t need to look or wait for waves. I don’t have to travel to measure myself against mountains, ocean depths, or the endless vacuum of space.

Life is many things to many people. We all struggle from time to time, and we all suffer the slings and arrows of outrageous fortune as Shakespeare observed hundreds of years before bikes were invented. Sorrow finds us all, as does tragedy, and despair. But happiness and joys finds us from time to time as well, and unless you have known sadness, you cannot know happiness. Someone who is relentlessly and endlessly happy is actually brain damaged.

So go for a ride. 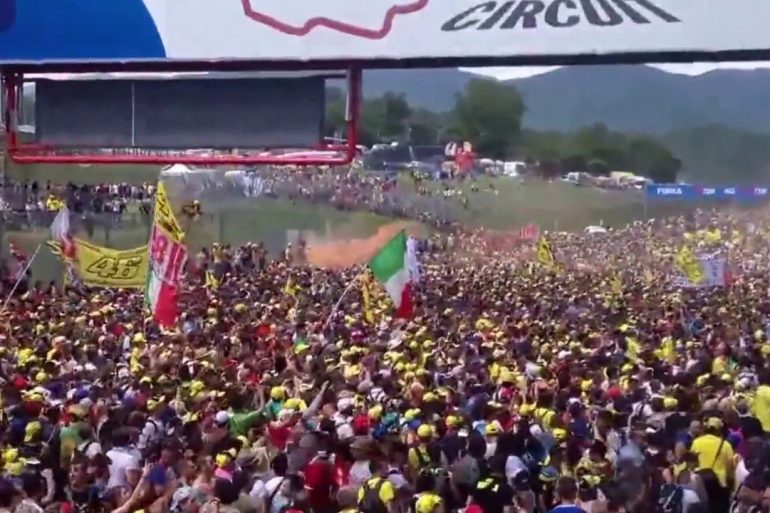 Next
THE ECSTASY OF SPEED