And some other stuff...

“You plan on de-bearing yourself before we go to my father’s place for Christmas?

“Are you bear-shaming me again?”

“No, but there’s far too much fur going on for my father’s Christmas lunch.”

“Oh. That. Yes, I have made an appointment with my barberette to shear me and shave me so that I will present well at your father’s house.”

“Please don’t get her to hang silver skulls in your beard.”

“Too festive. My father has had a heart operation. The last time we got together was when you told him you’d be happy to torch the pub with the shit seafood platters and put the rude staff to the sword. He was back to see his doctor two days later.”

“He seemed fine with the torching and the swording when I brought it up. And it was just a check-up. I think you’re underestimating your father’s will to live long enough to see the pub go up in flames.”

“No flames, OK? His neighbours will be at this affair as well.”

“Does that mean we can bring other people too?”

“Not even your crazy brother?”

“No, the other crazy brother. The really crazy one.”

“Oh come on, where’s your Christmas spirit? We can swing by Woy Woy and grab him and his new ice-smoking girlfriend, and her other boyfriend, Thundercock.”

“Are you insane? They can’t go to my father’s house.”

“Well, no. Not as things stand. They have no transport. But I can put them in the back of the ute and tell them to lie still until we get there. They’ll behave. I’m good at ensuring compliance from people like that.”

“No. Fuck no. Forever fuck no. Just go an de-bear yourself. That’s all you have to do.”

“You also have to not eat everything on the table. There will be other people there who will also want to eat.

“It’s always a race. You know that. I’ve been telling you that forever.”

“Surely I can drink all the beer to compensate for your deprivation of my nourishment?”

“You’re more than nourished enough and you have to drive home. And you can’t drink all the beer, or even most of the beer like last time.”

“Why can’t you drive home?”

“Because I need to sedate myself with white wine and vodka to cope with my family.”

“I have offered to help you in that regard.”

“What you’ve offered is like the Final Solution. Which is not a solution at all. And wine is a perfectly adequate coping mechanism.”

“But just think how well-behaved everyone would be if you’d just allow me to give my presentation.”

“You standing on a chair with a ham-carving knife and advising my family and their neighbours, that if any of them turn into Christmas fuckwits, and insult me, our son, you, the Serbs, motorcyclists, or bull terriers, this will result in a stern reckoning none of them will enjoy, is not a presentation. It’s a threat.”

“It’s actually more of an explanation of the cascade effect to certain unwelcome actions.”

“What are you? Some kind of lawyer?”

“When are you being de-beared?”

“Can I get her to shave a Christmas lighting bolt in the side of my head?”

“What about a Baby Jesus?”

“Listen to me! There’s no shaving of anything into the side of your head. There’s no yellow Rossi-colouring or Serbian flag-colouring, and there’s no beard-skulls. There’s no gluttony, beer-sculling, or twelve-scotch tastings. And there are certainly no fucking presentations to my family about what you feel are the correct behavioural norms at Christmas gatherings. Am I making myself clear?”

“Get away from me. We’re not hugging. We’re not kissing. Stop moving into my personal space.” 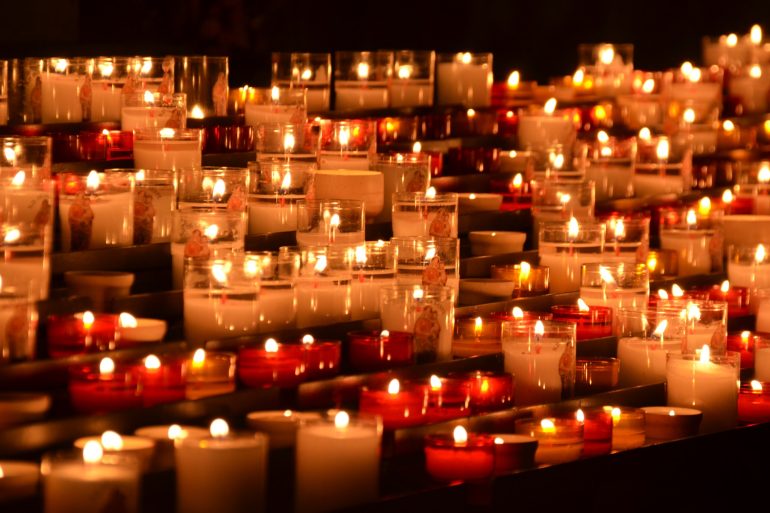 Previous
SHIT MY WIFE SAYS – “Your speaking time is over…”