It's our favourite program

It’s fair to say my beloved wife’s tastes in television shows vary widely from mine. I love seeing Korean gangsters beating other Korean gangsters with pipes. She enjoys period pieces where the nobility is full of treachery and lust.

But there is one show where our tastes align, and which we hugely enjoy watching together. That show is Alone.

If you’ve not heard of it, it works like this:

The contestants must survive in this wilderness entirely alone, equipped only with some very basic survival gear (10 items), and a heap of camera and sound gear, for they are to continuously film themselves. The person who lasts the longest, wins $US500,000.

A more honest “last man standing” concept is yet to be devised. And it’s hugely entertaining and intriguing to watch, as you can imagine, and I highly recommend it. It’s now in its eighth or ninth season, I believe, and there is also a Norwegian version – which I will get to in the fullness of time.

My wife loves the show. I think what she most enjoys about it is sitting in cruel judgement upon the hapless contestants as they lose half their body weight because they can’t find enough food, or go slowly insane from the sheer loneliness of their situation. Or both at the same time. They also fall down and injure themselves, their health, both mental and physical, turns to shit, and what starts out with big smiles and high hopes, invariably turns into a nightmare. As far as Reality TV goes, it wins hands down.

The US/Canadian production dumps their contestants above or near the Arctic Circle as winter approaches, so they have limited time before the snow comes to build a decent shelter, find a food source, and then tough it out hoping other people will quit before they do. The chance of winning half-a-million bucks is a hell of an incentive.

And watching this show with my wife is simply hilarious.

We both agree that the winner of Season Seven, the astonishing beast called Roland Welker, who spent 100 days alone and went home with a million dollars (it was a special season, that one), was simply magnificent.

The bastard built himself a dwelling out of gigantic boulders (contestants nearly always use wood and a tarp), and managed to kill a fucking musk ox with a knife, thereby assuring himself of massive amounts of food as winter set in.

“He’s a fucking monster!” Lynette squealed, as Roland butchered the musk ox, then hauled the portions, in relays, several kilometres to his shelter, and put them in a “freezer” he’d made from boulders and trees so the bears wouldn’t eat his meat. He then made clothes out of the hide, used the animal’s brains to lubricate his face, and seemed to greatly enjoy sitting in his rock-house while the other contestants dropped like flies.

“Could you do that?” she asked me one night, as Roland ate the musk ox’s eyeballs, while making a tote bag out of its stomach.

“He’s much bigger and stronger than me, and 20 years younger, but yeah, I reckon I’d give it a fair crack.”

She looked at me coolly. “You could kill a musk ox with a knife, butcher it, cart it 16 kilometres through the snow, then smear its brains on your face so your skin doesn’t dry out from the cold?”

“Yes. Or I would die in the attempt. I’m not squeamish. I get the survival thing and I am possessed of some skills in that regard which I acquired in my youth. And I’m stubborn as fuck.”

“That’s what I thought,” she nodded. “You’d better not turn out like one of these crying bitches who wants to go home because he’s lonely and misses his wife and kids. You go out there, you stay the fuck out there until you win. Don’t come home because you’re fucking lonely and miss me. I’ll fucken do you with a shovel if you shame me like that.”

“I swear to you I will die in my lean-to before I would tap-out.”

“What if a doctor comes to medically disqualify you?”

“Good. I would expect nothing less. No crying. No whimpering. No staring at my picture and touching it with your thumbs. Survive. Win. Or get fucked.”

“I know nothing else. This is why they don’t do this show with Serbs.”

“You have no wilderness?”

“Oh, we have tonnes of wilderness. It’s not that. We’re just too stubborn for our own good. All ten Serbs would sit out there for hundreds of days. They would die in their own filth rather than quit. Like me, they’d kill the doctor who came to tell them he was pulling them out due to medical reasons.”

“That would make a great show.”

SHIT MY WIFE SAYS – “THERE, BUT FOR THE GRACE OF GOD…”

“Maybe the first 78 episodes. After that it would just get too weird to film.”

“I just don’t get some of the people who sign up for this. The women seem to be less lonely than the men, but they struggle more with finding food. So they just get too hungry to carry on. They need to spend less time communing with nature, apologising to squirrels they’ve killed, and kill heaps more of them. The fuck they think this is? Some Earth Mother Hashtag Me Too empowerment bullshit? On it, bitches!

But the blokes…what massive fucken sooky la-la cunts some of them are. Get the fuck, dickhead. Stop crying. What the fuck kind of woman wants you to come home a fucking teary failure who was too lonely to continue? Half-a-million US means you stay out there until you die or win. Lonely be fucked.”

And this was pretty much it, until the Norwegian version of the show popped up on our SBS channel.

So the US/Canadian version features some very hard-core survivalist types. These people know their shit. The Norwegian version…well, it looked like they’d just pulled some people in off the street and asked them if they felt they might like to go camping.

And there was no prize money. This was about honour.

Lynette lost her shit with them. Here is a selection of her observations…

“What the fuck, bitch? Get up out of your sleeping bag and go fishing, for fuck’s sake! You have no weight to lose you bulimic idiot!”

“Oh fuck off with that yoga bullshit, you dumb moll. Salute the fucken sun? How about you salute that fucken pile of rubbish you think is a shelter? It’s already fallen down twice.”

“Why are you crying, cunt? You’re not a fucken Viking. You’re a fucken bitch. A massive, bearded bitch who lives with his mum. The poor woman now can’t show her face in town because you’re sobbing like a slapped whore.”

“Oh for fuck’s sake! The animal is dead. You killed it because you haven’t eaten in five days. Why are you apologising to it? Gut it, skin it, eat it. Move on.”

“You said sorry to a fish. Get fucked. Just get fucked. I hope you fall in and drown.”

“Is she a little bit mental? What’s wrong with her? She’s a vegetarian? Seriously? Fuck off. How much bark can the stupid bitch eat before she dies?”

So yeah, it’s the best show on TV for my money. 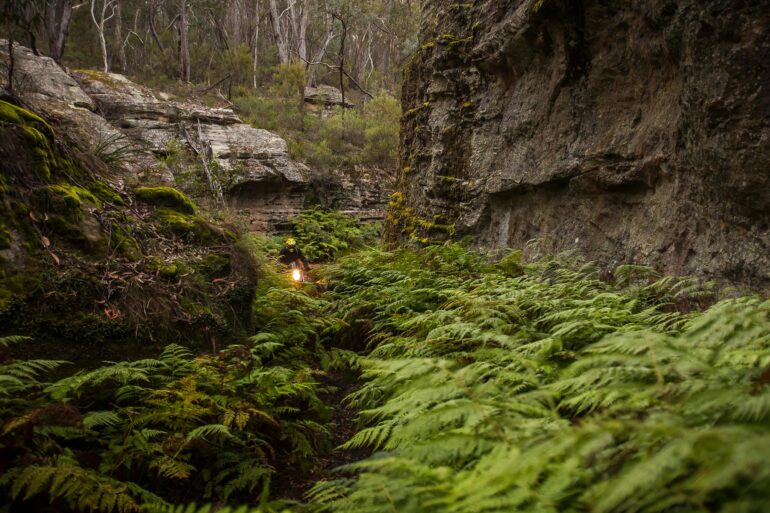 Next
YOU NEED TO GET DIRTY