Few sportsmen on this earth risk what these gods risk...

I often wonder what goes through the minds of MotoGP racers as they exit the pits.
This is crunch time. The intense team-buzz of the pits is behind them and they are alone in their helmet. It’s a lonely place. It has to be. Because there is no room for anyone or anything else for what happens when the red lights wink off.
Their focus must be superhuman. Their resolve made of thrice-forged iron. The intensity of purpose must be off the scale.

They wouldn’t be there otherwise.
I’m sure every racer shares a small part of this.
But it can only be a small part of whatever it is because there are not all that many MotoGP racers currently racing. Twenty-two at last count. There are more people standing on the Hillary Step awaiting to summit Everest.

Rolling out of the pits, there would not be a lonelier superhuman on earth. It is now all down to him.
Getting there is a team-effort, of course. But the doing of it as he exits Pit Lane, the supreme execution of the next 45-odd minutes, is all on him. The mistakes he may or may not make are all his. The glory or the despair is likewise all his. The high of winning cannot be measured. The bitterness of failure is likewise without bottom.

The buck has stopped. It has nowhere else to go.
Fittingly, there are millions of dollars at stake.
Terrifyingly, their lives are also very much at stake.
In terms of motorsport, MotoGP is as dangerous as it gets. Only the Isle of Man TT maybe takes it up another notch.

But all levels of motorcycle racing are dangerous. It’s why we watch it and why racers race. And when we watch we know if we lived a thousand lifetimes, we would never possess the skill, the focus, the sheer heft of testicle required to do what they do – lap after lap, race after race, season after season. I look at 40-year-old Rossi and feel I am beholding God.
But the other 20 riders are just as committed, just as determined, and just as inhuman as The Doctor.
And just as magnificently lonely.

What must it be like to breathe an air so rare? What can it feel like to know what you do cannot be done by 99.999999999 per cent of the human race? No amount of training or tutelage will make you great in this sport. Genetics and mutations are in play here.
What could it feel like to sit on that hallowed grid, bike in gear, clutch engaged, shoulders hunched forward, eyes fixed on the lights, while your brain enters a place denied to almost everyone else on earth?

I cannot even guess because I have no terms of reference. From the comfort and safety of my couch, I am so removed from the smell of their helmet-breath, the gall of their leathers, and the weight of expectation of millions of spectators, I might as well be another, immensely lesser, species on another world.

The loneliness of the MotoGp racer must be stupendous. The force of will required to cope with that loneliness, defined as it is by mortal danger, litres of adrenaline production, and the ruthlessness of a mass murderer, defies comprehension.
But it deserves adulation.

Not the vapid: “Gee, these blokes go alright, aye?” If that’s what you think, you’re not getting it. Racing 270hp prototype motorcycles – two-wheeled missiles ridden on the razor’s edge of madness – has to be simultaneously the most glorious and most isolating thing on earth.

Motorcycling is, by its nature, a lonely and selfish pastime. Sure, we all enjoy the social aspect of it – which is invariably before and after the actual ride. Because you ride exactly as you die – entirely alone. There might be 50 other bikes riding along, but only you are riding your bike. No-one else.
I guess this is why MotoGP speaks to me and others like me. It is the extension and ultimate apotheosis of what I do, but done at a level I cannot comprehend. And by men who transcend humanity as I understand it. They occupy a place I am privileged to see, but only from afar.

And only they can see and know the place inside their heads that enables them to do what they do.
That place must be as lonely as space itself. It cannot be anything else. A place of total and immutable isolation from the rest of humanity. It is a place as beautiful and terrible as it must be in order for Marquez, Rossi, et al to do what it is they do.

Because it’s not about money. Not really. Not when you think about it.
I think it is about glory. Personal glory. Which is glory, sacred, pure and true.
And it is the loneliest place a man can ever be, because only in such soundless, screaming loneliness can he actually find himself.
I am in awe of them all. 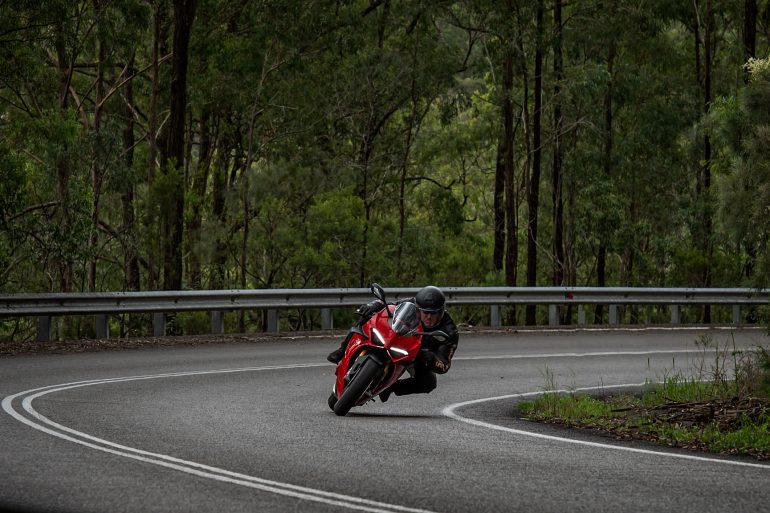 Previous
A MAN WITHOUT REDEMPTION