I hope I did him justice...

And now it has.

Last night, on the eve of the Austrian MotoGP and just after the longest summer break in MotoGP history, Rossi held a special press conference and announced his retirement at the end of the 2021 season.

This morning, the predictable onslaught of cliched tributes, accompanied by a slew of mealy-mouthed sniping from his detractors, filled my feed.

How to deal with this?

Sure, I could re-hash his statistics, and quickly churn out some hackneyed dross, whack a pic up next to it, and consider my job done.

But Valentino Rossi deserves better than just a shitty lip-service tribute to the most remarkable, and indeed, the greatest motorcycle racer of all time.

He alone stands above the sport of MotoGP. He has transcended it. And at 42 years of age, he has decided to cash in his chips, and walk away while he can still walk – head high, and shoulders back, precisely like the champion he is.

He is, of course, MotoGP incarnate, and Dorna knows it. It is thanks to him, and him alone, MotoGP enjoys the popularity it does.

How this all came about is history, and I have no intention of re-hashing that. There will be lots of people who will do that, mostly poorly, so I shall leave that to them.

I have a different relationship with Valentino Rossi. I write this as a rabid Rossi fan, and as an impartial observer of and reporter on the sport – a juggling act that takes some doing.

I have been a fan of Rossi’s since his first 125cc championship. I have not faltered. I have not doubted. Through all the ups and downs, through all the controversies, I shared his glorious victories and his crushing defeats.

I have seen him race at Phillip Island and I have lost count of the nights I’ve sat on my couch in my underpants and watched him win. Or lose. It didn’t actually matter, as long as I felt a part of his MotoGP journey – and I always, always, always felt that. That was Rossi’s special magic for me, I guess.

Here I was, a million miles away from him. He didn’t know I existed, and probably never would. But here I was anyway – hanging on his every start, his every pass, his every podium, his every triumph, and his every fail. When he smiled, I felt he was genuinely happy (which made me happy), and his grin wasn’t some fake rictus of contrived joy I’ve seen on the faces of some of the MotoGP robots.

I have always watched him in child-like awe, and I always knew I was privileged to be seeing something truly great and unrepeatable.

Before he came along, there were a slew of great racers. All of them dour, mean-eyed killers who hated the media, and were indifferent or openly hostile to the fans. MotoGP was a sport you looked in on from without.

Then along came this cheeky, impish child-God, who looked like a bit of a monkey, but rode like nothing anyone had ever seen – and great Mother of God! He looked like he was having a ball!

And that was it. I drank the yellow Kool-Aid. I was suddenly invested in a racer on a personal level. I liked him. I genuinely liked him – or the persona he projected.

I was in awe of Doohan, disliked Gardner, venerated Roberts, squinted at Schwantz and Rainey, and shrugged indifferently at both Crivillé and Roberts Jnr. But Rossi? Hell, I stopped liking him and started loving him very quickly.

He changed the sport. And he changed it for the better. No-one can argue that. He single-handedly made it more of a spectacle. He made it more personal. He made it fun – and to take a sport with such a stratospheric danger level and make it seem like fun…that’s beyond special.

Sure, there may come a day when some other racer will eclipse The Doctor’s nine world championships. And I will salute and applaud that when or if it comes. But it will never change my view that Rossi is the greatest motorcycle racer of all time.

I have never met him. But I have some very good friends who have, both socially and professionally. And to a man they state that Rossi in real life and in social situations is exactly as he appears to be when the MotoGP cameras are on him.

Happy, engaging, intelligent, and wickedly mischievous – and when you combine that with an unearthly ability to ride a bike faster than anyone else on earth, it stands to reason why he is who he is and where he is.

Even now, in his final year – though there’s every chance that he will stick his hand up for a few wild-card rides in the coming seasons – he is riding faster than he’s ever ridden. He has re-invented his riding style time and again, and adapted to two-strokes, four-strokes, and a bunch of different motorcycle marques.

I don’t think he’s any less hungry than he once was. I reckon he wanted that 10th world title as bad as he’s ever wanted anything in his life. I also don’t believe racers who have breathed the rarefied air Rossi has, ever lose the drive to race and to win. I just think he’s decided the risk is no longer worth the reward, no matter how much the hunger gnaws at him.

This level of racing cannot be about money. And it cannot be about fame. Rossi has more of both than he probably knows what to do with. He always said he would do this until he no longer enjoyed it, and I reckon that’s where he is right now.

He hasn’t won a race in a long time, and that didn’t look like changing (as hopeful as I remained), and I guess he was just over being a grid-filler. There cannot have been any enjoyment in that at all.

And so Elvis will leave the building at the end of 2021.

But know this. Rossi’s story is not yet finished. There are more chapters to be written.

All I want now is for The Doctor to finish this season hale and well. And then for him to enjoy a retirement as rich, wonderful, and rewarding as all the joy and pleasure he has given me for more than two decades. 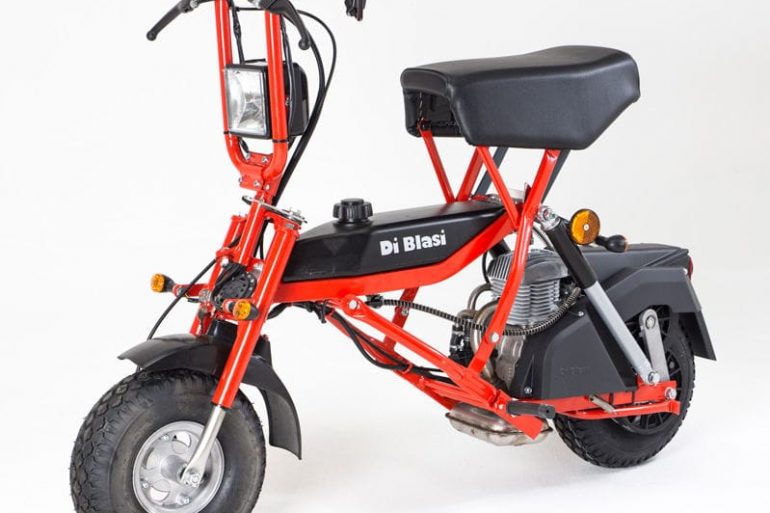 Next
THE PLAGUE – WHAT’S THE END-GAME?