I hope my story about my wife's cancer journey helps someone in some way...

I got Lynette to read this thread yesterday. She got to the second page and simply started crying.

“I can’t read anymore,” she said. “These people are…overwhelming. How can people be so kind? They don’t even know me.”

But she will read the rest of it eventually. It will do her good. At the moment, she has to wrestle with enough emotional demons.

I took her to our GP yesterday – a man to whom I owe much. He cared enough to pursue the cause of her initial anaemia, rather than just treat the symptoms by prescribing sleeping pills, like the first doctor she went to. If it wasn’t for him and the fact that he gives a shit about his patients, things may have gone differently.

Anyway, he examined her and pronounced himself satisfied and somewhat amazed. Lynette’s surgeon we were told was highly regarded and at the “top of his game”. Naturally, I took this with a grain of salt and dismissed the assurances of both her GP and her gastroenterologist as nothing but empty words meant to comfort people in shock.

Apparently, not so empty. Her surgery was a combination of a laproscopy and keyhole thingamy which has left her without a forearm’s length of sigmoid colon, a slim 10cm scar on her bikini line, and three keyhole puckers that are already fading.

This type of surgery for this type of condition is still somewhat rare, but seems to halve recovery time. Lynette is walking around (albeit slowly), sitting down and getting up gingerly, and tires easily, but seems otherwise to be mending remarkably well. Certainly faster than I imagined was possible for a person who has had their bellyguts and sweetmeats pulled out of a narrow incision and placed on a table for examination.

As her surgeon was recounting her procedure to me, he asked if I rode a bike and pointed at my Aprilia T-shirt. I said that I did.

He then said: “I have a first series Ducati 916 that I ride to Orange now and again.”

“That would be an ergonomic challenge,” I offered.

“Indeed it is,” he agreed. “But I simply do not understand why anyone would want to ride one of those upright bikes.”

I have yet to build this man a shrine (as I’ve said, these woods we’re in still have some size in them and we have a ways yet to walk), but if it all comes good, I shall eagerly lay the first brick.

Cancer has a remarkable way of focusing your mind on what is really important and what is not.

Regarding these amazing offers of “help”, I may also come to regret not taking them up, but to be perfectly honest, I really don’t even know what to ask for. I am unaccustomed to asking for help, certainly, but it is more than that.

I just don’t know what I even need. I’m far too busy doing all the things around the house my remarkable wife once did (and nowhere near as well) and making sure my son’s transition into high school is as neat as it can be, to even consider what I should ask for or expect.

Obviously, this may appear to be some kind of failing in some peoples’ eyes, but that’s the way I am. Children without siblings (I am an only child) are ferociously independent and then there’s that whole stubborn Serb thing going on. I’m doomed to do as I do. Ask Scrambles and his lovely lady Claire, who cooked me a big mess of lamb shanks and despite my protests, forced me to take them home and eat them. And let me be the first to say that Claire is a goddess when it comes to lamb shanks. It is right that Scrambles has culled her from the herd and made her his own, as any woman who can cook lamb shanks like that is a keeper.

But even this inordinate act of kindess wasn’t crucial. I’m a dab hand around the kitchen and my son’s dietary needs are not exotic. I am managing, but I am very busy, as you can imagine.

Not having a licence has placed an added hurdle in my path, but as a good friend once advised me: “Prior to committing ANY offence, make sure you have a defence ready.” I have this defence and would be keen to test it in court should the need arise.

Interestingly, one of my great comforts is the War Bear (my Rottweiler, Bane), who has morphed into this amazing creature of stoic resolve and deathly purpose around Lynette.

He is somewhat of an ox at times, and at other times is possessed of the grace of a hunting leopard (much like myself after 12 beers). He wards her as if she was his very own mate, walks in front of her with that hilarious arse-swinging gait that Rotties have and stops every few feet to allow her to catch up.

He rarely leaves her side and seems alert to every grimace of pain from her. He sniffs her belly with great care and makes it look like he would dearly love to lick her wounds back to health. At night, he rests his big head on my chest and comforts me in ways I cannot understand. I am very glad I have him around. He is always on and he is always dialled all the way to 10. None shall pass while he wards us.

We received the pathology today.

It seems that out of the 33 lymph nodes removed during Lynette’s op, one showed signs of cancer.

This now means that she will have to undergo a regimen of chemotherapy.

At first bite, the aggregated sudden horror of this almost undid us.

But then the oncologist explained further…

It seems the chemotherapy she is to undergo is not the screaming destruction inflicted upon leukemia sufferers. On a scale of one to five, with five being the most aggressive and appalling chemotherapy (in terms of side effects), hers is a two-and-a-half.

I am grateful for even this small mercy.

It will last six months, via 12 fortnightly treatments. And it is to be considered in military terms a “mopping up” operation to cleanse the theatre of any lingering threats.

She will certainly experience nausea, for which there are drugs and this form of chemo is generally considered “not too bad” – though I have no fucking idea what they’re using as a benchmark for that.

I asked about alternative treatments and was informed there was some great stuff in the works. One type of chemical would be made available to us for $7000 and was to be used in conjunction with another one which would set us back $100,000), but it was all still undergoing clinical trials and would maybe come on-line in about five years.

But the oncologist then stated that my wife really didn’t need that kind of aggressive chemo, and was confident that if she could bear the following six months, her long-term prognosis was quite positive if she is monitored closely for the rest of her life.

So there it is. There is still uncertainty, there is still fear and there is still a horrible feeling in my gut when I think about it and let my hugely effective imagination fill in the details for me.

But at this moment, she is, in the doctor’s own words: “You are cancer-free”.

We are not out of the woods and we shall certainly face some difficult and certainly trying times ahead.

But I will not succumb to despair and I will not permit my wife to succumb. The kindness and consideration shown to us from the people on this forum has left us speechless and humbled beyond my ability to express. I would shame my ancestors and the great people here on this forum if I did not keep on…well, keepin’ on, I suppose.

I will never be able to repay any of you in any material way for your kindness.

But know this: Should any of you ever need me or my help for whatever reason, be assured that it will be provided immediately, without question and with joy that I can in some small measure return to you what you have so selflessly given to me and my family.

Thank you once again.

I have always known my wife to be a brave woman – but as each day goes by and we’re given a another mountain to climb on this most vile and intrusive of journeys, I am increasingly in awe of her determination and courage.

Today we went to hospital to have a PortaCatheter installed.

This is triangular device about the size of 20-cent coin that is implanted under her skin near to her clavicle and has a plastic tube emanating from one end of it that goes directly into her jugular vein.

The Portacath (as it’s known for short) enables her to receive her six-month regimen of chemo directly into the biggest and most viably beaut vein in her body. Apparently, this is a good thing, as repeated canula insertions into the veins of the arms is ultimately rather destructive for those small veins.

My heart breaks into tiny screaming particles each time I look at her. She appears so frail and so insuperably brave and unconquerable at the same time – it is like looking at a living paradox.

We have had chemo therapy explained to us and we have read the literature. And nothing is able to assuage this screaming feeling of dread and horror we’re going through as I type this. She is certainly made of sterner stuff than I am, because she seems almost resigned to whatever comes next, and I want to destroy the world and save her another nanosecond of pain. Fuck, if I could transplant her pain into me I would do without a second’s hesitation.

You end up living with all of your dials turned up to 10 all the time. You are constantly on guard, on watch, and your war hackles are always up. Intersperse this never-ending level of hyper-alertness with bouts of dizzying depression and you can see where I live right now.

She now gets to enjoy a week of waiting before I take her back to hospital so they can pump poison into her.

I cannot tell you how much I am looking forward to that. 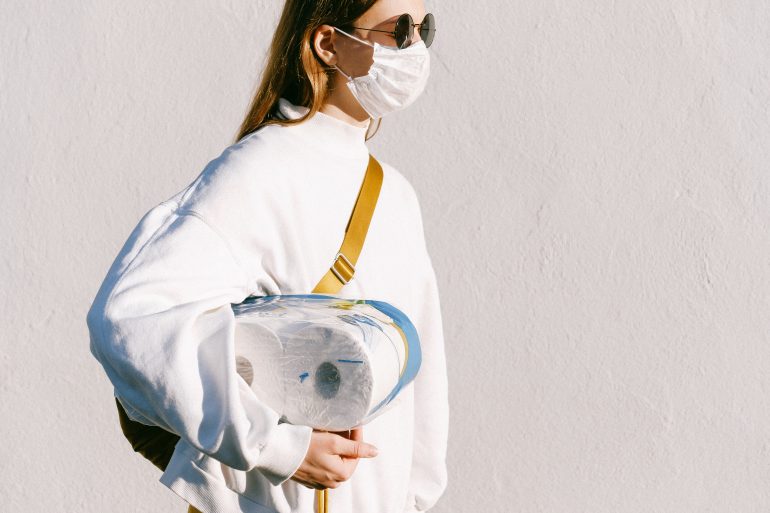 Previous
THE MOST TERRIBLE THING I HAVE EVER WRITTEN – PART THREE

Next
THE MOST TERRIBLE THING I HAVE EVER WRITTEN – PART ONE