And that’s that for 2022. But the beat goes on. Still, like most of us, I tend to look back on each year that passes – with increasing swiftness, I might add – and consider the implications going forward.

I’ve learned not to bother overly much about the past, since it cannot be changed, and I sleep better at night as a result.

So here’s my year in review…

WHAT MADE ME HAPPY

I rejoice that my beloved wife, Lynette, has not had any major setbacks regarding her health. There have been the usual roller-coaster issues which knock her around a bit, but our journey through the dark and terrible forest we entered more than a decade ago, continues. That we can continue on the journey at all makes me happy.

My son, Andrew, continues to fill my heart with pride and joy. He certainly vexes me, but sons exist primarily to vex their fathers, and I’m across that.

My own health has been stable, and my struggle to kick the durries goes on. I will win this fight or Lynette will kill me before the durries do. I attend the weights room religiously, six days a week, and I have seen certain gains in areas I have targeted. But gains are a relative thing at my age. The primary goal is to stop the rot, and not cry for very long when the squat rack humbles me.

I have completed book number four, Shit My Wife Says – which was not the book I set out to write this year, but since it kind of wrote itself, and there was a great clamouring for it, I figured I’d release it before the other two I’m writing.

I have also reached an agreement with a certain person within the great motorcycle pantheon, and I will embark upon writing his biography in 2023. I have a June deadline for this, and this is very exciting for the both of us.

I finally got the chance to tell someone who needed telling, to go and get fucked, good and proper. Ideally, a savage beating should have accompanied it, but it was not the time or place. Hopefully, that’s still on the cards. If you’re going to white-ant me, talk shit behind my back, then blink in pretend ignorance and feigned innocence when I confront you about it, it will not end well. The worthless, talentless, freeloading bum now understands more fully what a shameful blight he is on all things motorcycling.

The utter disgrace and collapse of Scummo and his cabal of worm-eating rubbish at the polls caused a great rejoicing in my soul. The advent of Albo and his communists has somehow not ushered in the predicted collapse of our society – and I admit it’s quite refreshing not be bombarded daily with some Federal Government atrocity, which Scummo would smirk his way through while telling us all to go fuck ourselves. The Labor party seems to be performing its government business “over there”, at a remove, while not incurring the wrath of the population, and that’s all one can hope for.

I made some great local friends in the last year. Wonderful, honourable men, I greatly enjoy riding with. It’s made my move to Singleton even more worthwhile. And it’s been pretty damn worthwhile since I made it, if I’m being honest.

I’ve still got Bad Man Jose. I thought I would lose him earlier this year, but the beast pulled through, and after recently having seven teeth removed (he is almost 14), bounced back in 24 hours, and is once again a life-support mechanism for a wagging tail, a bottomless appetite, and a love-filled soul of pure gentleness.

My website earns me a little bit of money, and it’s quite amazing to be actually paid by readers for my work. I am eternally grateful to Ryan for building the site and encouraging me to monetise it. You were right, I was wrong. I am also endlessly thankful for the generosity of the people who think enough of my work to chuck me a few bucks a month to keep it happening. For you good folks, the first beers are always on me.

The success of the podcast, MotoPG, has blown me away. Freido always said it was gonna work. Dave and I did not believe him. Who the fuck was gonna listen to three honking fools having the same pub conversation they’d always had in the past (and been thrown out of the pubs for having it) round after round? Tens of thousands of people, apparently. The whole damn MotoGP paddock listens to it. We were wrong, and he was right. Damn his dark Sicilian soul.

WHAT MADE ME SHIT MY PANTS

I fell off a bike this year. A Moto Guzzi V9 Bobber. Massive shame, a few bumps and bruises, and a gleaming coat of diesel was all I had to show for it. I don’t fall off often, despite the miles I ride, so when it happens, my humiliation is profound – and in this case, untempered by hospital-grade chemicals.

Being approached by a one of those legendary Top Of The Gamers, and told we couldn’t be friends any more, was utterly hilarious. I remember wondering what friendship this idiot imagined we’d ever had, then realised my innate politeness could be mistaken for friendship by people who are desperate for it.

The relentless descent into irrelevancy by most sectors of the motorcycle media continues to make me smile. There really only is Trevor Hedge doing great work at MCNews. The rest? Well, after another reshuffling of mediocrities masquerading as magazine editors among the few titles and platforms that remain, we still have the same sad choomlahs milking the industry for whatever they can still get. The challenge I set them remains: Write a single memorable sentence, you gormless fucks. Just one. Show me why you’re not worthy of the contempt you’re rightfully held in.

People don’t really have a reason to be stupid anymore. They hold the sum total of human knowledge in their hands. That iPhone is a marvel in that regard. Yet so many still choose to faithfully believe the media narrative on almost every topic that pops up. From horrific foreign hostilities, to the cookers killing cops killing cookers pantomime, the ingrained belief and blind faith of so many is truly perplexing. It can only be bestial stupidity that permits people to believe the cops are doing a great job, full of heroism and altruism, just to keep us safe from harmful evil. Or terrorist vampires. Or something. It is the same stupidity that permits people to believe bullshit like “Rules-Based World Order” and “the International Community” actually exists, and means something other than what certain nations want it to mean when it suits them.

WHAT I HOPE FOR

Like always, I hope for continued good or reasonable health for my family and my friends. I hope to get back to Europe this coming year, this time with my beloved wife, because I promised her I would do this and then the Plague came and fucked all that up. I always keep my promises to her. To do otherwise would be unthinkable.

I could hope for happiness and wealth, but I’m not stupid like the people who actually hope for those things.

Happiness is something you can’t hope for, because it’s entirely contingent upon your mindset. And you cannot know happiness unless you’ve known sadness and despair. Anyone who is happy 24/7 is mentally retarded. Doing the things that give you joy is incumbent upon you. And you can simply do them. Hope plays no role in happiness at all.

Wealth is also something you can’t hope for. It’s something you have to work relentlessly to get and then keep, and it’s by no means a guarantor of happiness. I know a few very wealthy people. Not one of them is actually happy very much at all. But that’s the price they feel they’re prepared to pay for what they have, and that’s fine. But that ain’t me. It was never going to be me, which is why I chose the path I’ve always walked – and paid my own price for that choice.

Because we always have to pay the piper for our choices.

So I hope you all have a better 2023 than you expect to have, and that it’s an improvement in every way on your 2022. Go easy on yourself. There are more than enough pricks out there who won’t. Ride well, ride often, and try and laugh a lot.

Happy New Year to you all. 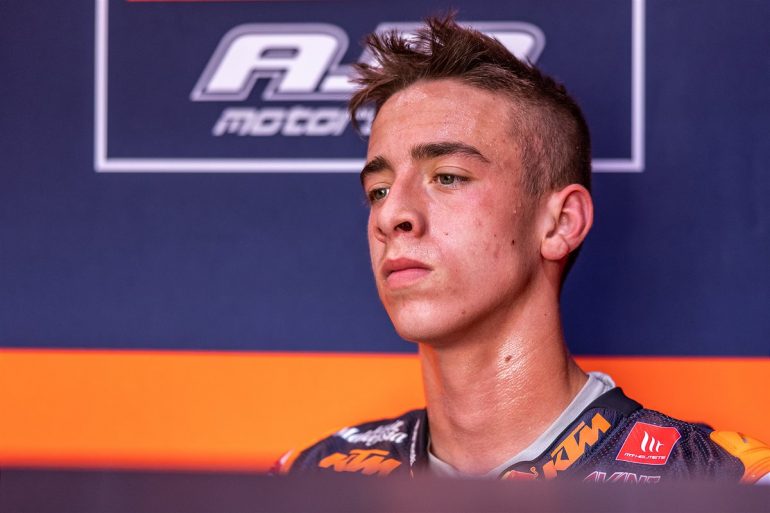 Next
SHIT MY WIFE SAYS – “Your speaking time is over…”