MY FRIDAY AT THE GREY GUMS

It was a strange and baleful day full of assumptions, tactical inspections, willful blindness, and a body odour that would fry cheese…

It was a strange and baleful day full of assumptions, tactical inspections, willful blindness, and a body odour that would fry cheese…

Grey Gums was closed today for a private function. Like totally closed. It was only the pure milk of human kindness that allowed any use of the public toilet facilities – and I am way down on that kinda milk.

So as Henryand I prepped the place for the guests who would arrive at noon, my milk was not a-flow. To establish how non-flowing it all was – and please appreciate my position having cleaned the shitters to within an inch of their lives and then to have them polluted by non-paying guests is simply a bridge too far – Will and I felt we had to definitively demonstrate the café was closed.

The usual massive and illuminated signs don’t seem to have much of an effect. So we went to the next level. I placed big traffic cones across the driveway where the bitumen ends and the carpark begins and put two massive signs in front of them. One said “CLOSED” in big red capital letters and the other said “PRIVATE FUNCTION GUESTS ONLY” in similar letters. I felt they could be seen from space.

Ten minutes later a bloke rides past the signs, pulls up in the bike-parking area and starts to disrobe.

“I just need to check my messages and have a bit of a rest and a stretch. I’ve been riding for an hour.”

“Yes, a true marathon of endurance,”

“I didn’t see any signs!” he snapped. “I have a helmet on and it was raining!”

I had never seen a true blind man ride a bike before, so I may have looked a little nonplussed. But I recovered.

“Try not to hit them on your way out,” I said, and pointed. “That’s them right there where the traffic cones are.”

He left in high dudgeon.

I resolved to talk to Will about going up a level next time, and ramming the blind and illiterate with Big Red Sexy as they rode past the signs. Then another interesting creature arrived. Two creatures actually. But on was more interesting since I had never seen such a thing before.

It was an RSPCA Inspector in a full tactical vest. I had initially thought it might have been one of those slugs who drive the new unmarked camera cars and I was going to accidently pressure wash the shitters while he was having a crap, but then I saw the embroidery on his back.

The kitten-choker arrogantly used the pristine toilets, then had a brief chat with the other strange creature who had arrived shortly after he did.

I initially felt he had gone to have a word to her about the odour coming from her. Which is what I was on my way to do, since it was horrific enough to curdle one of my contact lenses, when they jumped into their cars and drove to the end of the driveway and got out of their cars again.

At no stage did he approach Will, or Kim, or me, or Harry, and say anything about anything. He pissed in the closed toilets and left, all tactical.

“What’s that about?” Will asked.

“Maybe he’s rolling her in leaves and mud to prevent the Cuntosaur from dying due to her stink.”

“He’s from the RSPCA?” Will asked.

“That’s what his tactical vest said.”

Kim and Will jumped into my car and went down to see what was happening on their property with the smelly thing and the tactical dog-gasser. They returned 10 minutes later and they were very zesty.

Someone, no doubt a disgruntled former employee, had told the RSPCA the Cuntosaur was being tortured and mistreated and had wounds on his neck as a result.

Some time back, the people from the National Parks and Wildlife had come down and saw the wounds had been caused by idiots feeding the animal through the barbed wire fence, which means Kim has to powder the creature with regular dustings of antiseptic powder, and ask people not to feed it over the fence.

The National Parks and Wildlife people had a look, saw there was nothing to see and left. But the disgruntled employee then called the RSPCA and they eventually sent the tactical cat-murderer to meet with the Smell From Hell in some kind of clandestine operation of Cuntosaur Inspection and Assesment.

As Will explained when he returned, the Smell From Hell, clearly a wildlife expert of great acclaim, was feeding the Cuntosaur lettuce through the barbed-wire fence to the great admiration and support of the RSPCA puppy-choker.

This is when they launched on Kim about her “cruelty” to the Cuntosaur. Both Kim and Will were confused. They had imagined they were doing the animal a favour by putting in a 20-acre paddock with a dam and feeding it regularly, while asking people not to feed it through the fence, and then tending the scratches it got when that was ignored.

And yet, here was the Smell and the RSPCA feeding the creature lettuce – a substance with no known nutritional value and which it is unlikely to be something Cuntosaurs eat in the wild – through the barbed wire fence.

There may be nuances I am missing out on here. Perhaps the Smell and the RSPCA have a different feeding technique. Maybe Cuntosaurs are the only beasts on earth to derive nourishment from what is essentially solidified green water and have eaten it since before they had feathers and no-one knew this until yesterday, or maybe it is used to vaccinate them against the smell of unwashed female human.

I just do not know. I just know they both left, and Kim went to talk to people at the National Parks and Wildlife offices to see what they knew about when the RSPCA started to approve the feeding of lettuce to native animals through barbed wire fences.

Perhaps the RSPCA and the Smell would be happier if the Cuntosaur was freed, and left to wander in front of a truck, or a car, or a bike. It’s possible lettuce may help it come back from the dead, too. 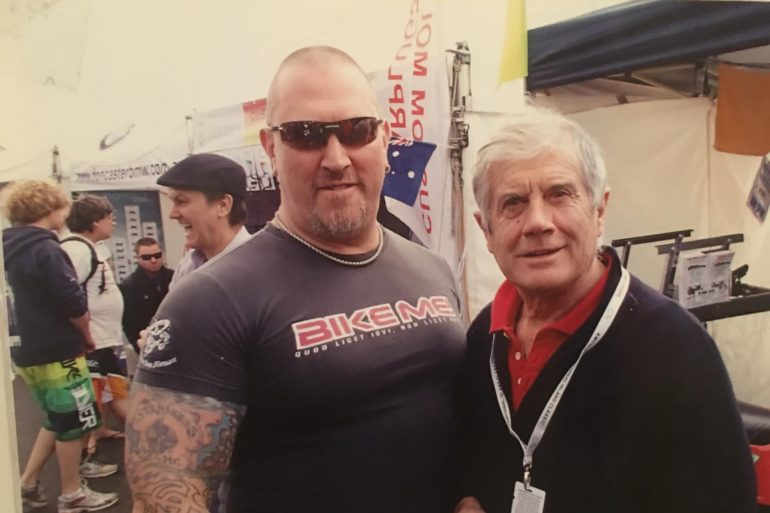 Next
SATISFACTION BEGINS – AN INTERVIEW WITH SERGIO CANOVAS GARRIGA