Get it off and keep it off!

Losing weight is easier than you’ve been led to believe.

I’m not selling you diet shakes, and I’m not demanding you exercise. I’m just going to tell you how to lose weight – because that’s what you want to do, and you want to do it because you’re fat and ashamed of yourself. And that’s OK. I do not judge.

And just so’s we’re clear, it is a problem.

For the first time in human history, rich people are no longer fat. Unless they want to be. But most of them don’t, because being fat sucks and rich people have nice clothes and nice clothes look like shit on fat people.

So rich people eat right, exercise, and remain not-fat until they are jailed for tax-fraud. When that happens, they let themselves go in the vain hope they won’t attract an exciting new sex-partner who will expand their horizons (among other things) after Lights Out.

They are always proven wrong. People called Spanish Eddie, Doctor Pain, or King Hate-Dick, don’t mind if their new prison wife is carrying a few extra pounds on his arse.

But poor and middle-income folks…well, let’s just say fast-food and lack of portion control have played their part. Ironically, sweat-pant sales are booming and those pants are filled with sweat, but it is not generated by exercise, is it?

The sales of SUVs are also booming, because fat people find it easier to lever their bulk out of a Rav4 than a Maserati.

Nail salons and hair-dressers are also printing money because fat chicks will always get their hair and nails done in a hopeless effort to distract from the horror she is subjecting her plus-size yoga pants to.

Now I’m not fat-shaming people. There is no need for that. They are all pre-shamed as it is. I am actually here to help with proven methods and procedures which will strip that lard off you faster than a flensing knife skins a rabbit.

It doesn’t matter whether you smoke it, snort it, or inject it, just as long as you do lots of it. And you will, because that’s how meth works. And persevere, even when you start seeing blood in your stool. Meth is THE best appetite-suppressant ever made. You don’t wanna eat on meth. You just want more meth. And hot, deeply perverted monkey-sex, which also burns bulk calories. It’s a win-win. No calorie intake, and lots of vigorous exercise.

COST? Maybe $100-$200 a week. Unless you start making your own in the bath-tub, then it can be very economical.

It works almost as well as meth in terms of supressing your pizza cravings, but it’s far more expensive. And you also need to ingest it more often. So you will sell your children to get more of it, and even though you will crave hot monkey-sex to make more children to sell, you’ll find cocaine tends to soften your man-salami.

If you’re a woman, it’s all good news. You will very quickly become a glorious Coke-whore, which means you will never have to buy any for yourself. You will also spend a lot of time burning calories by dancing on tables in high-heels.

And because you’re a girl you don’t need an erection to have sex. You just need lube. Buy some, because you’ll run out of saliva very quickly.

This is the best motivational experience ever made for people who want to lose weight. You will see land-whale after land-whale ensconced on their gigantic beds, unable to move other than to chew and swallow.

You will share with them their tears and suffering as they cry how they are unable to stop eating due to “stress”, and how they must immediately have surgical intervention to help them get their lives back.

You will find yourself screaming “JUST STOP FUCKING EATING!” at the TV screen over and over. But they don’t. and then, after you’ve watched ten shows in a row, you will realise that there, but for the grace of God and your own willpower, you will go.

Also, chanting the above programs your sub-conscious. It’s like self-hypnosis.

LOSE YOURSELF IN THE WILDERNESS

This works every time because it cannot fail. It has a proven track record. People who are lost in the wilderness for anything over a week, lose heaps of weight. Like magic. And it’s so easy.

First, find some wilderness. Drive around in your SUV until you run out of petrol. The leave the car and walk off. Keep walking until you faint. And repeat. Do not answer people yelling out your name. Do not wave at search helicopters. Do not build any signal fires. And do not use rocks to spell out SOS or HELP on the ground. You’re here to lose weight, not get rescued, OK? There’ll be time enough to get air-lifted out when you’ve reached your goal.

Your preferred wilderness should be desert or frozen tundra. Jungle-type wilderness has far too many edible things. You want to be lost where nothing lives.

COST: Less than nothing unless you count the cost of petrol to get there.

ROW ACROSS AN OCEAN

You can row across a sea if you like, but oceans are bigger and it will take longer, and therefore your weight-loss will be greater.

Don’t let the rowing stuff scare you off if you’re averse to exercise. You only have to row far enough to get caught by some current. Then all you do is float.

This is not the cheapest way to lose weight due to the cost of getting a small boat. But it’s not prohibitive. After all, you’re not buying some cabin cruiser. You need something the size of a small dinghy or a canoe. You can even steal four 40-gallon drums and some pallets and make a raft.

And when you’re out there, do not signal passing ships other than to give them the thumbs up that all is well.

COST? You can pick up a dinghy and some oars for less than $500. Or you can buy pliers that will help you cut the fence into a place where you can steal drums and pallets for less than $20.

There you go. Five tested and proved method that will have the lard falling off you fast – and staying off. It will stay off because if you choose one of the above weight-loss methods,  you will develop all sorts of bizarre conditions – both mental and physical – which will keep you too occupied to worry about how much fried chicken you need to buy. Think of this as a bonus.

Is there suffering involved? Sure. But it is nothing compared to the day-in-day-out struggle of the fat person. With the methods I have outlined, the results are rapid, permanent, and you won’t need to repeat them if you do them right the first time.

The way to a lighter, leaner, and totally meaner you is right there. All you have to do is commit – like you now do to McDonalds. 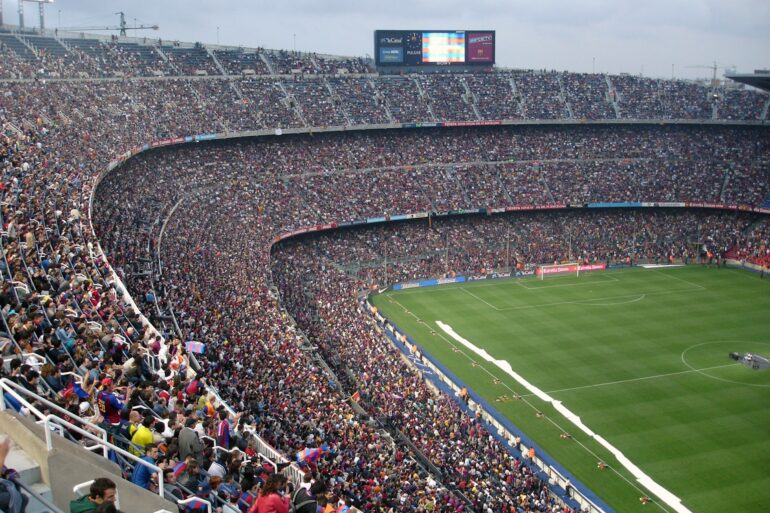 HOW TO FIX THE SOCCEROOS