STOP BEING THICK ABOUT PETROL

Now and again, I run across a person who has some very interesting stuff to say about things that directly affect me – and indeed, everyone who rides a bike.

When that happens, I encourage that person to write their thoughts down and give them to me so they may be disseminated for the benefit of all riding humanity.

Aaron, the bloke who wrote this piece, is a mechanic of many years’ experience, and is a true master of his chosen trade. When he speaks of mechanical things, I listen. Then I normally pass out because I don’t understand much of what he’s telling me and my brain short-circuits.

But I understand this. And so will you

Fuel. Everyone knows all about it, don’t they? You need it and it costs too much.

But there’s a bit more to it.

As a motorcyclist, you normally pull up to the servo to look for the Premium pump to fuel up, because…well, because “Premium”, right?

But is it really a “Premium” product you’re pouring into your tank? Regardless of what brand of petrol you prefer, do we actually know and understand what we are buying?

Motoring journals use phrases like: “Australia has some of the most consistent fuel in the world” to reassure us all of how great we all have it.

That statement is not actually untrue. I’ll agree our fuel is consistent. But this consistency lies in it being rather shit, particularly for performance engines like the ones you get in motorcycles. Consistent does not mean good.

So what caused me to delve so deeply into this fuel thing?

It started with the two small Chinese motocross bikes my son races.

I’d stuck to the book with the maintenance, and even went overkill on some things, yet I still struggled to get the two-wheeled Communist shit to run properly, and as a mechanic this is beyond frustrating.

Of course, everyone had an answer…

“Lean the oil mixture off.” Which was my personal favourite, but I could not even dignify that with an answer. Leaning off the oil mixture in 97 per cent of two-stroke issues is the most uninformed solution anyone could offer.

So why did these things keep fouling spark plugs on cold starts? Yet put a new plug in and it runs fine all day. Why?! Was it the orange-coloured Communism it was made from?

Interestingly, it wasn’t KTM’s fault at all. I found this out after purchasing a brand new Yamaha to find it was doing the same thing.

So the issue was something external and not related to any motorcycle being a particular heap of shit. Or was it me? Was I somehow retarded?

After many discussions with peers and professionals with greater credentials than myself in the auto industry, we narrowed it down to a fuel issue.

But what fuel issue? And why was it happening?

It seems it started with me switching fuel brands. I used to only ever buy Premium 98-Octane Caltex or Ampol fuel.

Then one day, I decided to give BP Ultimate a go. After all, it was advertised and regarded as one of the best, right?

Here was the issue…

Both Shell and BP Premium fuels are thicker, or more accurately, they are a more viscous fuel than any of the opposition petrols. This is done to improve fuel economy in cars – after all, your paying more for the juice, so you should get more out of it, right?

Then then there’s the fact that 91, 95 and 98 is all the same for one of these companies, and the way it “makes” say 91 into 98 Premium, is by adding additives. Just like Colonel Sanders at KFC. It’s all in the herbs and spices…

This is what’s going on. A more viscous fuel is, or at least seems, to be OK in larger-capacity fuel-injected engines that can atomise and draw the thicker fuel.

A smaller-capacity carburettor engine, by comparison, does not create a substantial enough air-draw or volume to effectively atomise a thick fuel without fouling the plugs before normal operating temperature is reached. This is called an “improper burn”.

Even in larger engines, an improper burn can have a long-term negative effect on oxygen sensors and catalytic converters.

I cannot be brand-specific here simply because I do not have results from the chemists to back this up. But I do know less-reputable fuel brands will mix ethanol into their fuel to bring the octane up and create the ever-so holy “Premium” branding.

Here is where we motorcyclists find our Kryptonite. Ethanol is hygroscopic. That means it absorbs moisture. This is a big problem we are seeing right across the auto industry. Many customers have said to me: “Fuel these days doesn’t last”. This is true and the ethanol drawing in moisture is the reason why.

As an enthusiast, you sometimes ride your bike most weekends, while other times your bike can sit for a while. This is when ethanol does its thing and sucks the wet stuff harder than you remember your old girlfriend getting feral on pay night.

Suddenly, your bike runs like a munted triathlete with the contents of his bowel running down his calves and he nears the finish line. Yep, fuel these days doesn’t last.

Take heed of Scott Morrison’s fine example. Avoid any and all heavier viscosity fuels in small capacity engines and ethanol fuels for all engines, just like he avoids any and all responsibility for his actions or lack thereof.

I’m am not about to advertise here. Both my fridge and pantry will remain empty after I say it, but my solution has been to buy 95-Octane fuel. I personally like Ampol or Caltex, and add some octane booster. I like Wynns Octane Booster. I trust it and after talking with a guru from Wynns, roughly 80ml per 10-litres of fuel, and maybe 200ml per 20-litres.

I know of motorcycle dyno tuners out there who are tuning bikes to run on 95. They have their reasons, and they are similar to my own.

I’m sure you have opinions on this. Opinion away. I don’t care. This is what works. 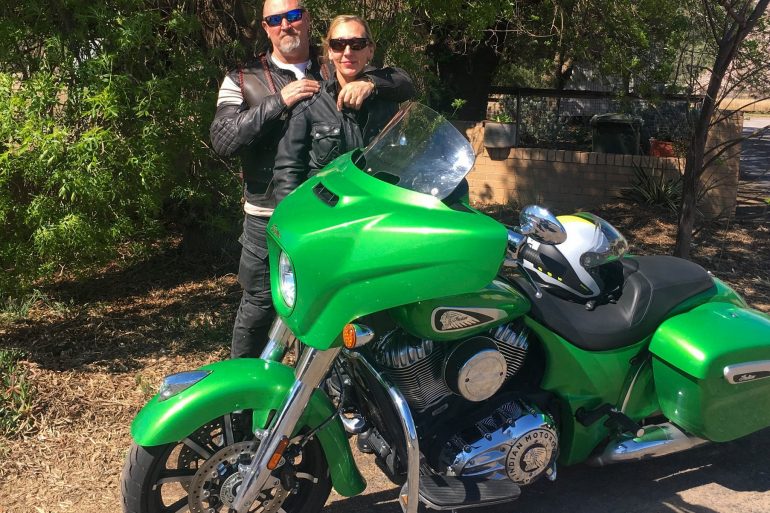 Next
WHAT MOVING OUT OF SYDNEY HAS MEANT