This is the bike I would buy...

One of the most frequent questions I am always asked is: “Have you had anything to drink today?” Then I am asked to count to ten and then, depending on how that counting goes, various things happen.

Another question I am frequently asked is: “Which bike would you buy?” Which is a hell of a question and one which has always been difficult to answer.

I ride a lot of bikes. I fall in hard slut-love with some of them. I see myself maybe owning them. And then the madness passes, like it does when you fall in love in a nightclub or a strip-joint, and then come to your senses after you’ve slept it off and can think clearly.

Other bikes I like very much, but would not buy because they don’t…well, “speak” to me. They push some buttons, but not all of them. Or they don’t push the crucial ones hard enough. I wouldn’t look over my shoulder at them as I walk away (Yes, that is actually a thing), and I wouldn’t sit in the garage drinking beer and admire how it catches the light (That’s a thing, too).

And then there are the bikes that I would never buy, and cannot imagine why anyone else would either. I can critique them, but I am always left wondering what the point is.

So when people ask me what I’d buy, I normally shrug and tell them I’d have to buy several bikes in order to be utterly fulfilled. Then I rattle off a wish-list.

Does cost ever play a part? I know it does for some people, but it never has for me. Justifying the price of a bike happens in a part of the brain that’s occupied with rational thought. That part of my brain is very small and doesn’t work properly anyway. If I want something bad enough, I will get the money.

I’m only telling you this so you have some context for what I’m going to tell you next.

And that is that if I had to buy one bike and one bike only, that bike is Triumph’s Rocket 3.

I mean, sure, I can continue robbing petrol stations week in and week out, and adding all sorts of desirable two-wheeled exotica to my garage, but all that crazy wish-list shit aside, if I had to buy one bike and live with it, that bike would be the Rocket Three.

And this is why…

I love how it tears the soul out of Harley riders, throws it on the ground, and stomps it  laughingly to death. The Rocket 3 also does this to Indian riders, and Victory riders. No American V-Twin can ever approach the summit upon which the Rocket sits.

I love how it terrifies and torments every other bike rider on every other bike it comes across. I have chased and been chased by fast boys on fast bikes on fast roads, and riding skills being more or less equal, no-one’s getting away from the Rocket 3. But the Rocket sure as shit gets away from a lot of them.

And I sure love it when they all gather around it at the next stop and say things like: “Geez, that thing gets along”, and “I never imagined it would keep up through those corners”, and “I just couldn’t get around you…it comes out of those bends so hard…”

I love how effortless it is to go fast on it, and to pass slower things, and to do it all day long, because I also love how comfortable it is.

I would add some highway pegs to it, so I could stretch my legs out on boring transport stages – because I’d buy the R version over the GT, and keep the mid-set pegs and more aggressive rider ergos of the R, rather than the more cruiser ergos of the GT. But that’s me. You do what you want.

I love its integrity as a motorcycle. This is not a bike to shy away from corners. Feel free to attack bends with a song in your heart. The Brembos, the suspension, and the steering geometry will not let you down. If you have decided to obliterate the American Freedom Eagles on corners rather than straights (and you can do both), you may actually hear the sound of their weeping. For it will be loud. And I love that.

I love the quality of its build. Go and see one in the flesh. And look closely at it. Examine the details. Look at each nut and bolt. Look at the triple-trees. Look at the hydroformed headers, look at the cleverly hidden pillion pegs, look at the stitching on the seat…there’s so much to see, and all of it is high-end.

I love the sound it makes when you apply the lash to it. A deep, rich, and very pleasing “OOORRRR”, that can be heard even as the wind-roar climbs and your speedo proceeds past the 200 number, and then the deep-bass burble on overrun as you down-change.

I love the way it tries to pull your arms out their sockets, and the way you have to lean forward into its breath-stopping acceleration, and hang on just that little bit harder as it sets about its business.

I love that my wife loves it. She finds it comfortable, and she’s done some miles on it with me. I have added a small padded sissy bar to it, which stops her falling off the back when I am being evil. My missus is a size eight. If she was bigger than a size 12, her views on the Rocket’s pillion comfort would be different.

I love that it’s low to the ground and I don’t have to climb onto it, or do bizarre ballet-shit with my right leg to acquire the seat.

I love how it eats its tyres. You want mileage out of your motorcycle rubber to go with your sooky, tea-drinking habit, and your “we’re all brothers of the handlebar” philosophy, look elsewhere. The Rocket is not for you. Go to another part of the showroom. Yes, over there where the women are trying on shoes.

I love its size. And the Rocket 3 is a big bike. And while it is not as agile in corners as some bikes, it’s certainly no wallowing slouch. Its agility belies its size. And size matters. Always has. Thus the Rocket 3 is, for me, ideally sized and more than agile enough.

Is the Rocket Three therefore perfect? No. There is no such thing. Some of the info on the dash is hard to see at speed. It is info I don’t much care about anyway, so it’s no big deal.

I think it sits too upright on its side-stand. So I am mindful how I park it. But I have always been mindful of how I park my bikes. You only have to drop your bike off the stand once in front of witnesses, and then you too will be mindful. Or maybe when you ride so many bikes that don’t belong to you, you tend to be more mindful of things like that.

It’s a thoughtful ride in loose dirt or muddy creek-crossings. I’m good with that. I’ve always paid attention in such situations.

Your Harley-riding mates will stop riding with you, because there’s only so much shame a man can take. I still invite them, but. Once they stop sooking, they start drinking to forget and then they’re funny.

Your other-bike-riding mates will question your sanity and mumble stuff about how it’s not agile or it’s too heavy, while simultaneously wondering how they have not left you behind, or why you’re so hard to stay with. Just grin at them and be humble and grateful. But not too humble, and gratitude, as Stalin said, is the disease of dogs.

And thus have I nailed my colours to the wall.

I had to return my long-term Rocket 3 yesterday. In terms of press bikes, it had reached its Use-By mileage.

Despite the Plague lockdowns, I had still managed to put more than 5000km on it. I toured on it. I took my wife out on it. I scratched on it. I rode dirt on it. I raced people on it. I let a few mates ride it.

I was in big love with it since the press launch in 2019, and I only fell harder in love as I lived with it for a few months.

I am now in mourning. This does not happen all that often to me. I’m usually fine about giving a test-bike back and then moving onto the next one. But I was genuinely sad to return it. It pushed all my buttons. It pushed them hard. I felt great riding it. It made me proud and wicked, and it made me smile.

It was a titan of a motorcycle – a true in-your-face statement of power and presence the like of which other bikes will never attain.

And I swear on the souls of my valiant ancestors I will torment Triumph Australia to give me another one. I will beg and I will plead, for I have no shame. I will entreat and cajole, and send loose women with bags of gak to their offices. I will send hard-eyed men with tattooed necks to meet them in the carpark as they leave work.

There is nothing I will not do – and that includes buying one.

TALES OF THE ROCKET, MAN – WHERE THE BUFFALO ROAM 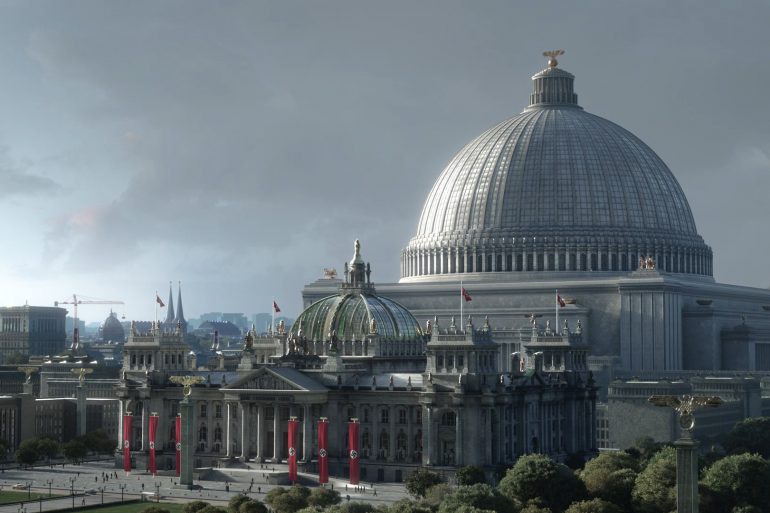 Previous
DEAR MOTOGP – “WHY IS MY CREW CHIEF CALLED ‘FAT TONY’ AND WHY DO I NEED TO KISS HIS RING?”

Next
GIVE US OUR MONEY. NOW.