This is dedicated to all those amazing motorcycles racers I have encountered, watched, and worked with over the years. I lack the words to describe the awe in which I hold you and your insane abilities on a motorcycle. Only a motorcyclist can appreciate what you people do. I do something similar, but it is a much-diluted variation of what you lot do. Labradoodles and wolves are the same species. They both have canines and can wag their tails. But wolves are wolves, aren’t they? And I’m a labradoodle.

I tried to be a wolf once. It ended poorly. I went back to being a labradoodle. I’m far too competitive to put up with being shit at something. The first time I raced a bike was the last time I raced a bike. It’s better that way. I do other stuff.  A man has to play to his strengths, right?

But thank you for being you and doing you. And thank you for allowing me a small insight into what you are. I may have got it all wrong, of course, and I’m sure you’ll tell me if I have.

People who race motorcycles are not really of this earth. Sure, they walk around on it like the rest of us, but they don’t belong here. They can’t belong here.

Their world is different to ours. It’s a world of fragmentation and fury. It’s a place where aggression howls and ruthlessness is rewarded. It is a world where intensity is breathed like air, and weaknesses hidden lest they be viciously exploited.

It is a world unknown and unknowable to most of humanity. And it is ferocious and terrifying and glorious, precisely because it must be that if it’s to have any meaning.

But more than all of this, it is a world governed and constructed of tenths, and hundredths, and thousandths of a second. Times that are meaningless to normal people. We don’t even blink that fast. To a motorcycle racer those times are what measure success or failure.

He is a slave to those nanoseconds. They rule his life – and not just on race day. He closes his eyes before or after a race, and all he’s thinking about is how and where he can shave off those tiny seconds and go faster.

On race day, these inhuman fractions of time take on a whole new level of importance. Before race day, they were an ever-present deity that was acknowledged subconsciously. On race day, these bits of seconds become a screaming, thundering, and terrifying god which knows no mercy, offers no blessings, and will eagerly devour you should you show weakness or make an error.

Normal humans could not conceive of worshipping such a god. Motorcycle racers know no other. And would have no other and can have no other. This almost abstract segmentation and rule of time is their fearsome god.

Stand in a racer’s pit garage on race day and you can feel this god’s presence. There is a tenseness in the air. A ferocity. The whole place vibrates at a different frequency. This is apparent in the racer and in the people who make his racing possible. That smiling cheery bloke you were chatting so easily with on Friday, does not even see you now. Oh, he might say hello and smile, but he doesn’t see you. His eyes are looking elsewhere. As they should be.

Understand that everything is at stake during a motorcycle race. Everything. Life itself is the stake – and life is everything. It’s all we have when we have lost everything else. To risk life is no small call. It is the ultimate call.

But the difference between normal human competition and motorcycle racing is the enormity of what’s at stake. What are you prepared to put on the line to get that job? Your life? Probably not.

But a motorcycle racer will, without a second thought, put his life on the line for a shitty trophy and maybe some prize money that won’t even buy him a set of tyres.

Is there big money in the sport? Sure. At MotoGP level. Millions of dollars are paid to those men. And some of the very top blokes in WSBK earn a decent living. Everyone else racing motorcycles is risking their lives for what is essentially shits and giggles. And thrills and rushes and crushing despair – often in the same lap – as well as hatred, respect, fear, anger, triumph…hell, the entire gamut of human emotion and all at an intensity many people would not recognise.

There is no other sport like it. There are certainly sports that are freakishly dangerous. Climbing sheer rock walls, that bizarre flight-suit bullshit, and a few other nut-job escapes you can find on YouTube.

Motorcycle racing is different. And it’s different in several ways to other death-defying sports. Consider this if you’re searching for an equivalent…

You’re not alone on the racetrack. There are at least 20 other like-minded psychopaths out there with you. And each of them is every bit as fucked-up about this as you are. You all bow to the same crazed god. Hell, you compete to bow to him.

The speeds at which you conduct your business on a racetrack are terrifying. A normal human simply cannot process the stuff that happens fast enough to be able to react. And it’s not over quickly. It goes on and on and on. Sometimes for 24 hours. Usually less. Those fractions of seconds demand this. You didn’t get this lap right? Cool. There’s another 25 to go. Lift your game, bitch. The bloke in front of you is faster. Or the bloke behind you is catching you. Both scenarios are unacceptable. Both must be overcome. At speeds that turn normal brains to porridge.

You’re also dealing with tyre degradation, surface variations, fellow psychopaths who might suddenly crash in front of you (and if you were winning that would not be an issue), and a million different variables all being force-fed into you at venomous speeds.

Unlike the security of a roll-cage and a harness in a racing car, the only security you have on a bike are your leathers, boots and helmet. None of them will do very much of anything if you hit a wall at 280km/h. And of course you know that. So you do your very best for that not to happen. But then again, you didn’t come to this racetrack with your 200-horsepower bike, your gun pit crew, your Tupperware boxes full of sugary munchies, and your esky packed with ice and Gatorade to fuck spiders, did you?

You came to race. And you may die. Or you may be maimed. But you’re going to race anyway. Because that’s what you do and that’s what you are. Only the other psychopaths doing this with you understand that. And you may exchange a word with them now and again. Or a handshake. You may even like some of them on some strangely removed level of consciousness. But they are your competitors. Your rivals. And they must be crushed and destroyed and turned into losers.

Yet despite this, you wish that no harm comes to them. It’s a strange dichotomy of thought. You want them to taste humiliation and defeat, and yet you also want them to taste it unhurt and alive at the end of the day. And you want this even for the ones you actively dislike. After all, there are very few supplicants in the church of your cruel and merciless god. And when one of these supplicants is killed or maimed, the others all feel it very profoundly. And keep on racing, of course.

It is both a team sport and an individual pursuit. You can’t race that bike without a dedicated team to help you. Most of the time you can’t get out of your leathers without help. But the team cannot ride the bike for you. Only you can do that. And you have to believe you can do it better than everyone else who is also doing it – all of whom are believing they can do it better than you.

And when you’re doing it, you are entirely alone in your helmet. Your team cannot communicate with you. Sure, it can put up boards with numbers telling you how good/shit you are and how much longer you need to be good/shit for. But you go past those boards at crushing speeds. If you see them, beaut. If you don’t, too bad. Because there’s a lot going on in your helmet.

And yet there’s a laser-tight focus at the same time. There has to be, or you couldn’t do what you do. Somehow, your brain works on several levels at the same time. It’s almost like you’re riding on auto-pilot, but you’re not. It’s not the same. You might have been through that corner 5000 times. On time 5001 it will piss off underneath you and your race will be over. Maybe lots of stuff will be over.

Or maybe, if you’re on, then it will be a special day for you.

And that’s the thing. That’s why you put up with the discomfort, the pain, the failure, and the sheer expense and inconvenience. You’re selfish, and you have to be. It has to be about you. And it has to be about you winning – no matter what the odds are that you won’t.

It’s why you tolerate the crap racetracks, and the woeful and cliché-ridden trackside commentary and equally appalling TV coverage. It’s why you tolerate the bizarre and seemingly arbitrary rules, often unequally enforced, which govern your sport, and why you fight so hard when you feel you’ve been wronged. It’s why put up with the crap facilities, the insanely long journeys to get from track to track, and the endless procession of let-downs, broken promises, and outright lies that afflict you.

It sucks and it’s shit, but it’s what motorcycle racing is and has always been. And you’re not even thinking about that when you’re racing, are you? That shit does not exist. All that exists is the race. The contest.

Because the contest is the purest and most beautiful thing on this earth.

It is, actually, the only thing. 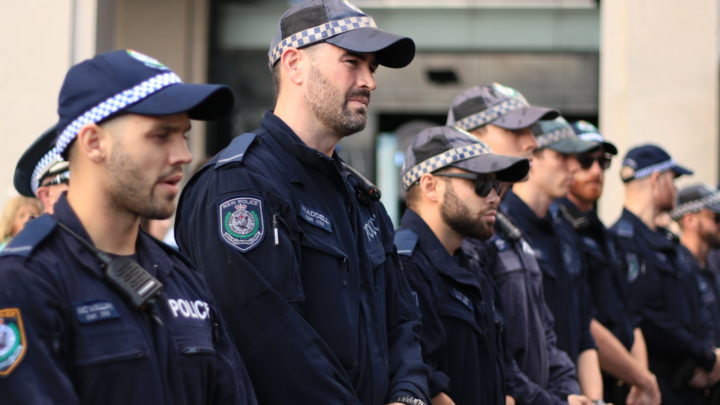 Next
SHIT MY WIFE SAYS – “How can you be on holidays?”