You wanna know what a bloke is all about? Go for a ride with him. A long one. At least a two-nighter. At the end of which you will know if you ever want to ride with him again, or bong him in the face with a concreting shovel.

That is the wonder and glory of the motorcycle run. It reveals things about people – things which are hidden in normal life, but which rise quickly to the surface on a bike-run like scum on a pond.

I have been on many runs. And I have ridden with many people. And after they have revealed themselves to me (and I to them, no doubt) – courtesy of three days on the road, two nights of bestial drinking, and maybe some mutual hardship and suffering – I decide if I shall ever ride with them again.

In about 50 per cent of cases, I choose never to share the wind with them as long as I live.

I won’t go on runs with these people ever again because they have been revealed as dickheads. Because that’s what runs do. They reveal the dickheads among us. The ancient Latin saying “In Vino Veritas” is an inalienable fact. It means “In wine there is truth”, and if you want to see what a person is really like without the mask they normally wear, get them drunk.

I also believe there is truth in the run. So “In Iter Veritas”. A few days on the road, a few nights in the pub, and you’re gonna know all there is to know about a person. Or a dickhead.

Why do you think one percenters prospect before they join a club? You wanna join that brotherhood, then you have to be found worthy. You will be tested, you will be tried, and if you are found wanting, you will go elsewhere.

But while I can and do tolerate dickheads up to a point, spending three days on the road with a dickhead is a zero-sum game – both for me and the dickhead.

There are no rules, as such. But there are expectations. And they kinda go like this…

I will not leave you stranded if your bike breaks down. All that can be done to succour you and your bike will be done, even if it maxes out my credit cards.

I will not ride my bike into your bike. And I will make every effort not to crash my bike because I know that my crashing ruins everyone’s day.

If you do crash, then I will make sure you get to a hospital, and the bike wreckage is not left for hillbillies to fight over.

I will not offer you riding advice, or make inane observations about how you could do this or that better. Even if you ask.

I will not behave like a drunken fuck who is having a beer for the first time in his life and is looking to make a name for himself in a small country pub.

I will not sleaze women, behave like a sex-pest, or act like a pervy, desperate shitcunt, because that cruels it for everyone who is not behaving like that – and it creeps chicks out.

I will not act like a cunt to people in the hospitality industry who may be intimidated and nervous when their shop/bar/servo fills up with large, tattooed men – and I will say “Please” and “Thank you” because my mother didn’t raise a flog.

I will not turn into a tutting, judgemental, eye-rolling fuckwad because things are not running to my schedule.

I will not pretend I am gunslinging bard-arse just because I am in the company of gunslinging bad-arses. That is sheer wannabe shit.

I will behave with honour. You will too.

I’m sure you get the drift here. It can all essentially be boiled down to one simple rule – DON’T BE A CUNT.

No more, no less, not complicated.

Of course, there are nuances. Life is full of them. And the measure of you – your character, I guess – is the way you pick up on these nuances. I think this has everything to do with your social skills and your ability to read and understand human interaction.

Normal people can work out when to shut the fuck up and stop talking shit very quickly. Dickheads do not. And so they go on talking shit long after eyes have glazed over and people have walked away mid-sentence.

Normal people can work out when they have overstayed their welcome. Dickheads can not.

Normal people don’t feel the need to one-up everyone else at every opportunity. Dickheads just have to tell you they did it first, did it bigger, did it better, did it harder, and did it with more custard on top.

Normal people return a shout. Even if they have had enough to drink. Dickheads do not.

We all know life is too short to waste it in the company of dickheads. And yet…we do, now and again.

And they never will, because that is the Life of the Dickhead. Thus it is a lonely and empty life. But damn me for a fool. I realise this, which is why I feel sorry for them, and the circle repeats.

Happily, as I get older, I tend to feel less sorry for dickheads than I once did. So things are improving. 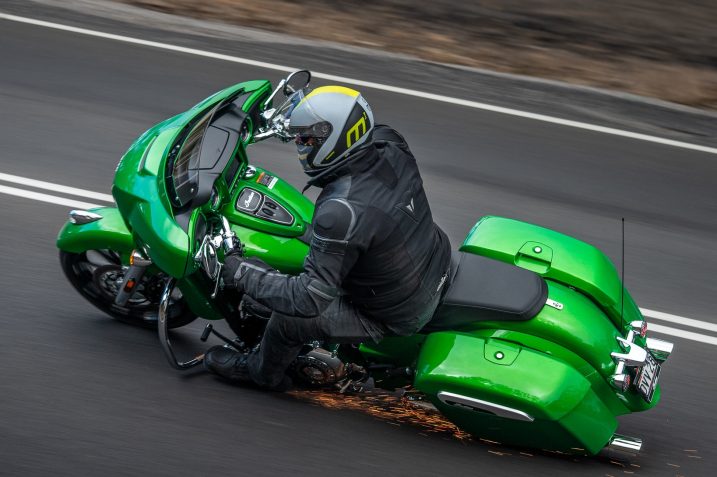 Previous
TALES OF THE ROCKET – WHEN THE BUFFALO ROAM

Next
SHIT MY WIFE SAYS – THE DOG