YOU WILL NEVER LOOK AT CARAVANS THE SAME WAY AGAIN

This is the only way to tolerate them...

I hate the bastards who sell them.

I hate the bastards who buy them.

And I really hate the bastards who tow them around Australia.

I actually hate everything and anything to do with them.

I hate caravan parks, too.

And I really hate staying in caravans, whether that’s inside a caravan park or at some idyllic vista now befouled by the presence of some dank fuck’s mobile humpy.

I have friends who have caravans. And I love them because they are my friends. But when they hook up their hoochie of horror and venture out onto the highway, they are my enemy and I will hate them with my very blood.

And they know that. I make no secrets of my hatreds.

I have, however, tried to understand the appeal of caravans. I am not a monster.

I get how people think they offer an economical alternative to motels and hotels – nearly all of which are pretty average once you get out of the cities.

But is the economy thing a reality, or just the bullshit justification of some ageing fuckwit who’s spent his superannuation buying a shitty, low-ceilinged, gnome-squat he’s keen to drag around the country?

Caravans are not cheap. Buying a vehicle capable of towing one is even more expensive – and that’s without modifying the vehicle so it can tow it with some semblance of safety and at something approaching the speed limit.

You can spend $200K on the pair and still be viewed as a povo-level playah.

So maybe it’s not the perceived economical savings after all.

Maybe it’s something else.

Could it be that you were born a cunt, and have waited until you have enough money to prove this to the world by buying a caravan? Surely not.

Might it be that you enjoy the company of fellow cunts, all of whom like to sit on big, not-really-comfortable camping chairs around stinking barbecues frying awful sausages and sipping shitty beer? That couldn’t be it.

Could you perhaps be thinking caravans are a more luxurious alternative to a tent? Possibly.

But have you seen tents lately, champion? They’re pretty flash. Even the most amazing tent is several tens of thousands of dollars cheaper than a caravan.

What’s that? One has to erect a tent? Well, yes. One does. That is the nature of impermanent structures. They require erection. And then un-erection. Oh, your knees aren’t what they used to be and your spine is made of cheese? Yes, I can see how hammering tent pegs into rocky ground could be an issue.

But you know caravans also require erecting, don’t you? You have to find a flat place to park it. Even then the wretched port-a-hovel has to be levelled and stabilised. The place also needs to have access to power unless you’re one of those uber-pricks who runs a generator all night to the delight of his fellow campers. And then there’s the whole passion play of you emptying the van’s toilet into some bigger toilet while clad in flared shorts, an old Bintang singlet, and some Crocs.

There really isn’t a hole deep enough to kick you cunts into, is there?

Granted, this entire rigamarole may take a bit less time than erecting a twelve-man tent, but I’d be interested in seeing a study made into the time-saving aspect.

So it being better than a tent is a possibility, I guess.

What else could it be? Adventure?

Oh, you want to drive to Cape York and have somewhere to sleep that isn’t going to allow crocodiles to easily eat your unconscious spouse?

Fair enough. You go right the fuck ahead and haul that fucken twin-axled, off-road, cock-barrack up to the Jardine River. You do that. Go on, you have-no-idea cunt.

But could it be you see yourself as some self-contained, steel-eyed nomad, drifting along the byways of this great land at whatever speed you’re able to coax out of your rig? Is that it? This is some kind of romantic idyll for you, isn’t it?

You, the wife, your Prado, that two-tone chook-palace attached to your Haymon Reece towbar, some wide-arse mirrors (so you can see the people who hate your guts arrayed behind you at 40km/h under the speed limit), a few LPG containers, and some bottles of bubbly to get mummsy all lubed up under the outback sky.

I’m thinking that’s the one.

It’s the only possible reason. And blokes will do all sorts of bizarre shit to get a root. Buying a caravan is hardly the weirdest of them.

Mummy doesn’t do tents. If she lies down on the ground, there’s a good chance she’ll never get up again. She’s probably let herself go a bit, and those flimsy camp-beds aren’t made for girls who eat too many Tim Tams.

You can’t afford hotels – and there aren’t all that many to choose from out there – pubs are full of horrible drunks who will try to break into your room late and night and fuck your wife, and motel rooms always feel and smell like some truckie has raped and killed a runaway in them.

The only way you’re ever gonna get laid is to get a caravan, and convince her it’s very luxurious – because that’s important. Gone are the days she’d suck your dick in the pub toilet, or let you finger her in the car on the way home.

So that’s what you do. And that one purchase – and all the necessary one that follow that one – has enshrined you as the Lord God King Emperor of All Cunts.

But you’re gonna get laid. So you don’t care.

And the new mating process begins…

You drive for 14 hours, farting into your old-man underpants, while she dozes, or knits, or just stares blankly at the road thinking this is not how she imaged her retirement was gonna go…

Then you get to a place where you can park your fibreglass shunting-shack, set it up, try and have a cold-water shower in a cubicle the size of a coffin, and then put it on her.

What’s she gonna say? No? Probably not. She’s out in the middle of nowhere, got a bottle of cheap Prosecco in her belly, and you’re reeking of Old Spice. She probably even remembers how this goes, and that you’ll be asleep seconds after it’s over.

And it’s all thanks to your caravan. What do you care that the whole world hates you, and wants you to jack-knife the fucker into a truck? That’s right. You don’t. I bet you and your thrice-fucked franking credits are gonna vote for Scummo from Marketing again, aren’t you?

Just so you know, my brother Deano and I were discussing all of this the other night over a few sharp whiskeys. We both agreed to mercilessly kill each other should either of us ever acquire a caravan.

And then Deano said to me his son taught him a new way to look at caravans, which made him laugh like a madman each time he now saw one.

“Bullshit,” I said. “I will only and forever want to flense caravaners with a knife.”

And it has. It’s now all I can do not to ride off the road laughing my head off.

I have made a short list of some current caravan names, just to show you how hilarious it is. And while you’re laughing, it’s hard to have killing thoughts.

Say “Thankyou!” to Deano, you caravan-hauling cunts. He’s made you funny to me. 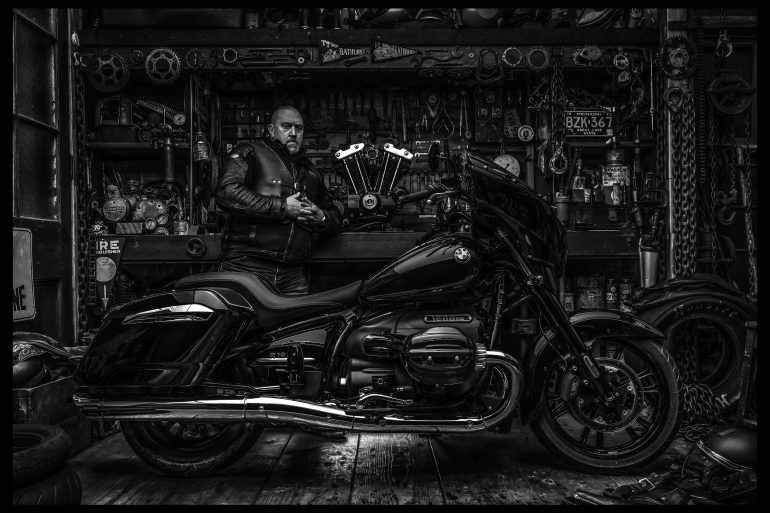 Previous
SHIT MY WIFE SAYS – “YOU NEED TO STOP KINGING…”

Next
BOOM CRASH OPERA III – GET YOUR MIND RIGHT!