Boss Paul: You got your mind right, Luke?

You got your mind right on this terrible conflict in the Ukraine?

It’s expected that you do. Our beloved War Karen, Marise Payne, is doing everything in her not inconsiderable power to make sure you only get the propaganda you’re meant to get.

And certainly not the propaganda she and the Australian government don’t want you to get.

Here, see for yourself at this link

At the moment, she tells us she is only targeting Russians who disseminate propaganda which runs contrary to the propaganda our “partners” (this means the USA – we don’t have any others) are disseminating.

This is quite unprecedented. Such a thing has not happened in any recent conflicts.

The State has decided what you will see and hear. That’s it. And that is appalling on a level I’m struggling to comprehend.

You can and must and will only think the former.

It’s impossible to get an accurate picture of what’s going on. Only one side is now providing “information”. The other side has been removed from the airwaves and large chunks of the Internet. So whatever “information” it was providing is now very difficult to access.

The magic words: “A state of war now exists between us and them” has not been uttered by anyone.

There is a conflict in the Ukraine, and the media is stating Putin has declared war, but that is not what’s happened.

Does it? Look at it closely. Does it look like what happened in Iraq? In Syria? In Yemen? In Somalia? In Bosnia? Was war declared when the US bombed those places and sent troops in?

These were “military actions” – hell, pick any other term as long as it isn’t the terrible W word.

Here’s an explanation about declarations of war…

The point here is that if there is a declaration of war, then there may be some quasi-valid justification for an information/propaganda ban placed on the enemy. I mean, if you’re going to fight for freedom, then it’s important to dehumanise the enemy so killing them is easier. The best way to do that is to tell lies.

But we are not at war. The Ukrainians and Russians are engaged in a terrible and morally unjustifiable conflict which looks like a war – and we have thrown our lot in with the Ukrainians. So whatever the other side, the enemy, states, must not be allowed to be published, heard, or seen.

Why? I do not get it. Is the Russian narrative forbidden?

Surely you don’t think what you’re hearing from the Ukrainians side is anything remotely resembling the truth?

In every conflict I have observed over the last 30-odd years, the truth is always somewhere in the middle of the two narratives.

I had this illustrative exchange on a Messenger group I was a part of.

Mate declares the conflict is going very poorly for Russia and he expected much better from them.

I asked him what the basis for this assumption was.

He told me he is part of several “military geek” groups who have been counting Russian losses, posting up photos, and making declarations on the conflict based on them. He posted a link.

I looked. These geeks were mainly Ukrainian geeks. The images could have come from anywhere in the Donbas region in the last decade. There was no way of knowing the provenance of the photos of blown-up armour.

I pointed out to him that Russia and the Ukraine shared a lot of identical equipment. The Russians have some stuff the Ukrainians don’t have, but a lot of everyone’s stuff dates back to Soviet times when they were one big happy Communist USSR.

He then told me these geeks count the rivets on tanks and know their armour really well.

I allowed how that was probably very true. But would he maybe like to look at video I have seen of Ukrainian troops painting the ubiquitous Russian “Z” on their own Russian-killed Ukrainian armour and passing it off as Russian armour destroyed by the Ukraine?

He said that might well be just Russian propaganda and he stands by his call, ie. The Russian invasion had stalled and the Russians were taking huge losses.

The evidence he provided? Ukrainian evidence.

He then demanded I provide evidence to back my claims that he was reading this wrong.

I wondered what the point of that would be. His mind was not going to be changed, no matter what I posted up.

None of us know what is really going on in terms of the actual fighting on the ground.

How many casualties are there? No-one knows. And here’s why…

Here’s another interesting example or how we’re being blinkered and lashed into getting our minds right.

The shit-eaters and fire-breathers over at news.com have started screaming about Ukrainian biolabs. They tell us China is “spruiking a bizarre conspiracy theory experts fear could be used to help justify Vladimir Putin’s brutal invasion of Ukraine.”

As if such a thing as a non-brutal invasion exists, FFS.

You can read this dreck for yourself…

Read far enough along, and you’ll see China is not spruiking any conspiracy theories at all. The labs are there. US Under Secretary of State, Victoria Nuland, says so herself.

But the headline and opening paragraphs are all what most people read. Certainly at News.com, which is more concerned with how much Kanye West is hating on Kim Kardashian because she’s rooting that drug addict from Saturday Night Live than actual news.

Are these labs a problem? Not according to the US. It’s “Move along, there’s nothing to see here, bitches” line is par for the course, is it not?

What underpins all of this is the idiotic insistence by our government (and the US, whose penis it butters with loving adoration) that it is an honest broker here. The US is a benign hegemon. It wishes no harm on anyone and wants all people to live in peace, prosperity, democracy, and freedom.

And such a state, is simply incapable of not playing a straight bat, right? That’s the narrative. Everyone is lying except the USA. It never lies. It wants only what is best for everyone.

I guess we’ve all seen how true that isn’t over the years.

War and conflict can never be morally justified. But it seems like moral justification is easy (or not even necessary) when it’s the good guys (the USA) doing the bombing and killing.

Why are we not standing with Ethiopia? Yemen? Syria? Because we’re not, are we? Is it a skin-colour thing? Is that what we are?

Is it because we’ve been programmed to hate Russians since the Cold War. Our parents hated them, so we have too as well, right?

Despise Putin all you want. Impose all the sanctions you can.

It has not and will not make one iota of difference to what is happening in the Ukraine. And what the inevitable outcome will be.

As far as the bloke directing the artillery in the Ukraine is concerned, this was not an “unprovoked” or “unjustified” attack. He stated his reasons. We did not like them and so ignored them. He shrugged and pressed the “Go” button – and we started shrieking.

Could we all have gone on talking? Sure. And while the talking went on, while Putin’s geostrategic issues were being aired (then ignored or dismissed as invalid), the Ukraine kept right on edging closer to a type of de facto NATO membership.

Putin is a lot of things, but he ain’t stupid.

Is he corrupt? Probably. Point to a world leader that is not.

Is he insane? Not remotely.

Did we unilaterally declare George Bush Jnr any of those things when he attacked Afghanistan? Nope. We cheered him on.

But the conflict in the Ukraine is not now and cannot ever be construed as a Russian threat to Europe any more than the Serbian siege of Sarajevo was a threat to Europe back in the 90s. NATO bombed the Serbs anyway. We cheered that as well.

Or, indeed, that the US invasion of Iraq could have been considered a threat to the stability of the Middle East…oh hang on…

Oops. Guess my mind isn’t quite right yet, huh? 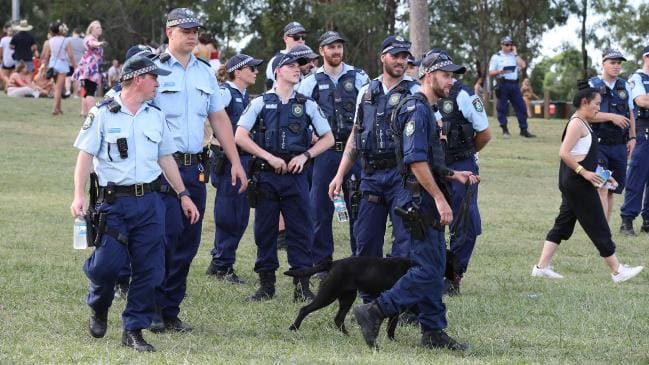 Previous
YOU WILL NEVER LOOK AT CARAVANS THE SAME WAY AGAIN