I had a bit of a culture shock recently....

I had a bit of a culture shock recently. I was in Los Angeles, so that is hardly surprising. And I had never been to LA before, so my shock is even less surprising.
Hell of a place. If you ever get the chance, I recommend you check it out. It won’t re-align your chakras so much as it will kick them all over the place, pour petrol on them and light ’em up.

But while walking around the place is like wandering through a familiar movie set, riding the hills behind Santa Monica and Malibu, and doing some miles on the legendary Pacific Coast Highway, is a revelation.

Firstly, we must consider that your chance of being a victim of violent or property crime in LA is 1 in 30. So you go: “Piss on that, I’m going riding.” Great idea.

This is three years into their bullshit Vision Zero vision. Now then, motorcycle accidents account for about 15 per cent of those numbers. In 2016 556 riders were killed in California, and about 14,500 injured. It is sobering stuff, right?

If Australia had those kinds of numbers, adjusted per head of population…well, whatever fascist baboons are running the country at the time would simply ban all motorcycles in the interests of safety. And while that was being rammed through parliament, the police would simply make it impossible to ride anymore.

So how many cops do you think I saw in my rather rapid 160-kay blat along some of the finest swervery ever laid down on this earth? Six. Four CHiPs bikes hammering the Pacific Coast Highway, and two ChiPs cars – one on the same highway and one on Mulholland Drive. Do you know how many NSW Patrol cars I saw on the Putty Road the other week? Eight. And four bikes. That’s 12.

One of the ChiPs guys gladdened my heart when he overtook the pack of bikes I was riding in and pulled up next to the lead rider. “Cool!” I thought and put my blinker on ready to pull over and take lots of pictures of us all getting booked in LA. Instead, the policeman merely rode beside the lead rider for a few kays chatting to him about the sassy new Indian FTR1200s we were all riding. The he rode off.

I saw no cops lurking in bushes dressed in camouflage. I saw no hidden speed cameras, I saw no mandatory breath test encampments (let’s not call them random anymore, OK? They are not at all random). Sure, I saw some cops on one of the busiest roads on this planet, but up in the hills where the riding is good, there was nothing. Clearly, the LA police have far better things to do than torment motorcycle riders – which is probably a fair call. It is LA after all. Not Lithgow.

But that’s the point. In a city as vast and violent and crazy and magnificent as LA is, you would expect, as I did, a massive police presence. Like the one we have in Australia – a country that is a peaceful farming village by comparison to LA. That was not the case at all.

Now I am not naïve enough to believe for a second that the California Highway Patrol does not get its game on from time to time. I’m sure it does. But the US media is not full of cheap police propaganda, facile warnings, and dire demands. Just as the US roads are not full of revenue-driven Big Mac eaters in fancy German cars.

The US police call you “Sir”. They do not address you by your first name when they’re looting your wallet like you were some infantile fool in need of patronisation. I’m almost 60 years old, you uniformed sock-puppet. You call me “Sir”, or “Mr Mihailovic” (even if you’re not literate enough to pronounce it properly).

And you can shove that whole “Attitude Test” bullshit right up your sergeant-loving bottom, too. How about you pass the Attitude Test, officer? My Attitude Test. The Attitude Test that requires you to display a measure of good manners to a member of the public who has actually not committed any crime, but is in debatable breach of the Motor Traffic Act.

Yeah, that’s just too hard, huh? That’s not what you’re about, is it? Well, I’m thinking that’s exactly what the LA cops are all about. Which is why they command a degree of respect.
Not at all like the contempt a large chunk of the Australian motorcycle-riding public holds you in, huh, officer? But I guess it’s a cultural thing. 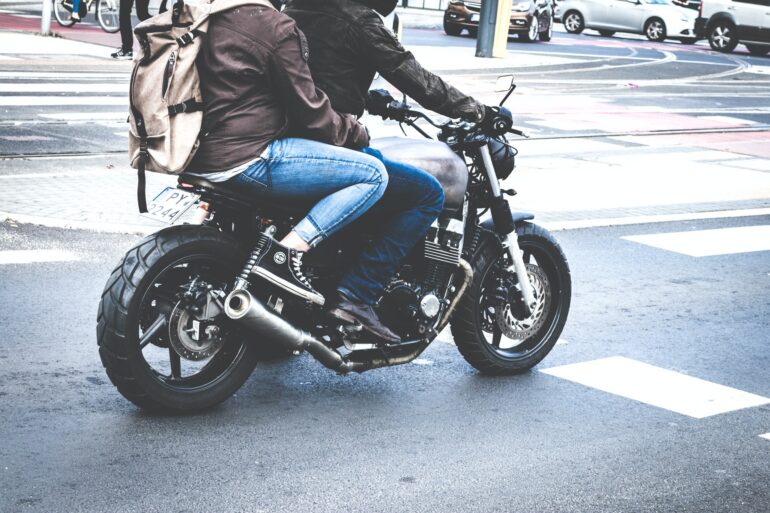 YOU’RE NOT THE BOSS OF ME