THE RULE OF SIGNS

I refer to those stern ‘Roadworks Ahead’ signs whose Pavlovian demands silently relegate vast stretches of empty highway to 40km/h.

They really must be taking the piss. There cannot be any other reason for it. It has to be a glorious in-joke, for sure.

I refer to those stern ‘Roadworks Ahead’ signs whose Pavlovian demands silently relegate vast stretches of empty highway to 40km/h.

Calm down. I am not advocating we barrel freely through clumps of hard-working road-crews at 200km/h. My chakras are fully aligned with the Occupational Health & Safety concerns of the plant operators and lollipop champions. They do great and good work. And yes, when there are men digging holes and laying down hot-mix inches from moving cars, then everyone should slow the hell down and be cool.

I’m talking about when the road-crews are gone and the backhoes lie dormant. It’s like Saturday afternoon, or Sunday morning, or some stupid time after midnight and the only thing on that road is you and those hate-inducing signs that insist that “Roadworks Speed Limits Are Enforced”, or the even more inhuman automated-response signs which thank you for doing the speed limit, or admonish you to slow down if you’re one km/h over.

What’s going on then? Why is it still forty-bloody-bastard-kilometres an hour? What kind of shaved gibbon would park his Highway Patrol car under a tree and wait to enforce that stupid speed limit?

There is manifestly and demonstrably no roadwork taking place is there? No-one is digging up anything, no-one is steam-rolling down anything, and there is certainly no dozy, sun-stroked bastard in a hi-viz vest to plough into.

There’s just an empty road with the odd witch’s hat, some signs, maybe some loose gravel, or a concrete barrier off to the side.

Yet still I am commanded to proceed at 40km/h, because if I proceed at say 80, and I am caught by the uniform whose job it is to police such matters, I shall be imprisoned for the term of my natural life. If I sail through there at the standard touring speed of a modern car which is somewhere between 140 and 170, then I shall be slaughtered like a Spanish Christmas ox, and the headlines will read: Road Terrorist Taken Out By RAAF Missiles Fired By Hero Cops! Australian Children Rescued From High-Speed Slaughter!

They must be taking the piss. Surely I cannot be the only person who is insulted by this bullshit? Surely I cannot be the only one who wants to stop beside one of these signs, uproot a small gumtree and then spend a good half-hour pounding it into scrap and taking a big poo on the battered remains? Am I alone in wanting to fire armour-piercing tank rounds into those automated signs-on-a-trailer that flash up “SLOW DOWN!” at you and then flash up “YOUR SPEED 52”? I need to slow down from 52km/h? On a deserted road?

What kind of dribbling lunacy is that? Do the people who decide these things not understand that I cannot drive at 40km/h on an empty stretch of highway? The car will overheat, stall, catch fire, I will die screaming. Or worse still, my ability to think for myself and assess risk will depart, never to return, and I shall be forced to join one of those stupid motoring lobby groups peopled by old men who smell like wee.

Is it not bad enough or shameful enough that the only civilised region of Australia is the glorious Northern Territory – a place where the speed limit is sensible?

Do we not suffer enough mindless droning purgatory at 110km/h on brilliant freeways where a man could sit on 200km/h and be in perfect harmony with the universe?

Did we learn nothing from the beastly John Singleton who was caught doing a million kilometres an hour in his million-dollar Bentley and had his case dismissed when he told the judge his car was designed to do that speed and therefore it’s perfectly alright for him to be doing it?

Obviously the answer is no to all of the above. Our subjugation is not yet complete. Our servile buttocks can and must be stretched yet wider and adopt a more welcoming mien.

Thus we are forced to idle along at 40-damned-and-richly-buggered kilometres an hour, like goggle-eyed Mexican serfs astride flyblown burros…because…well, because roadworks are not taking place, but once did and probably will again at some stage.

Meanwhile, in an air-conditioned office somewhere in a skyscraper my tax money paid for, a bunch of fat-bellied public servants are helpless with hysterical laughter at our plight.

And I do not blame them. I can’t. Because it is funny. Of course it is. How is it not?

Seeing a bloke creeping along an empty highway at 40km/h, because a sign told him he must even though common sense and his own powers of reason and observation tell him it is a stupid thing to do, is high comedy. And also mindless cruelty – like one of those circus shows where they dress a bear in a tutu and make it ride a pushbike in circles. The bear knows that if it doesn’t comply the circus people will beat it with chains.

So it rides the pushbike because that’s what trained circus animals do. 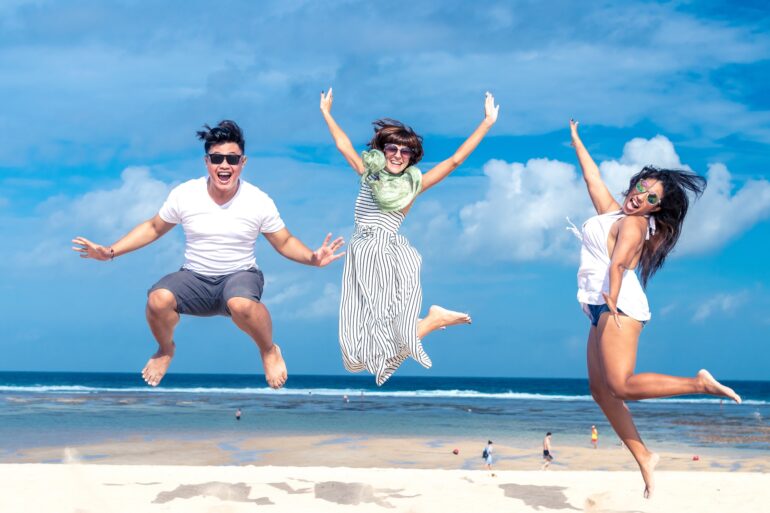