SUV’s are easy to get in and out of.

Pundits have been mansplaining the increasing popularity of SUVs ever since it became evident SUVs were increasing in popularity.

And make no mistake, they are very popular and getting more so.

Sure, sales of Corollas, Mazda 3s and Hyundai i30s are keeping the small cars under $40K market afloat, but their respective sales are down several thousand units year on year, whereas SUV sales are going up.

The trend is the same in higher price brackets as well.

Why is this so?

Well, the experts will tell you there are a few reasons.

The commanding seating position makes you feel high and mighty. And who doesn’t enjoy feeling like that in a world that increasingly disempowers us all?

There’s lots of space inside and headroom for the passengers. No argument. SUVs do indeed have all that. And they can be seen in some quarters as being “practical”, though for precisely what is always left unanswered.

They also have that “go anywhere” feel, even if the SUV will never see a metre of dirt, and really probably shouldn’t. We all like to feel as if we have access all areas. It goes back to when there was live music and an Access All Areas pass got you backstage to hang with the band.

And last, but by no means least, and by all means linked to all the other things I mentioned above, is ease of ingress and egress.

SUV’s are easy to get in and out of.

And they are easy to get in and out of because you’re fat.

It might also have something to do with you being a bit on the old side as well. Wonky knees and iffy backs are coming for us all, and an SUV is friendlier on those aging parts than a sedan. And carrying less weight is also friendlier on those parts, too.

So the predominant reason Australia loves its SUV is because Australia is fat.

It’s not funny. I’ve gone up a dress size myself in the last few years, so this is as much a condemnation of my emerging belly as it is of the general population’s escalating heft.

And while my expanding girth is no surprise, this true reason for the SUV’s popularity was like revelation when I discovered it.

Like all my important discoveries, the responsibility for this one can be laid squarely at the feet of my beloved wife. You see, it was her car I was taking to get serviced. So when I dropped her sedan off, the service people handed me the keys to a courtesy car, which just happened to be an SUV.

I entered it sideways. With grace and dignity. I did not need to lower myself into the driver’s seat while death-gripping the A-pillar and holding my breath. There’s none of that falling-down-a-well nonsense you get in sedans, let alone those idiotic Italian sports cars, or those utterly dysfunctional ergonomic crimes committed by Lotus.

I exited with similar grace and dignity. It was a doddle. I simply shifted my arse sideways and off the seat, and before I knew it I was standing upright. It was effortless by comparison to my normal procedure of huffing, rolling my upper body sideways and hoping my hip holds out for the final upright heave. No more tearing the driver’s-side chicken grip out by its roots as you lever your moon-sized bum upwards. Gravity is a bigger bitch to fat people than she is to people who are not fat. Thus if you’re fat, having a car you exit sideways rather than upwards is making your life easier.

So you can stay fat, I guess.

And I’m not really all that fat. Like I said, one extra dress size does not a ham-planet make, but it’s certainly a situation I need to address.

If anything, the chance to drive an SUV has opened my eyes to just how fat I am and we are.

These figures are from the Australian government’s Institute of Health & Welfare (AIHW), so they could all be government lies aimed at getting us to join gyms and stop eating fast-food, but I doubt it.

Of course, we know we’re getting fat.

We’re buying pushbikes at the same rate we’re buying Big Macs in a vainglorious effort to do something about our burgeoning gross human mass. But because we’re still buying Big Macs, that weekend cycling frenzy isn’t really cutting it.

We’re joining 24-hour gyms day with fanatical zeal and employing personal trainers by the herd. But while ever we’re still glugging back sugary soft-drinks, eating pizza, fried chicken and our beloved chips, the fat just keeps on flowering no matter how many time Trent yells at you to “Push it!”

Of course we’re buying SUVs. They are hands-down the best damn vehicle for a fat person to drive around in.

An SUV’s seat is a Cinderella experience. It’s not too low and it’s not too high. It’s just right. For fat people.

So now you know the real reason these fancy-looking bread vans are so popular. And it’s got nothing to do with how fabulous they look, because most of them don’t, though Mercedes Benz is trying very hard with its GLE range to remedy that.

They’re popular because fat people don’t huff and puff as much when they’re getting in and out of them.

They’re popular because they give fat people back the dignity they lost when they bought their first elastic-sided pair of pants.

And they’re popular because the drive-thru girl at Maccas now looks up at you instead of down at you. 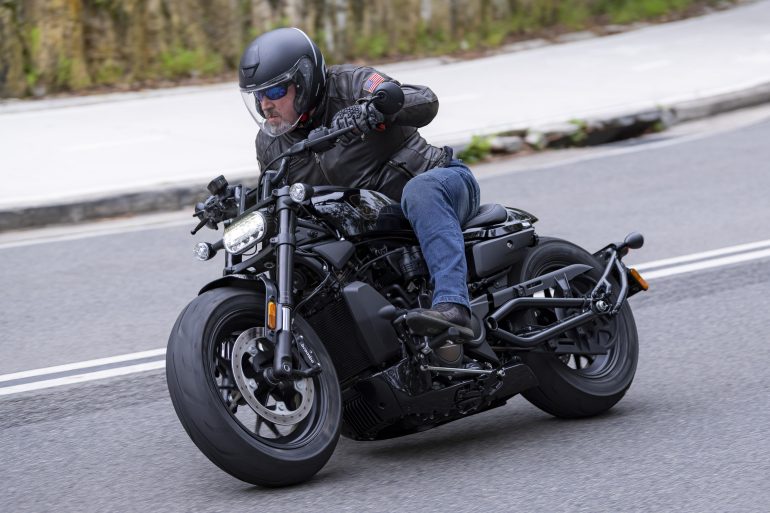 Next
THE RULE OF SIGNS