We really need to stop this crap...

At the time of writing, Russia has still not invaded the Ukraine. Deadlines for the invasion, set by the US State Department and the media, come and go, and Putin’s forces remain in their country, stubbornly refusing to invade.

It’s certainly maddening for the US and NATO, its proxy attack dog.

What’s even more maddening, is that the Russians have continuously denied they plan to invade the Ukraine.

But they’re lying, right? They must be lying because Russians always lie. Bloody Slavs. They never tell the truth. Just look at that bastard Djokovic. And so whatever they say must be viewed as a lie.

As an Australian-born Serb, a Slav, with deep Russian ties and blood thanks to a maternal grandmother who was born not far from Kiev, the ancient Russian capital, I (and people like me) have been viewed as a race of genocidal killers since the Balkan wars of the 90s.

Prior to that, our fellow Australians looked down their noses at us, but that was just because we were ‘dirty wogs”. The whole genocidal killers thing came along when Yugoslavia started to break up in the 90s.

The media, as always managing the narrative for the government, quickly declared the Serbs to be the bad-guy aggressors and everyone else, the victims. Just like it’s now painting the Russians bad guys, it once painted the Serbs as the villains.

The reality was and is very different. But Australians, like Americans, don’t much care about what happens in far away places, and what stupid medieval axes those benighted wogs have to grind.

It’s bizarre. But even when our rulers get caught red-handed lying about things to justify their actions, we carry on believing them. Weapons of Mass Destruction, anyone?

I watched the same bullshit being fed to the public during the Balkan Wars. Staged massacres, staged bombings, staged concentration camps – all helped paint the Serbs as irredeemable villains, and it was and still is something we get tarred with every day, despite the war being over for a long time.

You throw enough shit, and it sticks.

The reality of what happened in the former Yugoslavia is very different. That song is not over yet. There are a few more verses left to sing. But what happened then, and the lies told about it, are salient to what is happening today.

Back in the 90s, the USA, Britain, Germany, and NATO managed to create a time-bomb in the heart of Europe, by illegally bombing a European capital city, and creating a narco-mafia state called “Kosova” from land seized illegally from Serbia, while also empowering a dysfunctional Frankenstein of a “country” called Bosnia-Herzegovina (which is now disintegrating) – so it’s hilarious to hear US Secretary of State Anthony Blinken declare that one cannot just arbitrarily change a country’s borders.

It was also very funny to watch Putin render the current German chancellor red-faced and speechless just the other day when he responded to Olaf Scholz’s accusation that Russia was going to start a war in Europe. “We saw, we all saw”, Putin stated, “and we remember when you and your NATO allies bombed a European capital city, Belgrade, without a UN Security Council resolution, and brought war to Europe. That was you. Not us.”

I am paraphrasing, but that’s pretty much what he said to Scholz.

So will Russia invade the Ukraine? It says it won’t. So it probably won’t. I know many of you don’t believe that because you have been trained to know that Russians are liars. But why would you not believe them?

I encourage you to take a step back and consider this from a different perspective.

The USA has been lying about stuff for as long as you’d care to go back in history. It thinks it won WWII, for pity’s sake.

You’ve been told courts have been set up to prosecute the guilty. That’s a lie too. Those courts have been created post fact to justify an illegal act (International Criminal Tribunal For the Former Yugoslavia and the NATO bombing), or to validate a narrative, like that Dutch shitfest that somehow found the Russians guilty of shooting down a passenger plane, instead of the poor put-upon Ukrainians who probably shot the thing down by mistake, or did it on purpose knowing the Russians would be blamed because they had the USA watching their backs.

It was the USA who installed the fascist-leaning government in the Ukraine. That was what that Maidan Revolution was all about. Dig a little deeper and you’ll see the USA was capitalising on Russia’s weaknesses in the fallout from the collapse of the Soviet Union, and the fact it was being led by the drunk, Yeltsin, in the aftermath of that collapse.

The USA did everything it could, and still does, to destabilise Russia. But Putin is not Yeltsin. The USA knows this, of course, so it plays the propaganda game, knowing full well its population and the population of its allies has been well trained over many years to fear and despise the Russians.

And Australia laps it up. Like a good dog. People on social media regurgitate the same nonsense the media sprouts about Russia and its intentions.

But, like all propaganda, it’s all ignorance (historical and social), and plays well with the unwashed and stupid. Their world is black and white. Good guys and bad guys.

And heaven forfend should we for even one second imagine that our side are not the good guys, right?

These are the same good guys who brought you Vietnam, Afghanistan, Iraq, Bosnia, Kosovo, the Middle East, South America, and so on and so forth.

They beat the drums of war about China and Russia, realising that American dominance is slowly coming to an end, and that a new world order is not far away.

Australia, stupid and powerless as always, has hitched its wagon the USA’s stuttering locomotive and so adopts its foreign policies as its own. What else can it do? Seek to accommodate China (its biggest trading partner), play nice with France (a major player in the Pacific region), or buy planes from Russia (who makes better planes than the USA)?

Nah. Fuck that. Let’s just pretend we’re a Playah on the world stage and hope the USA comes to our rescue when China decides we’re its mining pit and slave colony.

And let’s continue to wallow in our xenophobic ignorance, while accepting without question every US State Department declamation about what’s going on in the world.

Let’s ignore the fact that almost half the population living in the Ukraine (a word that means ‘The Edge of’ Russia) is Russian and has no desire to live in a “country” that persecutes them.

Let’s ignore the historical facts – and history lives and informs everyone and everything in Europe, but not so much here – about who were fanatical Nazi allies in WWII, who guarded their extermination camps, and who have seen a glorious resurgence in the Ukraine in the form of the Azov Battalion.

The same can be said of the Croatian Ustasha killers in the Balkans, so enthusiastically supported by the USA and NATO, as their descendants carried out the largest ethnic cleansing (Operation Storm) in Europe since WWII, and which is celebrated as a national holiday in today’s Croatia.

The USA, NATO, and Australia are now on the side of the Nazis. That’s the sad and terrible truth of it. And they have been for a while.

So what do the Russians want?

Pretty much what was promised to them when the Soviet Union agreed to leave Eastern Europe peacefully. No eastward expansion of NATO. Can you blame them for asking for that? What country would agree to having enemy missiles placed on its borders? And for what reason? Russia is not the Soviet Union, despite what you’re told by the media and the US State Department. It’s not going to invade Europe.

But the USA has an amazing record of invading, bombing, destabilising, and fucking over whoever it suddenly deems is its enemy. It interferes in other countries’ political systems, funds coups, rigs elections, creates false flag incidents, and generally does as it pleases. And then it has the gall to accuse other countries of those sins, without offering a shred of evidence.

That’s whose side we’re on. And that’s the wrong side.

Will Russia invade the Ukraine?

I may be wrong, and Russian tanks may well roll into the Ukraine, which NATO and the USA will defend to the last Ukrainian. But I don’t think so.

Down here in Australia, we will unflinchingly continue to support the USA and its spin-doctors and bullshit artists, no matter what they do or say.

But it’s not like we have a choice in that is there? 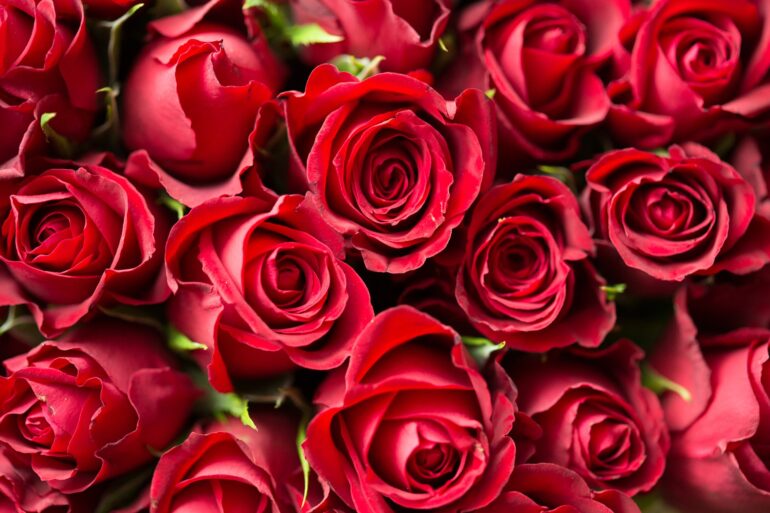