Support My Work
Home
All

In every single aspect, bar one, the motorcycle is a superior piece of transport to a car. It’s sexier, cooler, and way more fun. It’s heaps more dangerous, thrilling, and offers a power-to-weight ratio that wets panties and empties bowels.

But it offers you nothing but suffering and misery when a flat tyre occurs.

For the purposes of this piece, let’s just deal with tyres that go flat and leave you kicking gravel by the side of the road. There’s a whole other piece I can do about tyres that deflate instantly and pitch you into a Kenworth radiator like so much screaming man-sausage.

I have had many of the former, and very few of the latter, but very happily there were no oncoming Kenworths and I did miss the trees I ended up among.

Interestingly, most of the flat tyres I had – the ones that caused me the most grief – were in the Good Old Days before decent tyre repair kits, and indeed, even before plugging tyres was an option. Which also makes it before mobile phones were ubiquitous. So just after the dinosaurs and just before Neo-Liberal Economic Policy.

So let us all agree that a flat tyre on a bike sucks all the balls. Where it happens is relevant only in terms of how much time you’re going to spend trying to get it sorted.

Pushing a flat-tyred bike more than a metre is physically damaging – and if you have a flat front, not really possible unless you’re some kind of steroid-filled orangutan.

That means you’re kinda stuck where you are and you must, perforce, deal with the situation. No phone, no repair kit, no tools, and maybe a mate who will offer you advice and cigarettes, but sees no point in riding 100 kilometres to the nearest town only to find everything closed because it’s Sunday, so he’s gonna hang with you and your flat tyre.

And that was me and my mate, Mark, some years ago.
We were west of Ouyen, which put us somewhere near Hell and Buggery. It was Sunday. It was hot. And my rat-bastard Shovelhead had picked up a nail where no nail could possibly have ever been, and its rear-tyre was flatter than my first girlfriend’s chest.

We looked at it. Many times. We discussed and dismissed various rescue scenarios, including the one where he doubled me to the nearest town while we left all of our gear and my bike on the side of the road for thieves to pick over. We’d been there for five hours by that stage. There was not a scenario we did not canvas.

As the sun went down, I was starting to consider Extreme Measures.

“Tow me to Shitsville,” I grated.

“I think it’s called Ouyen, and no. We’ll both die, and then you’ll kill me.”

“Sell me your Sportster,” I said.

“Sure. What will you give me?”

“That Shovelhead right there. It’s yours.”

So we sat down in the dirt by the side of the road. Cars went by. No-one stopped. We looked very menacing so I don’t blame them. And as the sun hit the western horizon, it came to me.

We had a few tools, basically shifters, spanners, screwdrivers, pliers, and a hammer. We had knives. We had whiskey, but we were running out of durries, so our need was soon to become dire rather than merely desperate.

I stood up and declared my intention.

“We are going to fill my tyre with grass. And when it is full of grass, we shall ride slowly to Shitsville, and then we can make phone calls, order tyres, and get this sorted.”

To his eternal credit, Mark nodded, whipped out his knife and started harvesting the dry yellow grass that grows everywhere in Australia.

I went and hauled the valve out of the tyre with a pair of pliers, and in short order we began stuffing the holed Avon with grass.

As you can imagine, this was not a quick process. You could only poke so much grass at a time into the valve hole with a screwdriver. Then there was the fact that neither Mark or I had any idea how much grass was enough. So we just kept poking it in. There was a lot of it around.
About three hours later I deemed it enough. It was almost 10pm. There was either enough grass in the tyre, or there wasn’t. I could always add more. Like I said, there was tonnes of it around.

We set off with great trepidation.

And you know what? It worked. Sort of. I could manage a wobbly and weird-feeling 30-40km/h, which feels like walking-pace at first, but you get used to it. And it was the only solution.

I considered the problem solved when we rolled into Ouyen near on midnight, and then rolled our sleeping bags out under the awning of the Hotel Victoria.

Needs must, I guess. 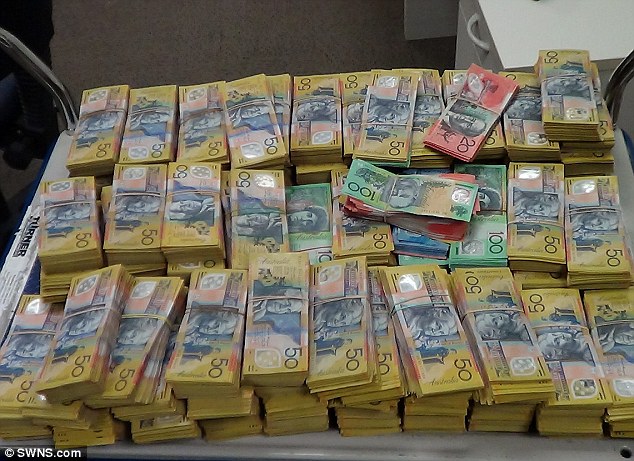