Talk about being emotionally violated. An hour into the count, Labor had two seats and the God-Borg Empire had 15, and I had ordered the wife to start packing.

“We’re moving to Serbia!” I howled. “I have informed my family to prepare our new home on the shores of the Sava river, stock the gun room, and park a hate-black Audi S8 in the driveway. We’re the fuck outta here!”

“This cannot be happening!” Lynette breathed, staring at the climbing blue numbers on the screen, while the red numbers remained stoically at two.

“I can’t even,” my wife said. “I’m going to bed. Don’t break anything really expensive.”

“Look at that gormless cunt!” I shrieked, pointing at Barnaby’s ruby-coloured, booze-pumped, dough-face on my TV. A small part of me admired the superb resolution available on our TVs today. A much larger part of me wanted to smash the device displaying such horror with a hammer.

“Who the fuck voted for this cunt?! What kind of sheep-raping, moleskin-wearing inbred ticked the Barnaby box on his ballot?” I moaned, insensate with despair.

Surely the LNP could not be returned to government? I know full well the Australian electorate is dumber than a floating turd, but even the dimmest of these soft-bellied oinks could not want more of the same…surely?

And yet the Labor numbers remained in single digits while the LNP numbers inched upwards to the Terrible 76 needed to form a majority government.

“Don’t have a fucken stroke!” my wife yelled helpfully from the bedroom.

And then it began to change. Labor started to win seats, and its numbers began their upward trajectory.

Auntie’s election-analysing myrmidons considered these developments. There were huge swings against the Liberals. But they were not going to Labor. Independents were siphoning up many of these votes.

Hanson’s retards and Palmer’s cookers were not being rewarded for their screech-fest of idiocy and rat-fuck cupidity.

Thank you, Baby Jesus in a buggery-chair, I thought. While this disgusting vermin was getting some votes, these were not the kind of numbers that would preclude efficient chemical sterilisation of their supporters.

It was those so-called “Teal” independents who were administering the Bitch-Princess Elbows to the Liberals. Good work, ladies.

It also seemed the city-hating, water-stealing, rich-farmer fascists – whose direct ancestors gleefully murdered tens of thousands of Aborigines standing in the way of heroic colonial settlement – would become an even bigger factor in the Vile Illness that is the Coalition.

But that was OK, because as the night wore on, it was becoming evident that Scummo was doomed. He would not be able to form a government. The swings against the Liberals were big, brutal, and simply fucking beautiful. Like when an elephant fucks a wildebeest.

No more, dear Lord, no more!

I howled the ascending numbers at my wife, who was no doubt wistfully planning various shopping trips to Milan, which was a mere three-hours drive from what was going to be our new home in Serbia.

Hope, which had been slashed and cut at the beginning of the evening, and cowering in the basement of my soul, blind and despairing, bloomed anew.

Somehow, that depilated hate-spud, the Kartoffelfuhrer and cheer-fuck for War with the Bat Empire, retained his seat. He must have compromising photos of most of his electorate, I thought. Either that, or the clowns who voted for him are so fucken cruel, venal, and stupid, vultures would refuse to eat them in case they became retarded.

I hope he becomes the new leader of the Liberal fail-sewer. That will ensure its oblivion unto the ages of ages. His electorate may like him, but the rest of the country thinks he’s Sauron.

And so it went. The Liberal heartland was no more. Eviscerated and held up to the smiling sky, like the Aztecs once hoisted aloft the still-beating hearts of their sacrifices, the core of the Liberal party be-shat itself. One by one, blue-ribbon, we-got-this-forever seats, threw off their chains.

In my mind’s eye I could see Scummo writhing in his own filth, squirming and mewling in anguish, begging his Money Je$us to deliver yet another miracle upon which his bulldozer tracks could ride, smirking and arrogant, for another three years.

I could see Jenny stroking his fat bonce, saying “There, there, Scotty. It will be OK. We can visit Brian now. Mexico is nice. They have curry tacos there.”

I went to bed after watching the piece of shit concede. Jenny must have slipped a greasy sin-digit into his blurter before he went onto the stage. She knows what gets him going.

I awoke this morning and my previous despair had gone.

There was hope once again. Australia had repudiated the worst government it had ever had. The Liberal party was in ruins. A thousand Yakuza fire-eaters could not have baseball-batted them any better. The ruins were too fucked to even emit death-smoke.

And Australia will change, because it has to change and it obviously wants to change.

Will Albo and his buddies usher in a new era of accountable, inclusive government? Quite possibly. There are enough steel-eyed uber-bitches now sitting on the cross-bench to keep him focused.

Will what we have now be better?

How the ever-loving fuck could it possibly be worse than what we’ve had for the last decade?

Let’s have that Federal ICAC, Albo. Let’s have it by next Friday. Order the shackles now before these rats have a chance to flee. 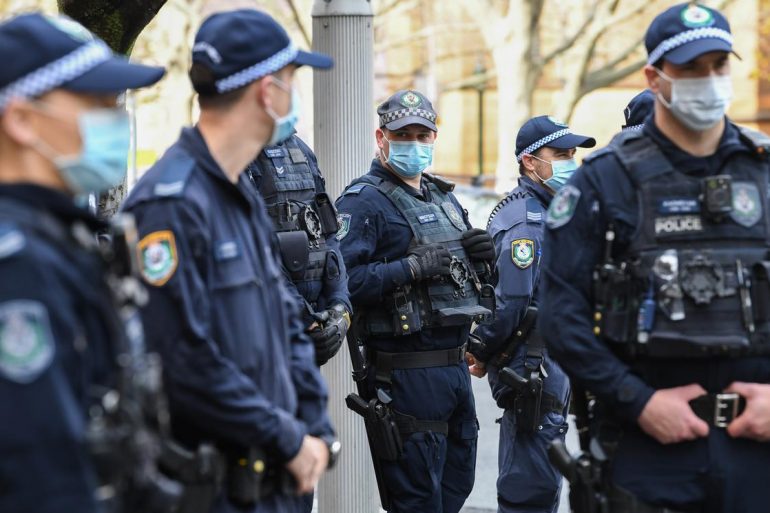 Next
SHIT MY WIFE SAYS – THE DEMOCRACY SAUSAGE