OI! AUSTRALIA! YOU NEED TO GET F&%ED HARDER!

Itâ€™s us, your rulers, and we have some good news and great news for you. Bet you’re all gagging for a bit of that, huh?

Nah, just kidding. He’ll get someone else to do that.

Let’s move on then, shall we?

Youse are all getting fucked nicely â€“ cheers for that â€“ but youâ€™re gonna have to up your game in that regard. When we tell you to fuck off, we mean it. Apply yourselves!

So a big shout-out to Dom from Opus Dei. Motherfucker could have been part of the Spanish Inquisition. Genius idea to fine you stupid oiks $1000 a throw when you donâ€™t report your Plague-positive Rapid Antigen Test.

Howâ€™s that for a Get Fucked, aye? Itâ€™s a beauty. No, there arenâ€™t any RATs for you to use (that was a previous and ongoing Get Fucked), and there wonâ€™t be for a while because we, the government, have all the available ones. But now that we can fine you, consider us incetivised to get them RATs out to you soonish.

At the moment, we have them all. And for a good reason too, so fuck off.

Those hot staffers wonâ€™t test themselves, you know! And be fucked if weâ€™re gonna pour cheap wine into diseased bitches before we love them up on a ministerâ€™s couch. Need them sluts to be clean!

All you oiks have to do is what we tell you and report you have the Plague after you buy the tests of which there aren’t any. Got it?

And donâ€™t let Domâ€™s we-canâ€™t-police-this chuckle fool ya. You watch how we can police this shit if you don’t report your Plague status.

Yeah, so moving along, Domâ€™s also put the Fuck Off on any dancing and singing. So fuck off with that shit. You wanna sing and dance? Go join Hillsong. Those champions can sing and dance all they want. But you drunks, whores, and godless vermin cannot.

We also note youâ€™re still bitching about having no food. Get fucked. You have lots of food. Thereâ€™s tonnes of shit you can buy to eat in the supermarkets. You just arenâ€™t hungry enough.

Look, we are looking at this closely. And monitoring it. A lot. We have set up crisis cabinets. We have also set up crisis wardrobes, crisis coffee tables, crisis lounge chairs, and Barnaby has taken the lead here and set up a few crisis staffers. Thick-legged, wide-hipped ones from out Armidale way. Smell of manure and old milk, he tells us. Fuckerâ€™s gone a whole new shade of red, heâ€™s so excited.

So get fucked. We got this.

Youâ€™ll note weâ€™re changing the isolation rules as the food youâ€™re used to eating runs out. Just hold on. When we get the isolation down to an hour â€“ which is a huge change from 14 fucken days â€“ all that crap you poor people eat will be back. Probably.

So hereâ€™s the great news. There are metric shit-tonnes of barramundi you can buy on-line. And not just any barramundi. Humpty Fucken Doo barra â€“ the best barra ever! Makes an awesome curry, you know. How good is the fucking barra, aye?

And keep getting fucked about the expensive RATs, OK?They’re not expensive if you can’t buy them, are they, you fucken idiots? So fuck off.

When we do get them, we made them free for old people, dole bludgers, retards, cripples, and some of the wogs weâ€™ve generously let out of prison. Yeah, they do have to apply on-line for the RATs, and theyâ€™re gonna struggle a bit with that, but thatâ€™s their own stupid fault. Not ours. And no, we donâ€™t have any for them just yet. So fuck off asking about them.

And speaking of wogs weâ€™ve let out of prison, donâ€™t you worry about that tennis-playing prick. Heâ€™s so not going to be playing fucken tennis next week. Weâ€™re just waiting for the media to hit full steam dialing up the hatred on the cunt, then weâ€™ll wait until heâ€™s on the court, then weâ€™ll call the media, then weâ€™ll march 50 of our biggest Border Force arm-breakers onto the court, and arrest the dago fuck.

Thatâ€™s what were counting on to win us the next election. So rest assured weâ€™re gonna milk that shit harder than a Barnaby pulling the teats on his favourite Fresian.

Take us to court for being stupid, will you, you fucken wog fuck? Heh. Weâ€™ll show you whoâ€™s stupid. You, and your whole country of genocidal criminals. Didnâ€™t bomb you lot enough back in the 90s. Gonna make up for it now, but.

We just gotta make sure you oiks have been outraged enough to stop laughing at us for fucking it up in the first place. But once the media has convinced you the tennis prick is a lying, cheating, entitled, arrogant fuck â€“ and it wonâ€™t take long because you all have the attention span of fish and we know you hate wogs â€“ that cunt is in chains and all over your TV screens. It will be great. Just watch.

And go and get fucked if we never get any dickhead to play tennis here ever again.

Fuck tennis. Who the fuck plays that shit anyway? You poor shit-heads look after tennis courts. You don’t play on them.

What you got is footy.

You have footy coming out of our arse. Enough for centuries of games, hundreds of beaten wives, and bulk vomiting in parks. And you’ve got V8 Supercars too. And cricket. You have all the sport any proper country needs, so fuck off with your wog bullshit.

And donâ€™t worry about the hospitals. Or the old peoplesâ€™ homes. As soon as those weak-bitch doctors and nurseâ€™s quit their whining about having to work 80-hours a day and resign, we shall import heaps of champion Filipino doctors and nurses.

They will eventually learn English. But until that time, they can beat our old people with shoes, and ignore you lying in your own filth in a hospital bed just as well without knowing English. So just fuck off.

Itâ€™s all good, oiks. Know this and fuck the fuck off like we keep telling you. 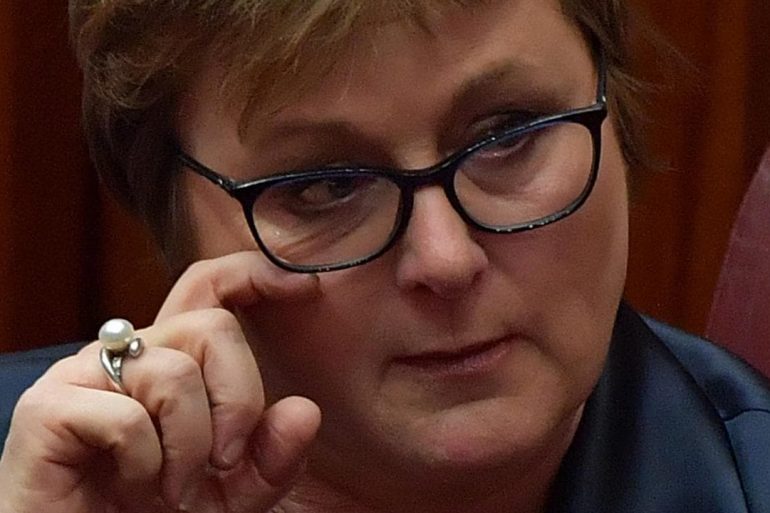 Next
SHIT MY WIFE SAYS â€“ I WENT FOR CHICKEN, BUT GOT AN AXE INSTEAD