And it was magnificent...

What a time that was.

What a magical, ridiculous, fulfilling, appalling, and now-impossible time.

We were young. We were strong. We really did walk tall, we laughed at was what funny, and we shit copiously on the chests of not just the weird, but pretty much on the chests of whomever we wanted to.

We were kings and gods and demons – losers, winners, gamblers, and fools. And we were beautiful and glorious and terrifying to behold.

We howled at all the moons. We crashed. We burned. And we rose like screaming phoenixes to crash and burn again. We were immortal and flawed, and coruscated power and danger, blatant and unashamed.

Our girlfriends were hot, and just as blessedly wicked as only something in painted-on jeans with a shaved vagina and pierced nipples could possibly be. These girls sometimes caused appalling amounts of trouble, and stabbings, and drove us mad with rampant sexuality. They loved us and hated us, and urged us to gross excesses, while still asking us to be careful. We loved them right the fuck back.

Our bikes were stupid, evil, and thunderstorm raucous. Shit scraped, oil flew, and things fell off them all the time – and sometimes it hit the fools behind you in the face and maimed them. And all we did was laugh.

We laughed a lot back then. Lots of stuff was funny. Even the stuff that wasn’t funny when it was happening was funny when we looked back on it a few days later. It seemed like we lived only for the laughs. And it was magnificent.

I am no longer a part of that one-percenter lifestyle, but I still kind of am. In my head and in my heart – and certainly in my memories. But that’s not at all the same as living it 24/7, as many of my friends still do.

Do I miss it? Hell, yes. Every day. I will always miss it. And every time I get together with a mate who is still in a club, there’s a part of me that keens with loss. It is a hole I will always struggle to fill.

I’m not sure it’s even possible to explain this outlaw motorcycle thing to someone who has never been in one.

If you’ve hung around the edges of a club, basking in that wondrous, edgy glamour that attends one-percenters, you might have a vague idea. But you’re still on the outside looking in.

But you’re not gunslingers. And you’re not outlaws, even if mum and dad and the kids in the car you’ve just passed can’t really tell the difference at first glance.

“But we don’t want to be outlaw clubs!” you yell.

I know, I know. That’s a bridge too far and too fraught to even approach for 99 per cent of you.

Still, you kinda want people to think you’re maybe a bit on that bridge, don’t you? You want a bit of that sexy outlaw shine, right? Like when you sew your nickname onto your vest because you think outlaw clubs still do that, or you saw it in some TV show.

It’s exactly why HOG is once again stitching those three-piece back-patches to their vests – a transgression which they were savagely punished for a while back.

It’s why the Bible-thumping riders can seemingly only love the Bikie Jesus if they’re rocking a three-piece back patch.

As for the cop-clubs who are aping outlaw colours, fuck off you wannabe idiots. Stop pretending like you’re even human.

Look, I get the need to tribalise that so many riders have. I had that need as well.

So more power to you. Tribalise the fuck outta yourselves. Create office-bearers, and committees, go on rides, raise money for good causes, have your weirdo “flag-raising ceremonies” (When the fuck did that became a thing? Are you countries as well as social clubs?), and live your best life.

And sew all the bizarre shit you want to the front of your vests. The coded numbers, the runs you’ve been on, the various chapters your social club has, the tough-as-custard FIFO (Fit In or Fuck Off) tags, the LOUD PIPES SAVE LIVES nonsense. It’s all nothing but watered-down copies of what you imagine outlaws sew onto their colours.

Just remember, and do remind your sewing circles of this, you are not wearing colours. That stuff on your back? They are not colours. You did not earn them and you will not defend them. And whatever you think they mean, they don’t really mean all that much, do they?

Sure, your “brother” can call you in the middle of the night to bring a ute and help him get home when his bike has died. That’s what mates do for mates.

Can he rely on you to bury the bodies that need burying (usually metaphorical bodies), and the witnesses dealt with?

Can he depend on your honour and loyalty at all times and in all cases, right or wrong, and we can apportion blame in private after the crisis has been averted?

You know the answer to all of that is “ No”, right?

You see, that’s the bridge too far I mentioned before. That’s the price that needs to be paid if you want to be a one-percenter.

That’s the cost of that wondrous laughter, that special ease you get only in the company of your brothers, and that deep pride of belonging and being a part of something greater than yourself – and which you will be a part of even after you pass from this world.

It is not for everyone, nor can it ever be. It’s not designed like that. But because it is designed the way it is, it can likewise never be crushed by the jackboot of the State.

I understand it can never be like it once was. My friends in the clubs also understand this. What we had in the 80s and 90s is gone forever.

But what we were back then is what we are to this day. No-one has de-outlawed himself because the cops demanded it and began arresting the clubhouse pool tables.

A time of transition has come upon them. A new paradigm now exists. Adaptation is the name of the game.

Some outlaw motorcycle clubs have evolved away from what they once were – driven into this new direction by the insane police actions undertaken by management eager to remain relevant in the eyes of the government and its budgets. And that is a harvest yet to bear fruit.

You infantilise society as a whole, and you get what we have now – stupid, ignorant people who’ve accepted that life is only possible if there are boogeymen they need constant protection from.

If you then criminalise a part of that society, a part that fears no boogeymen, you’re gonna get the criminals you so desperately want to justify more cops, more laws, and more bare-faced fascism.

Of course, some outlaw motorcycle clubs have not changed, and remain true to their original concept. The cops know this, but it makes no difference. The cops still pretend all the cats are the same in the dark, when they know perfectly well that is bullshit.

But it’s bullshit that plays wonderfully well on the media.

For my part, I will not weep for what was and can never be again. But I will always remember it. Always and forever.

And though my heart breaks for my brothers in various clubs who carry on regardless of how hard the state’s jackboot presses on their necks, I know perfectly well what they are made of and what they are.

Strength and honour to you all. 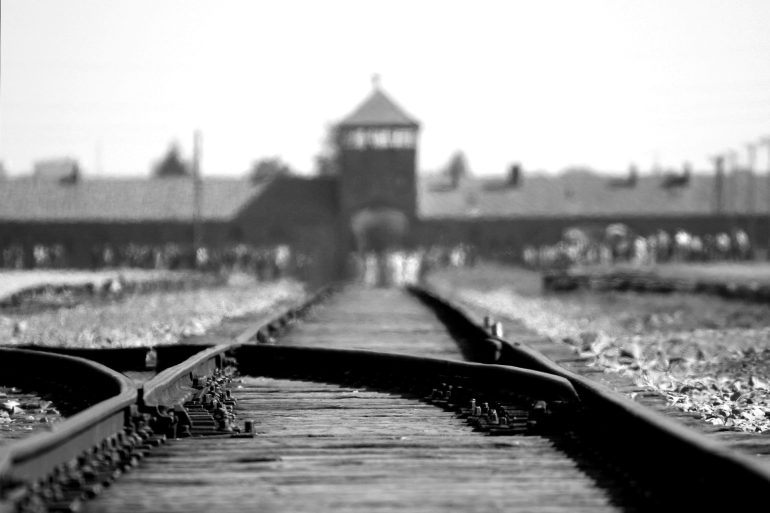 SHIT MY WIFE SAYS – “TELL HIM HE’S NOT TO EAT MIROSLAV!”

Previous
LIZARD BRAIN VERSUS THE PLAGUE

Next
ARE WE IN THE END-GAME?