And then we had a conversation...

“Do you think Aldi might have any chicken?” Lynette asked me this morning.

“It’s German. The Germans are a civilised and organised people. Of course Aldi has chicken.”

“Go and get some thigh fillets.”

“Can you not Hitler salute and bark at me in German when I ask you to do something? Why are you coming so close?”

“I was gonna kiss you goodbye…”

“You’re not going to war. You’re going to the fucken supermarket, fool. There’s no need to grab my boobs, cup my bum, or try shoving your tongue down my throat. Move on.”

I drove to Aldi, and it did indeed have chicken. But the chicken it had was whole, not helpfully segmented into the required portions, which in this instance needed to be thigh fillets.

The dish I was to cook needed eight thigh fillets. And while I am as capable as any man of deconstructing a chicken into its component parts, the last time I looked, the fuckers only had two thighs. To obtain eight thigh fillets, I would need to buy four chickens. My freezers were full. I did not need four chickens. And it would have looked to my fellow shoppers as if I was hoarding the wretched birds.

And then I saw it. It was alone and sitting in the very middle of the Aldi Middle Aisle. Yes, THAT aisle. The one the Germans put there on purpose to make you stop and look.

Rat-cunning Germans. They got the idea back in WWII when they were defending Berlin from the advancing Red Army. Back then, they deployed anti-tank caltrops to make General Zhukov pause for a little while to allow the Fuhrer to shoot himself in the face and avoid capture.

The Aldi Middle Aisle is nothing but the Wehrmacht’s Berlin Defence Strategy modified for consumerism.

But this was not a caltrop. It was a wondrous black-steel war-club/axe/hammer complete with its own belt-pouch. And it was on sale at the ridiculous price of $15.99, having been discounted by 20 per cent.

Which is exactly what I said to my wife when I got home and plonked the axe on the counter.

“What’s wrong with you? Why do you need another axe? You have fuck knows how many of them already. Where’s my chicken?”

“Yes, but it is more than just an axe! It has a hammer bit on the other end! And it has a tactical pouch so you can wear it on your belt!” And look! See that hole down there? That’s where you can thread a leather thong!”

“Why would you thread a leather thong through it?”

“Oh come on. Everyone knows it’s so you don’t lose the axe.”

“What kind of fucking imbecile could lose an axe that is in his hand? Surely there can’t be more than one of you on this earth?”

“You don’t understand, and you know nothing of battling hand-to-hand with your enemies…the screams, the courage, the sprays of blood, the mighty deeds and glorious feats of arms, the…”

“The fucking fuck you talking about? When’s the last time you strode onto a battlefield with your fucken bannermen? No. Do not speak. Stop explaining things I don’t need explained. I need fucking chicken, not you talking shit and waving an axe around the place.”

“Are you becoming aroused?”

“Only to the point where I’ll kick you in the knee and watch you writhe on the floor for an hour crying like a slapped child.”

“Look, there were only whole chickens, and you wanted chicken thighs.”

“Go back and get the whole chicken. You can roast that tonight instead of making the chicken-and-vegetables thing. And do not buy another axe.”

“This was the only one in the store. But they had heaps of insulated bottles and garden hoses.”

“One chicken. That is all. And don’t suddenly make a detour to your mate’s place to drink beer.”

“How’d you know I was gonna do that?”

“You started carrying the axe out to the car. Every time you or him buy something you don’t need, you get together, drink beer and congratulate yourselves on being geniuses. How many angle grinders does Zed have now?”

“And how many axes do you have?”

I had a look at the brand of axe Aldi had sold me for $15.99. It’s FBIQQ. You can find them on eBay and various websites that sell such things for between $50 and $80.

But when you dig a little deeper, you will find FBIQQ is Yangjiang Jiangcheng Federal Hardware Manufacturers, which is part of the Alibaba empire. And if you buy 24 of these axes, which is the minimum order, they cost $4.70 per unit.

And they’re making a profit on that. And good on them. 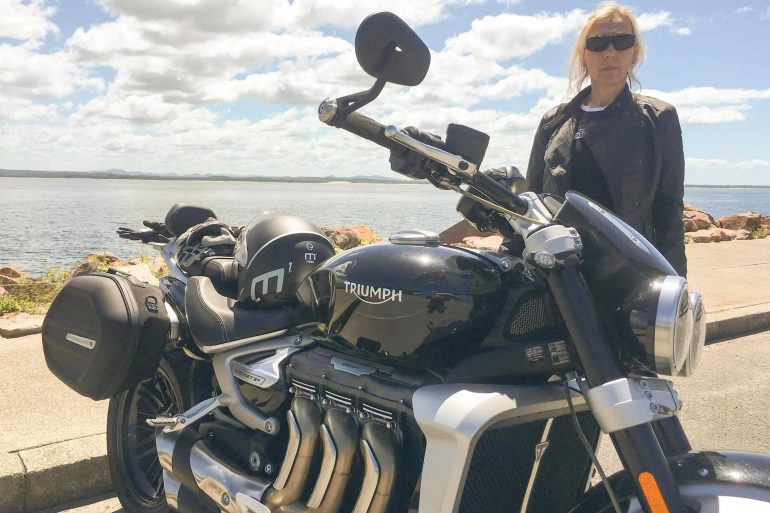 SHIT MY WIFE SAYS – THE PRINTER

Previous
OI! AUSTRALIA! YOU NEED TO GET F&%ED HARDER!

Next
YOU’RE PROGRAMED TO HATE DJOKOVIC