There’s quite a bit to unpack with the ongoing Novak Djokovic saga. I’m of the view that what happened is a conflation of mindsets, agendas, and sheer incompetence – and once again, it has served to even further divide Australia.

Division is one of the very few things we’ve become good at in recent times. We adopt a mindset, decide upon an agenda, and then with the aid of social media, commence a-hootin’ and a-hollerin’ like June-born pigs fucking in a muddy saleyard – usually at the other different-thinking pigs. It’s programming.

In this we are ably aided by the most incompetent set of governments, state and federal, in the short history of this country. And there’s a pandemic at the same time, which only helps to highlight the criminal negligence of our rulers.

And, let’s face it, we’re not all that bright in the first place. A third of our population is functionally illiterate. Tribalism is our default position. Many of us imagine “research” is Googling shit you agree with on the Internet, and we are so very effectively isolated from the rest of the world. We’re a giant island. Our nearest neighbours are all Asian, and they don’t like us and we don’t much like them, and when America decides its interests lie elsewhere, we shall be absorbed into Asia without a shot being fired in anger.

I think we all kinda know that and hope it won’t happen in our lifetimes, and so we go about our business, fat and happy, bold and brassy, gambling, drinking, and telling ourselves we have it so good compared to so many other places.

One of these other places is Serbia. It’s where Novak comes from. It’s where my parents come from. They’re all wogs. And despite being born here, I am also a wog. And while things have improved for us wogs since those vile and abusive days of the 60s and 70s, the wog-stigma remains.

If you don’t speak English well in this country, you’re looked upon as being kinda dumb. You might speak three other languages, but the monolingual Australian majority will still look upon you as being somewhat less than they are.

There is a deeply ingrained racism and xenophobia in Australia. It exists. There’s no denying it. Our short history is redolent with it. Our cops still kill our aborigines with utter impunity.

We pay nothing but lip-service to being a pluralistic, easy-going society, which accepts and treats everyone equally, but we still mangle foreign surnames, despise strange religions, demand that people speak English if we happen to overhear them on the street, and generally see all foreigners as a threat to something called “the Australian way of life”.

You are, of course free to disagree. You obviously live a different reality to mine. But I know what I know, and I see what I see. I live as a wog every single day, in a country I love, under a system I despise, with a bunch of people who’d be far more at ease if I would do the right thing and change my name to Brad Michaels than persist with the unpronounceable Boris Mihailovic.

So all of that is by way of a preamble and a look at my particular mindset. Which was further cemented in 1990 when Yugoslavia imploded and the demonisation of the Serbs began.

A similar thing is happening right now with the Russians. Most of you will regurgitate the very same bullshit about Putin being a vile war-mongering dictator hell-bent on invading the Ukraine that the media feeds you. It’s a narrative you’re meant to accept without question, and you do.

That that narrative is entirely wrong – which even a cursory digging would reveal – makes no difference. You know what you know. Putin is a massive bastard, the poor Ukrainians are utterly blameless in everything, and the sooner the USA and NATO put Russia in its place, the happier the world will be.

I cannot change your mindset in this. It is set in concrete. The Anglo-Saxon and Western European block is a force for pure goodness, its motives are entirely altruistic, and thus has it always been, ever since the USA won WWII, right?

Of course, none of that is even remotely true. But it is the truth the vast majority of sub-literate, historically-ignorant, and culturally-vacant Australians adhere to.

That’s what is happening now.

In 1990, a different thing was happening, and the echoes of that thing are still very evident. Without re-hashing the Balkan wars, what caused them, when they actually began, and for what reasons, let me just address the whole thing in simple terms so that you might understand these echoes we still hear today.

As Yugoslavia fell apart – a hugely complex and still unfinished process – a narrative had to be created for the unwashed and ignorant to understand what was going on.

It was not important the unwashed understood what was actually happening in the Balkans. But it was crucial they understood why it was suddenly very cool, and indeed imperative, to bomb a sovereign nation in the heart of Europe.

A simple narrative had to be created. And so it was. And it went like this…

Serbs are committing genocide. Here are some pictures. See? Genocide! Here are some important people – good people – from the USA and England with their stalwart allies, the reconstructed Germans, and a whole bunch of beaut champion nations recently dragged into the NATO alliance so that it could pretend to still being relevant despite the collapse of the Soviet Union (which is why NATO was created) – who will agree the Serbs are all genocidal killers eagerly butchering Muslims, Croats, and Albanians.

Why were they doing that? Were they even doing that? Bet you didn’t even ask, did you? You saw the same pictures I did. You heard the same declarations from Jamie Shea, Tony Blair, and Bill Clinton, that I did.

But the difference between you and me is that I had context. I knew the history of the region. And I spoke the language.

So when the BBC presented a busload of Serbs running from the Albanian butchers of the Kosovo Liberation Army (KLA – an organisation listed as a terrorist group by the CIA until it suited the USA to take it off that list) as a busload of Albanians fleeing Serbian paramilitary death-squads, you had no idea it wasn’t true because you didn’t speak the language.

You could not know the people on the bus were speaking Serbian to the reporter. You had no idea they were telling how the Albanians came into their village and started killing, raping, and looting, because the BBC subtitles presented them as Albanians decrying Serbian depredations.

It was a bald-faced lie. It was propaganda. But it was the BBC and it could be trusted, right? Serbs are genocidal killers. Got it? Good. CNN was exactly the same. Interestingly, Fox was in its pre-Trump stage, so it now and then offered some news which was relatively balanced.

And so it went. Lie after lie, the propaganda machine kept on churning. It fed you bullshit about Srebrenica, the Markale bombings, the staged murders in Racak, and the siege of Sarajevo.

You believed every word. I do not blame you. The USA is excellent when it comes to propaganda. The Yanks still believe they won WWII, remember?

Had I not known what I knew about what was going down, and what had come before, I too would have believed it.

And it was simply presented because it had to be simple. You would have blanked it out if you were offered context or truth.

The Serbs are all bad guys committing war crimes. The Bosnian Muslims, Croats, and Albanians are all victims. And it had to be like that because when the entirely illegal 79-day bombing of Serbia started, there would have been more people protesting than the just Greeks and Macedonians.

And on and on it went. It went on even after the shooting stopped. The USA and NATO created a special court in the Hague – and they picked the Hague because the International Court of Justice is found there. That court is a branch of the UN and has some credibility. Unlike the bizarre kangaroo court entity that was created and named the International Criminal Tribunal for the former Yugoslavia (ICTY), but always referred to as “The Hague” so that people would think it was a legitimate thing.

It was nothing of the sort. It complied with none of the laws of jurisprudence, and ran its show-trials only to justify – to give a veneer of legitimacy – to the crimes NATO, the USA, England, and its allies (among them Australia) committed in Serbia.

The vast, vast majority of defendants were Serbs. The ICTY only started dragging in Croats, Bosnian Muslims, and Albanians, when the mainstream media began to wonder why the defendants were exclusively Serbs. So a very few token non-Serbs were added to make it look good.

And it did look good. Justice was being meted out to the genocidal Serbs and it was seen to be done, because a ten-second clip of some exhausted-looking wog was shown to you on the news, along with a voice-over that told you what it was about.

On many occasions, the Bosnian Muslims committed these crimes on their own people in order to win western sympathy for their cause. It was easy to blame the Serbs for these crimes. UN observers had no idea who was who in that terrible zoo. Many combatants did not wear uniforms. All of them spoke the same language. How some squaddie from Ghana could work out if Serbs were shooting Croats, or Croats were shooting Bosnians, was lost on people.

As far as the media clowns were concerned, they sat in the Holiday Inn in Sarajevo for the length of the war and reported what the Bosnian Muslims told them was going on. Very few ventured out into where the shooting was.

The UN peacekeepers I have spoken to all say the same thing. “What we saw when we went there was very different to what we were told was going on. But hey, we were just following orders.”

But I am not re-hashing or re-telling the Balkan wars here.

I’m pointing out that the demonisation of the Serbs began in the Nineties, and the echoes of that demonisation remain today.

Very few of the Australians calling Djokovic a flog for apparently being wealthy and seeking to circumvent The Rules by sneaking into Australia to spread the Plague among us, are not guided by the demonisation of the Serbs that took place for more than two decades.

That mud sticks. Serbs are genocidal killers. So that Serb tennis player is suss as. And he’s fucken rich! What a cunt – feeling all special and privileged and being weird. Fucken anti-vaxxer! Prick hugs trees. His old man says he’s Jesus! No, I don’t speak Serbian, but that’s what he said.

He’s a flog – a product of a nation that is genocidal, violent, and primitive. Fuck him. Fuck wogs. Strong borders, etc.

What do the Serbs think of all this?

Do you really wanna know?

I don’t think so. 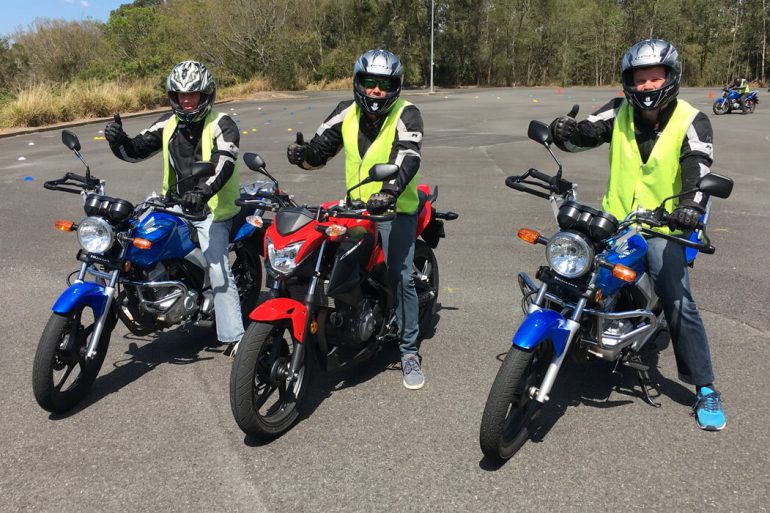 Previous
SHIT MY WIFE SAYS – I WENT FOR CHICKEN, BUT GOT AN AXE INSTEAD

Next
OI! AUSTRALIA! GO AND GET F%$KED!