This is not a recommendation - but I am not the boss of you, am I?

I’ll bet some of you are already screaming with spittle flying out of your mouths like wet confetti.

How dare that filthy tattooed bikie thug even broach such a subject!? Who even does that? Bastard’s only writing to scandalise people anyway. It’s all for effect. He’s making it all up!

I actually don’t write for affect. That so many marmosets befoul themselves over something I have written is a matter for the marmosets, is it not?

I share stories from my life and the things I have experienced. I sometimes change the names of the people involved or the places where shit happened, but if you think I can make up any of the shit that’s happened to me, you’d be very wrong.

I did this in the 80s and 90s. Lots of people did. During my decade in an outlaw club, I doubt I did all that many miles sober or straight.

Do I advocate that you do this? No.

Do I look back with fondness on times that have passed? Hell, yes – and I often marvel that I survived those times, because so many didn’t.

Do I regret taking drugs and riding motorcycles? No. I don’t regret all that many things in my life…well, apart from maybe being nicer to my mum.

Like I said, I’m not saying you should go out and do what I did. All I’m going to tell you is what happened to me when I did these things.

And may the Road Gods have mercy on my soul…

As you might understand, dosage is always an important factor, as is the quality of the chemicals you’re using.

Take cocaine, for example. The cocaine we get in Australia is largely shit. Now and again, some really good stuff used to get through without being stepped on (diluted) too much, and you certainly knew about it.

So as you peruse the following, bear that in mind, and assume that I am proceeding upon the basis that all the drugs mentioned are of a fairly good quality.

Oh, and I can’t ride on LSD. I did try, but that was only the drugs fooling with me. And I didn’t mix the LSD with anything and try to ride. If you’ve had good LSD, there is nothing else you want or can do but take the trip. The same with Mushies. I just can’t ride on hallucinogenics. Which is probably just as well.

This is all dosage. Type only plays a small part. Once you reach the edge and fall off, it doesn’t matter if your pissed on fighting rum, dancing tequila, or cheap wine. You physically cannot ride because you cannot stand up.

One drink – All good, no difference really.

Three drinks – I’m better at this riding shit than I think. My heart is brave. My aim is true…mostly.

Four drinks – I’m up for a race. I will actively look for one.

Five drinks – Race be fucked. I’m riding to Perth. And I will sing all the way. And fuck bitches. And fight.

Six drinks – Where are my fucken keys, cunts?! Give me my fucken keys and fuck off! I’m gonna wheelie this cunt though every fucken gear! But first, a burnout!

Seven drinks – What do you mean this is not my bike? Fuck off, cunt. I’m riding it anyway. Don’t fucken touch me! Whose car is this? Did he see me hit it? No, it’s OK. I can change gears without a clutch. Just give me a push…

You cannot be stoned to the point where you’ve shat yourself, OK? You need to be able to get off the beanbag, remember which bike is yours, and get the key into the ignition – and that is not as easy as you think. Then there’s the whole “How do I get the bastard out between all these bikes without smashing them?” Paddling it backwards is almost impossible, but don’t try and do that unless you’re sitting on the bike. You’ll drop it otherwise. If you can manage to get to the street, you’re good to go, and then it’s like…

How good does the wind feel? Man, this is the best!

I wonder if I can balance on just the wheels while I’m sitting at these lights? FUCK! Ouch! Almost dropped it. SHIT! Is that a cop car? There’s so many unmarked cars thesedays, you can never be sure. Phew! Made it to the servo. Once I eat these three Cherry Ripes, I’ll straighten up a bit…

I am intent incarnate. Sniff. I am concentration carved from concentration. I should race. Professionally. Sniff. My focus is laser-like. I am precision, and power, and speed, and God, and sexy as fuck. Sniff…oh, fuck, a lump just went down my throat. GGGGGRRRRGGGHHH. I am so carving this shit. Fast and hot as fuck. That speedo number means nothing. Sniff. Focus, focus, focus. Faster, faster, find the gap, close doesn’t count, faster, harder, faster. Sniff. Fucken stop-light, comeoncomeoncomeon. Sniff. YESYESYES! Fuck, that’s quick. I’m quick. Sexy too.

I am so good at this. Look at me. I hope someone’s watching. I hope it’s a hot chick. Just carving traffic, swooping like an eagle, flowing like a river, like kung fu, like a snake with kung fu in a river…sniff…I need a bump. Where can I stop? Here’s good. SCHNORK! Anyone see that? Fuck ’em? Let them catch me. Not a hope. Fucken lights. I need corners. I’ll just smash this roundabout a few times…almost got me knee down! The surface felt a little iffy. Maybe the tyres are off? Need a bump. Here’s good. Whatchoo looking at, cunt? Nosey prick. SCHNORK! Maybe two ’cause we’re not fucken around tonight. SCHNORK! Bit on the gums. FUCKYEAH! Like an Amazon anaconda on the corners! Tyres feel fucked. I can feel the front squirming. Maybe it needs air? Maybe I should put nitrous in it? Fucken nitrous is the best! How much gear do I have left? Better check…FUCK! I’ll just have this, then go get some more. SCHNORK! SCHNORK! SCHNORK! SCHNORK! OHFUCKYEEEEES! Eyes wide open!

I feel nothing. It’s not working. Cunt ripped me off. Fucken rubbish fucken pills. I fucken hate pills. Oh…fuck, the light’s green. Stop beeping me, man…fuck, sorry. Shit. Everyone’s got their high-beams on. How fast am I going? 80? Oh. What’s the speed limit? Fuck, everything is so bright! I need sunnies at night. Maybe I should have my eyes checked? Why is the bike buzzing so much? Oh, change into second. I need to stop. I need to get a grip. Here’s good, next to this car with the windows down. I love that song!

Bullshit. Utter fucken bullshit. Head pounds like a drum for 20 seconds. Life is shortened by an hour or so with every sniff. Cannot have bum-sex or orgasm while riding a bike due to practical considerations, traffic, and non-adventurous girlfriend. Must upgrade girlfriend.

No. Just fucken no. Leave me alone. I’m asleep, fuck you. You go ride the fucken thing.

I am the Nightrider! Watch me wheelie this bitch…FUCK! HAHAHAHA! Almost flipped it! HAHAHAH! Listen to it! Redline rules! HAHAHAHA! Gotta stop riding the clutch. Smells like a moll’s wet flange…FUCK IT! HAHAHAHAH!

Right. I’m just gonna take it easy. Lots going on. Most of it is good. Some if it is strange. But most of it is good. Easy now…easy…FUCKITLETSBANG! Yes, yes, yes! SHIT! Is that cops? FUCK THEM! I hope it IS cops! There’s too many cars! They’re all going too slow. I’m trapped by them! I can’t go down any more gears! Is that gap big enough? Is it? Is it? Stop being a bitch and find out.

Eyes open! Both of them! At the same time! No, no, no! If you close one, then the other one will not stay open alone. Oh…fuck…I need to stop. I can’t do this…wait…maybe I can. I don’t really care much either way. Um…no. I can’t do this.

Am I drunk? I don’t feel drunk. I feel weird. But strange weird. Like weird, but not really pissy, and not really dancey. The motorcycle is not making any sense. It’s going, but am I in charge? I must be in charge. Doesn’t feel like it.

Light snoring. Bike parked nearby. May not get ridden for a while.

I am the motorcycle. I am the revs. And the gears. And the tyres. And the way, and the truth, and the light, for ever and ever, world without end, Amen.

Yeah, cool. I think. Those are not bats. I know they’re not bats. But maybe they are. If I go faster, they are still there. If I slow down, they just flap slower. I need another bump. I need lots more bumps. SCHNORK! Hi, bats! Let’s ride!

Bats are for bitches. I ride with pterodactyls! I am a fucken pterodactyl! Except like a Tyrannosaurus! With wheels. There is no redline! I am the fucken redline!

The fuck is even going on here? All sorts of mainly fine shit. Since I will never sleep again, I will have lots of time to work it out. And I will ride as soon as I finish polishing my bike. And if my girlfriend puts on that red bikini and helps me, we can maybe get it done in three days, because there will be fucking. Hot jungle fucking.

Big night, huh? Yeah, been there a few times. There was shit in my pants at some stage. Certainly piss. Didn’t matter. Sat in the itchy mess and wobbled home somehow. Had to wait until morning. Too scared to do it at night. Sun was loud. The air had a flavour. Tried to sober up by taking more speed. Reached the tipping point there. Didn’t work. Fucken Rohypnol. Took more speed anyway. Black and red vampire bats at the edge of my vision. The red ones are new. Not seen them before. And there’s something with lots of skinny legs. Tongue swollen from chewing it and smoking 4000 ciggies. Saliva all gone. Replaced by what must be talcum powder made from dead cats. Too uncoordinated to keep feet on pegs. Thankful boots still on feet. Face keeps hitting tank. Stopped 37 times in four kilometres. Went in and out of the same servo three times. Passed out on dirt in front of house. Not my house, as it turned out. 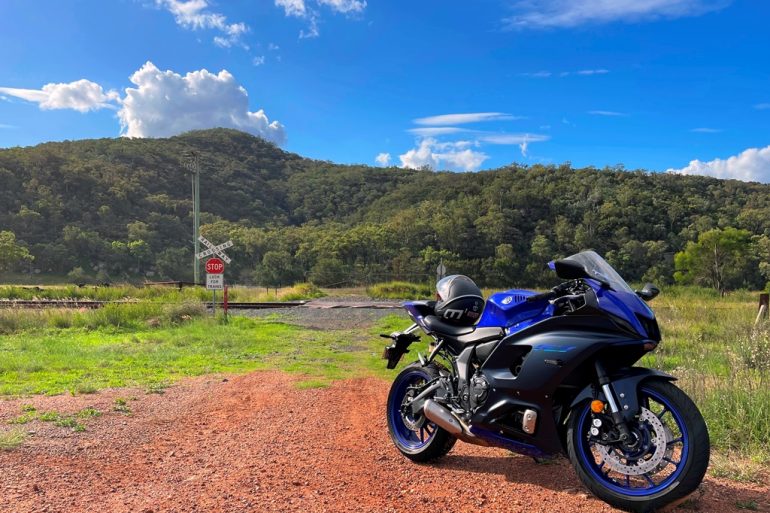 Next
IT HAS COME TO THIS, HAS IT?