I don't really miss tank-slappers...but sometimes I do...

Tank-slappers have largely gone the way of Barnaby Jones’s political career.
And it’s probably just as well. The New Age riders, hipster bitch-monkeys, and those under 30 simply lack the correct chromosomes to deal with tank-slappers.

The departure of these terrifying happenings from our current safety-first riding experience is certainly a matter of evolution.
The laws of physics have not changed. But the way we address them has.

The addition of steering dampers, better suspension, friendlier tyres, electronic rider aids, and more restrained riding behaviours, have all combined to reduce the occurrence of the tank-slapper to the point where it’s rarely happens.

Entirely uncoincidentally, as the tank-slapper has largely faded from our riding experience, so have pants full of shit, crushed and brutalised thumbs, orbit-attaining highsides, and awkward hospital visits by grim-lipped girlfriends.

But there was a time when tank-slappers were the monster at the bottom of the garden, sitting and waiting and ready to pounce on you, and kick you into the arms of an orthopaedic surgeon like a meaty football.

That was a hell of a time back then, wasn’t it?
Just about anything you bought would, at one time or another, try and murder you with a tank-slapper (aka Death Wobble). And since proper men who were serious about their motorcycle riding only ever bought 1100cc Jap bikes, stupid Italian rubbish so full of character it only worked when it felt like it, and terrifying Harleys shod with tyres made from linoleum, these murder attempts were dead serious.

Normally, a tank-slapper would occur due to a combination of factors. Tyre and chassis stiffness, forward weight transfer, road surface, landing a long wheelie after the front tyre has stopped spinning, Jesus is having a bad day, or Just Because.
Sometimes they would start off small and gentle, and if you stopped doing what you were doing they would go away. They were like little warnings only idiots and drunks ignored.

And sometimes they would not be gentle oscillations of the handlebars at all. Sometimes they would, upon the instant, become wrist-snapping, thumb-mashing (if you had clip-ons), head-shaking, bronco rides that ended in crunching catastrophe no matter what you did.

They were the best because they horrified you the most.
They were a legitimate, responsibility-free excuse to munt yourself into a tree.
“I was just belting along, and suddenly it went into a Death Wobble, and could you rub some more lanolin into my back? Those bed sores are really stinging today,” was a common conversation in hospital wards.

Of course, back in those days, hospital wards were huge, often housing 50 or more patients ranged along the outsides of long halls. So you got to share your tales of tank-slappers with lots of people.

No doubt this went a long way to cement the reputation of the motorcycle in the minds of normal Australians as a death-machine ridden by death-wishing retards.
Think about it. A motorcycle, being ridden at speed, would suddenly, and apparently entirely apropos of nothing, make a serious attempt on your life.
What could you do when it happened?

Well, like said, sometimes if you backed off gently it would stop.
If you chopped off the throttle hard and jumped on the brakes, it might a) tuck the front and grind your Levis into the meat of your thigh; b) highside you like the panic-filled bitch you showed yourself to be; or c) get worse and do both a) and b) at the same time.
You just never knew.

Sometimes you could ride past them and through them.
My old Kawasaki would begin to tank-slap at 110km/h on the freeway. If I maintained that speed, the oscillations would increase in vigour until I went to Jesus. If I accelerated past 110, they would ease off and stop. They would also ease off and stop if I slowed down, but slowing down was not an option in those fast old days. Only bitches, cowards and wimps slowed down. And powering on was the man’s way to survive.

Often relaxing your death-like grip on the bars was enough to stop the tank-slapper. Blokes I knew swore the cure was actually almost letting go of the bars and allowing whatever was happening to correct itself. Apparently, hanging on for grim death only made things worse. I tried this a few times and it kind of worked.

Of course, the fact you could try anything at all indicated that tank slappers didn’t occur in corners. That would have been just too diabolical and certainly outside the laws of physics. When a bike has entered and is negotiating a corner it is too busy dealing with centrifugal force to concern itself with tank-slapping.

Not at all. I am much happier without them.
But a small part of me wishes it was still around to scare off the new kids who bedevil my beloved motorcycling with their safety first, last and always bullshit.
That’s not what it was ever about, bastards. 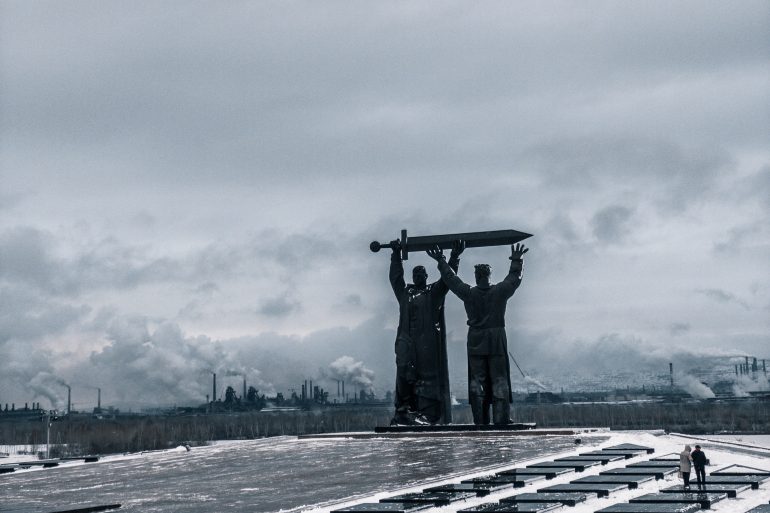 Previous
WHEN SCOOTERS COME FOR YOU IN THE NIGHT…

Next
YOU KNOW THIS IS WRONG, RIGHT?