I've done some crazy shit...but this was right up there...

I used to do some work for Top Gear magazine

The editor, Stephen Corby, and I had a mutual admiration thing going on.

As a result, I would get to drive exotic cars now and again – and on the odd occasion, Corby would make me pay for this by making me do something truly mental.

Like the night he got me to ride a folding scooter through some of the worst rain Sydney has ever seen.

It was only fun in retrospect and because I didn’t die.

I was hoping my next gig for Top Gear was going to involve a roaring, cherry red Rolls-Royce Drophead coupé. I could see my boot cruelly forcing its gorgeous accelerator into the firewall while savage jungle music boomed from flawless speakers and clouds of angry red devil-dust swirled dizzyingly in its mighty wake.

What I got instead was a tiny, hate-filled, two-wheeled, American-made power tool forced into my appalled rectum.

I certainly thought so as I wobbled along the rain-lashed freeway astride the power tool doing all of 18km/h, simultaneously plotting Editor Corby’s forthcoming murder and wondering why I had not yet died screaming under the wheels of some car. Of course, as I wobbled erratically through the teeming rain towards the Harbour Bridge on a vehicle clearly designed to ferry tame apes around a circus ring, it was entirely likely that he would outlive me.

No doubt you’re wondering just what goodly intent this particular road to hell had been paved with. Well, I shall tell you and you shall wonder no more. Unlike Editor Corby, who shall now and forever, world without end, wonder when I will come for him in the night.

The goodly intent of Scooter Angels is anchored in the use of alcohol. And it works like this: You have a few too many and don’t want to risk the drive home, so you summon Scooter Angels on the web. They lob up on a foldable scooter, pop your boozy bod into the passenger seat of your own car, stick the folded scooter in your boot, drive you home, pull out the scooter, unfold it into a vehicle again, and head off into the night, leaving you to wake up with your car in your garage and your licence intact.

That’s so many kinds of fabulous it doesn’t even need discussion.

What needs discussion is how I came to be persuaded that it was somehow a “great idea” that I pretend I’m one of these scootering angels for an evening and head out onto the mean streets of Sydney astride a vehicle more suited to amusing children at school fetes than carting my tattoos about the place with anything resembling dignity. But that’s alright. No doubt Editor Corby will have lots of time to explain it to me before he bleeds out.

My rainy and terror-fraught night as a faux Scooter Angel began in the car park of Scooter Angel headquarters on Sydney’s lower north shore. I had just met Kailene Squire, the owner of the business, and she had introduced me to Danny, a proper Scooter Angel, and my Yoda for the evening.

And one of the first things Yoda Danny asked was what I weighed.

“Dressed as I am tonight, and soaking wet, I’m thinking probably about 130kg. Why?”

Yoda Danny made a face. “The scooter’s maximum load is 100kg,” he said.

I waved that fact away as if it was of no moment. Yoda Danny may have known all there was to know about the US-made 50cc Di Blasi foldable scooter I was about to ride, but he was still an L-plater. I, on the other hand, was an ancient motorcycling warhorse. I had almost 35 years of industrial-strength riding experience under my belt. I tested motorcycles for Australian Motorcycle News. I knew all sorts of shit about all sorts of motorcycles and the riding thereof. And I knew that manufacturers (and L-platers) often make all sorts of not-based-in-fact statements about their motorcycles – especially when it comes to loads. For example, Suzuki has a warning label on the rack it fit to the back of its 650 VStrom. It says “10kgs maximum load.” It is a lie. Two cases of beer and a bag of ice weigh at least 24kg. So as I threw my leg over the seat and prepared to test-ride the scooter around the car park, I naturally assumed the Di Blasi (which itself weighed a hilarious 35kg fully fuelled) could rock my 130-odd kg along without too much bother.

I quickly discovered that was an assumption only a drooling imbecile of my uniquely immense proportions could make. I felt entirely like one of those mad-eyed, bonnet-wearing circus bears as I whirred and quivered around the car park, desperately trying to get the hang of this tiny two-stroke-driven ticket to the nearest bone-grafting centre. If there exists upon this earth a less stable and more terrifying two-wheeled device, I have yet to ride it.

Yoda Danny (whom I now felt was one of the bravest men on earth), the photographer, and Craig, Australia’s pre-eminent male pole-dancer and Top Gear’s Editorial Co-ordinator, were all watching me. Everyone was grinning except me. That’s because seeing me with a buzzing Di Blasi scooter wedged up my blurter was funny to everyone but myself.

THE DAY I DROVE THE SMALLEST CARS IN AUSTRALIA

Apart from asking questions about my weight, Yoda Danny had also been tasked with making sure I knew how to fold the scooter up properly – which he did the second I had declared I’d had enough “rider training” and felt suitably learned-up to tackle traffic.

It was quite amazing how efficiently and rapidly the Di Blasi can be turned from a vehicle to cargo and back again. The whole process takes less than a minute. It was so dreadfully easy even my normal mechanical retardation had no issues with it. I was starting to think this was a great idea.

And then I went out into traffic with it, realised it wasn’t and immediately began to plan Editor Corby’s passage into the afterlife.

Yoda Danny had told me, just before I set out into the night, that I should not, by all that I held holy, ever take a hand off the cute little handlebars. This seemingly innocuous action, he declared, would send the little scooter into a death wobble. I didn’t believe him, but 100m up the road when I went to scratch my face and barely avoided sideswiping a Merc as the Di Blasi went about its business of death-wobbling us both to death, I suddenly did.

I was thus a touch wall-eyed with terror as I turned onto the Pacific Highway and began to make my way towards Balmain to pick up the lovely young Casey, my first client for the evening.

I had water in one of my eyes and I itched to wipe it. But even slightly releasing my grip on the handlebars would cause the scooter to wobble like annoyed jelly and drift aimlessly across the road.

Then, as I lurched crazily onto the Harbour Bridge approach, I discovered to my enduring horror that the appalling and amazing Di Blasi foldable scooter could only manage 56km/h as a top speed – and that was downhill after a two-kilometre run-up. It mainly whirred along at somewhere between 10 and 20km/h. I could not actually see how fast I was going, since I was wearing sunnies smeared with dirty water and the photographer was helpfully strobing me into blindness with his military-grade flash every few seconds, but Yoda Danny, who was following me in his car, later told me that was what he clocked me at on the approach to the bridge.

None of this was amusing or entertaining the drivers who swerved around me, or swooshed past me, spraying me with untold litres of greasy road-water. It was certainly not amusing to me. The next time I would smile would be as I bathed my hands in the lifeblood of Editor Corby. But until that happy moment arrived, I would use every shred of motorcycling skill I possessed not to end up wedged under the sump of some pretty P-plater’s Swift.

And thus, eventually, I came to Balmain. I had aged several decades. My pupils were fixed and dilated and my bum had eaten most of the Di Blasi’s seat in various spasms of terror. But even in that state of extremis, I still managed to fold up the scooter, place it in the back of Casey’s car, drive her home, see her safely to her front door and head off back into the anonymous darkness like some good-deed-doing, two-stroke-stinking, scooter-riding Samaritan. A Scooter Angel, as it were.

So, as you can see by the delighted expression on Casey’s face, it’s a great thing when one of these scooters comes for you in the night.

Except when I’m riding it and it comes for Editor Corby. 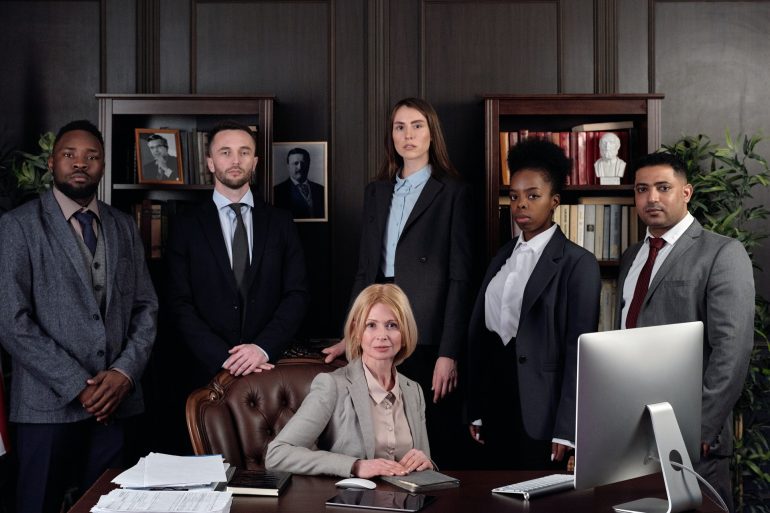 THE BEST JOB IN THE WORLD

Next
SLAP ME, BABY