It's weirder than you think...

“What’s wrong with it? Why is it doing that?” she asked.

“I don’t want to trouble him,” Lynette replied.

“Meh,” I shrugged. “Al lives for this. Besides, he’s locked down, and his wife just wrote their car off putting in the garage. I’m sure he could use a distraction.”

I called Al and a few minutes later he has seized control of my wife’s computer via Team Viewer and those terrible black and blue screens with code began appearing as Lynette and I watched.

“He really knows what he’s doing,” she breathed in open admiration. Then my phone rang. It was Al.

“Lynette’s hard drive is on the verge of death,” he said.

“What should I do?” I asked, a fearsome panic gripping me like a vice. Lynette’s computer is crucial to our way of life. She is the keeper of the gates. She does my books. She runs my life. Without her and her computer, I go to live in a box under a freeway.

“You need to buy another hard drive, preferably an SSD, install it, and away you go.”

“Fuck off, cunt,” I said. “It is not that easy. It is never that easy. Stop making it sound like it is.”

“How?” I demanded. “You’re locked down like a rabid disease-pig.”

“There is that,” Al allowed. “I’ll work something out.”

I hung up. Lynette looked at me.

“You need a new SSD,” I said to her as if I knew what that even was. My voice did not tremble and I sounded authoritative.

My brother Alice is, like Al, a high-level computational wizard. And he lives closer to me than Al.

I called him and explained to him what was going on.

Lynette and Alice chatted briefly, then he took control of her computer, and a few minutes later he called me.

“There is a suitable SSD waiting for you at the Jaycar shop in Singleton. I told the bloke not to make computer small-talk with you because you’re a violent, unreasonable psychopath who is frightened by computers and liable to lash out without warning.”

“Go buy the thing and then call me.”

A short time later the thing had been bought and Alice and I had agreed to meet in Branxton where I would hand over Lynette’s computer, he would take it home, fix it, and then give it back the next day.

I told my wife what the plan was.

“What are you talking about? Your laptop is not radioactive.”

“No, fool. The cops. What are you going to say to them if they ask you what you and Alice are doing away from the homes you’re meant to be locked up in?”

“There’s not much talking goes on during a gun-fight,” I grinned.

“No,” she said. “You’re not doing that. Come up with another plan.”

I called the shop where I’d bought the SSD.

“Mate, I was just there and bought that SSD. Are you able to install it into my wife’s laptop, then restore from back-up?”

I was down there ten minutes later, and the girl (who had not been a girl for a long time) started unscrewing the compartment on the bottom of the laptop.

“What are you doing?” I asked her.

“Of course it fits. I bought it here an hour ago.”

“I want that, and then I want you to restore everything from this external hard drive where everything is backed up.”

“Al,” I said. “This village woman is saying things I don’t care to hear. Would you be good enough to speak with her?”

Al and the lady spoke for a while, and because it was on loudspeaker I could hear Al telling her the Product Key she would need to re-install Windows 10 was in the computer.

She gave me back the phone.

“Borrie, go home and give me a call,” Al sighed.

Then she handed me a card. “But Jeremy is very good and he can do it all.”

I looked at Jeremy’s card. He lived in Sandy Hollow, where the blessed Bylong Valley Way began, and his card said he did all sorts of computer stuff.

I went home and called Al. Al once again seized control of Lynette’s laptop, found the Product Key number, and then asked me if I felt like I could replace the hard drive while he walked me through it.

“Do you think you could skin a living man while I talked you through it?” I asked.

Al said he’d certainly give it a go.

“Yes, well, this is heaps harder than that in the world I live in. But now that I have this number you found could a mid-level computer geek manage to do all this?”

“He would not be worth his oily skin if he could not.” Al declared.

I called Jeremy and arranged to meet him at the Sandy Hollow petrol station in an hour.

“What are you doing?” Lynette asked, as I pulled on jeans and pushed her laptop into a bag.

“I’m going to give this to Jeremy. Jeremy said he can fix it. But Jeremy is at Sandy Hollow. I should be back in about two hours.”

“What are you going to say if the cops pull you over?”

“I’m going to tell them the truth. I need this computer to eat, and while it doesn’t work, I do not eat. Nor does my wife. And while I’m prepared to go hungry, I will not see my wife starve, so they can fine me, shoot me, or go fuck themselves. I have nothing left to lose.”

“Please don’t fight with the cops,” she said.

“You always say that when I go anywhere.”

“It so fucken is…and probably worse. Just be careful.”

And so I set off for Sandy Hollow.

And what a strange and surreal journey that was.

The roads were empty of everything except semi-trailers. Lots of dead kangaroos littered the road-sides, their ragged, stinking carcasses food for giant crows.

I set the cruise control for 105 and kept peering in the rear-vision mirror for the inevitable cop car as I made my way down the Golden Highway to Sandy Hollow, via Jerry’s Plains and Denman.

I had never seen the roads so deserted. The world really looked like everyone had left it to go somewhere else. I kinda liked it, and it kinda freaked me out at the same time.

Spotify was serving me up the most appropriate music for this post-doomsday scenario, which began with that smooth-haired pretty boy from Smokie singing about his lying, crying, green-eyed whore, who would do pretty much anything for a few dollars more.

I was on tenterhooks. Each crest I went over I expected to see a road-block. Each bend I went around seemed to promise a blaze of flashing red-and-blue lights, and a phalanx of uniformed thugs eager to stomp my roaming guts out.

But no such thing happened. As I approached Denman, I was sure that’s where the road-block would be, and since I was accompanying Dwight lamenting how he needed Carmelita to hold him tighter because he was all strung out on Horse on the outskirts of town, I turned it up, so the cops and I would have a soundtrack to battle to.

Nothing in Denman. I drove on, now convinced the cops would stop me at the truck lay-by just outta town. Best place for it. No pesky townsfolk to witness their savage depredations on my disobedient arse.

The lay-by was empty and I knew the fuckers would be in Sandy Hollow. They had to be somewhere. The Plague was everywhere and the only way the Plague could be stopped was by policing it to death – and us along with it.

The Steeldrivers sang me a story about a bartender as Sandy Hollow hove into sight. I found the lyrics painfully truthful, especially the bit when the bartender invites you to call him a sinner, but goes on to advise you that after all is said and done, he doesn’t pull the trigger. He just loads the gun.

Amen, I thought, and pulled into the servo.

Jeremy arrived a few minutes later. We laughed a bit at how surreptitious and bizarre this all was. It felt like a gun-sale or a drug-deal, rather than a simple laptop-needs-fixing scenario.

We both agreed we lived in interesting times, and he told me to come back at ten tomorrow and he would have my lap-top sorted and ready to go.

Jeremy laughed. “No, that makes this all even weirder. I’ll send you an invoice.”

I drove home the way I had come. Once again, I saw maybe three cars and 20-odd trucks the whole way, but not a single police car. Laura Branigan sang to me about the night Spanish Eddie cashed it in, and given he was using Vicks as a cheap form of gak and chasing it with lemon gin, I didn’t much blame him.

Ten kays from home I called my wife.

“I am untouched by the filth.”

And that would have been a lie had the three Highway Patrol cars actually been finished setting up on the outskirts of Singo when I went past.

But they weren’t, and it wasn’t. 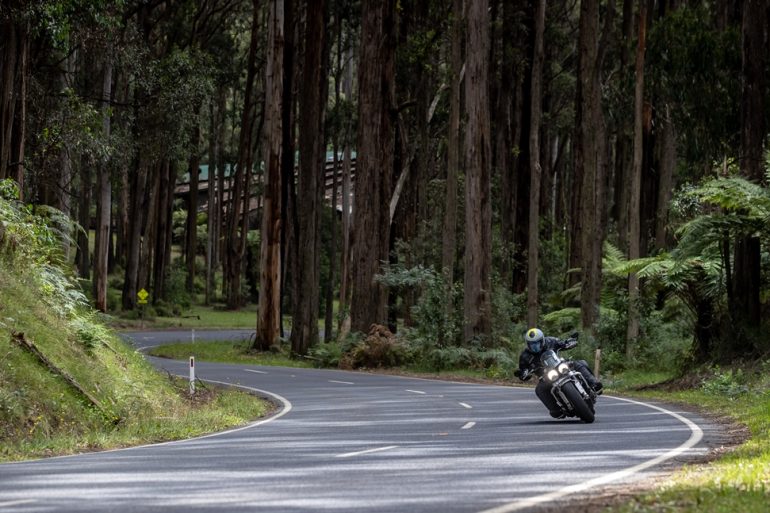