SHIT MY WIFE SAYS – “TELL HIM HE’S NOT TO EAT MIROSLAV!”

“Do not eat Miroslav!”

“I promise not to, unless he’s really delicious, in which case all bets are off,” I yelled from the garage.

I made my way to the back of the house where my beloved wife, Lynette, was entreating Bad Man José, our bull terrier, not to eat Miroslav.

“What are you doing?” I asked.

“I’m telling the bullasaur not to eat Miroslav.”

“If Miroslav breaks into our property, then I expect him to be eaten upon the instant.”

This was an unlikely occurrence. Bad Man José, whose diet is as rich and varied as his foraging about our half-an-acre can make it, was the world’s worst watchdog.

We had gone from one extreme to the other on the matter of watchdogs. Before Bad Man José and his late and still-missed companion, Bella the All-Slayer, we’d had Bane.

Bane was a Rottweiler. Bane hated everything on this earth except me. He adored me. He tolerated my wife and son, but everyone else got the full Omen treatment from Bane. When my brother Al would come over to visit, Bane would sit a metre away from him and stare at him in that terribly disconcerting way Rottweiler’s stare at things before they end them.

Al was not a huge dog-person, which worked out for Bane, who was not much of person-dog. When Al would go to the bathroom, Bane would follow close upon his heels, then wait outside the bathroom, staring intently at the door until Al came out, then he would follow him back, sit down again and just keep watching him.

Al made no attempt to pat him after I had told him not to bother, unless he wanted to be bitten. Bane did not like to be patted by anyone except me. He once bit my wife’s girlfriend, but that was her fault. I told her not to touch the dog, which I had locked away in an enclosure so it would not kill her vile children.

She’d told me she was good with dogs and went to pat Bane before I could stop her. Bane nipped her nicely. There was some blood and a lot of outrage, but we all agreed she had no-one to blame but herself.

I loved Bane, but he was a problematical animal. In the ten years he’d lived before passing from cancer, the local pizza guy did not once come to my front door. He would beep his horn and leave the pizza at the bottom of the driveway. He could not deal with Bane rearing up on his hind legs behind the screen door and making that deep-bass Rotty noise that’s between a roar and a bark, and is clearly Rottweiler for “Fuck off and fuck off now!”

When Bane passed, I mourned him for more than a year. I still do. He was a magnificent protector of my home and hearth.

And then I went and bought two bull terriers. People could visit me again. Pizzas would be brought to my door and tradesmen could move through the house without me having to lock Bane in the yard, from where he would stare menacingly at them through the windows.

But English Bull Terriers are their own blessing.

And Bad Man José is the archetypal bull terrier. He’s over 12 now, so he doesn’t run around as much as he used to, but he still has his moments of pure bully madness.

And now he was staring lovingly at my wife, his tail wagging, while she wagged her finger at him and entreated him not to eat Miroslav.

“That’s Miroslav,” she said and pointed to the 30cm-long garden skink sitting on my outdoor lounge. I know 30cm is big for a garden skink, but I don’t know what else it could be, despite its size. I had seen Miroslav before, but I had not named him. He seemed to live around my patio nourishing himself on the spiders and bugs who like to make homes under outdoor furniture. My wife is favourably disposed to him because he kills spiders and bugs, which she is not favourably disposed to.

Bad Man José’s tail wagged a little faster. He always enjoys it when Lynette talks to him. He has no idea what she is saying, but he figures he’s not in trouble because her tone is always mild, and there well may be a biscuit outcome after the chat. This is all very pleasing to him.

“Tell him he’s not to eat Miroslav.”

“Do not eat Miroslav,” I said to José, who looked at me fondly, and wagged his tail some more.

“He’s not going to eat Miroslav, is he?” Lynette asked, as Bad Man José made his way with insouciant gravitas across the patio and sniffed the air.

“But he eats all sorts of things in the yard. Frogs, caterpillars, snails…the fucken thing eats its own shit from time to time…”

“He doesn’t tend to forage on the patio. And Miroslav is a speedy bastard. I think he’ll be OK. Though the cat next door might get him one day.”

Miroslav was indeed a handsome reptile.

“Now listen,” she said, kneeling down and taking José’s football-sized head in her hands. “You must not eat Miroslav. Miroslav keeps the spiders away.”

Bad Man José’s tail went propeller. Bullies, when they are inordinately pleased, stop wagging their tails from side to side, and make propellers out of them instead. Having his mother hold his head in her hands was hugely delightful in his world.

“Tell him,” she instructed me again.

“I’ve already told him. I don’t want to belabour the point. He might think we’re picking on him, or that we favour Miroslav over him.”

“Don’t be an idiot,” my wife said. “I just don’t want him to kill the lizard. You remember what happened that Christmas.”

I did. It was seared into my mind. My mother and my aunt were over, and we were all sitting down to eat Christmas lunch, when it happened.

We had not long had Bad Man José and Bella the All-Slayer. And they had been outside amusing themselves. During this often-noisy process, Bella had found the blue-tongue lizard which had lived in our backyard for years.

The blue-tongue had successfully defended itself against Bane by hissing at him, and I had arrived just in time to stop Bane from answering the hissing with his teeth. Bane, being a well-behaved and supernaturally bright creature, understood the “No!” command.

He had to. Having a dog like that who did not listen or respond to commands is criminal. I impressed upon Bane he was not to come near the lizard ever again. He did not. They both kept their distances.

Bull terriers are not so biddable. They live their best lives by mainly ignoring you and going about their business. Bad Man José is pretty good…well, as good as bullies get when it comes to being commanded.

Bella was the diametric opposite. She was a small, headstrong polar bear that could catch birds on the wing when they got trapped under my pergola. She’d throw the wretched things up for the next few days, but felt it a fair price for the joy of killing and eating the hated mynah birds.

Anyway, Bella had found the blue-tongue, grabbed it, shook it to death, and then, covered in its blood – quite a startling effect on a snow-white bully – went charging through the house with its corpse in her mouth, hotly pursued by Bad Man José.

They thundered into the kitchen, then through the dining room, then down the hallway, then a fight ensued, and Bad Man José was now the custodian of the lizard, which Bella wanted back. Chaos reigned rather than Christmas lunch.

I resolved the issue by herding them outside and putting the hose on them both. Bad Man José hates the hose and ran off skulking. Bella the All-Slayer went to war with the hose. But that meant she had to drop the lizard. It all worked out in the end. We managed to eat our Christmas lunch.

But the event stayed with both Lynette and myself. At the end of the day, bull terriers are terriers. They kill things with single-minded determination, which is what makes them such fearsome fighters. They adore people, but don’t respond favourably to dogs who attack them, or small, fast-moving things that live in your yard. For her part, Bella had eaten every living thing in our backyard when we lived in Kings Langley. This was much to Bad Man José’s chagrin. She was much faster than he was. Her bug diet was all over his.

“I don’t think José’s gonna bother Miroslav,” I said. “His eyesight is not what it used to be, and it was never great to begin with. Provided Miroslav keeps to himself, there should be peace in our time.”

“I’m not touching the corpse if he kills it, and I’m not cleaning up his vomit when he throws it up.”

“Then let’s hope I’m home when it happens,” I said, then turned to address Bad Man José.

“Listen to me,” I said, putting my hand under his chin so he knew we were having a discussion. “You are not to eat Miroslav. But if you do eat him, then you’re to eat him when I am home. If you can’t help yourself and eat Miroslav when I am not home, then do not, under any circumstances, throw him up until I am home. We clear?”

Bad Man José propellered his tail to indicate that he agreed with everything I had said, but due to the vagaries of the world, could offer no guarantees.

I surely can’t ask for more than that. 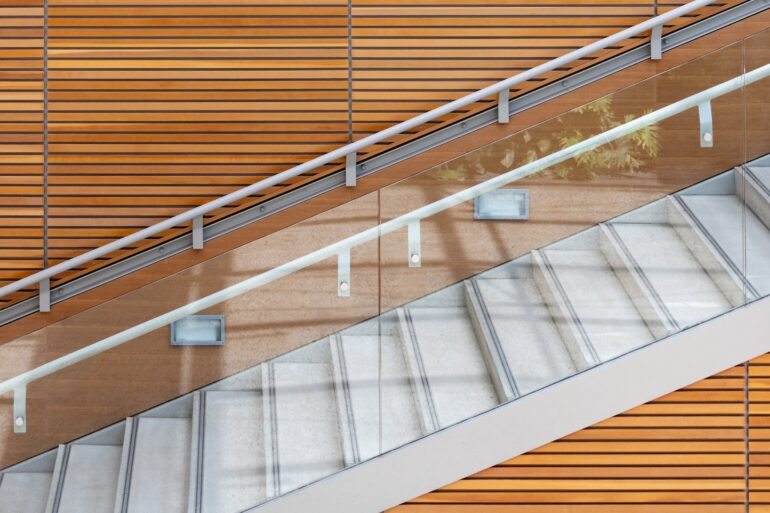 Next
THE WISDOM OF A RODEO CLOWN IN A SAUNA