I sometimes think my life is a sit-com...

One of the things I permit myself as often as possible is a sauna. I love the super-heated hell-cells. I hold them to be the sovereign cure for nigh on everything – leprosy, hangovers, the vapours, anxiety, depression, flat tyres, and treacherous bitches both male and female.

You see, nothing the fuck else matters when the ambient temperature is 85 degrees. You’re in a struggle to stay alive as your core body temperature rises, and the ill sweat leaks from your body like blood from a freshly-flensed corpse. It burns to breathe, and your eyes feel like crackling sandpaper. If you lean back, the wood will sear your spine. If you lie down and close your eyes, you may never wake. What they will ultimately place on the gurney will be cooked like a ham.

That is my sauna. If that’s not your sauna, it’s not hot enough. Go and see management and tell them. And four or five times a week, after an hour or so of lifting steel plates and bars, hauling on weighted cables, and doing laps of the pool, I limp inside and sigh deeply.

Most of the time I am alone. Occasionally, there is another one or two people in it. We exchange polite greetings, then sit in companionable silence, roasting like chickens in a kebab shop.

Sometimes, I encounter the Gronkocunt. He’s the prick who thinks the sauna is a place to work out. So that’s what he’s doing when I enter. Crunches, push-ups, this strange pulling shit with big rubber bands, and running on the fucken spot. The man is a dreadful cunt. The sauna is not big, and it gets very small when there’s some idiot exercising in there. I am hopeful he will die soon. And I try and accelerate that happy occurrence by pouring as much water onto the hot rocks as my water bottle holds. This immediately raises the ambient temperature so much it burns your lungs when you take a breath.

The Gronkocunt exclaims in feigned pleasure as the temperature soars. “Ohh yeah…” he says, almost like Macho Man Randy Savage, but not quite. And then he coughs, grunts, and leaves. Because it really is quite hot. It’s all I can do not to faint myself.

One day, I’m sure he will be doing push-ups and his stupid heart will explode. On that day, I will sit there for my allotted fifteen minutes, then on my way out of the centre, after I have showered and dressed, I will tell the girl at the counter there’s a dead man in the sauna. That will be a great day.

Anyway, the other day, I met a rodeo clown in the sauna. I had never met a rodeo clown before. And he was not a young rodeo clown. He had some hard miles on him. But from what I could see in the dim sauna light, he was pretty much carved from ironbark and bull-hide.

“You’d be one of the bravest men on earth,” I said to him when he told me what he did.

He grunted. “You mean the dumbest.”

In terms of doing dumb things for a living, I might have compared notes with him, but he had me beat on scars.

We sat in companiable silence for a while, then he began to speak of the media, how much he hated it, how he felt it was responsible for much of the world’s ills, and how humanity would benefit greatly from the media being lashed to the back of a crazed horse and chased over a cliff.

I instantly had visions of Kochie, Stefanovic, and those hard-painted old moll-strippers who accompany them on morning TV, being dragged across hot, stony ground screaming and thrashing, with cruel meathooks poked through their waxed ankles. It made me smile.

“Why do they fucken treat us like we’re idiots?” the rodeo clown asked. “I’m not the smartest bloke in the world…fuck, I wear baggy striped pants for a living and try to stop bulls trampling bull-riders by playing chasings with the mad cunts. But I’m fucken tired of the media telling me how I should think about something. I’m a grown-arse man. I can think for meself. I might be wrong now and again, but that’s on me. Why don’t they just give us the facts, without all the smart-arse emotional words?”

I poured some more water on the hot rocks. We needed to raise the temperature if he wanted to discuss such important things.

“I think the media sold out a long time ago. It’s now all about managing the narrative,” I said. “Oh, and outrage. And a bloke in a cow-suit giving away money.”

“I ever see that cow-suited cunt, I’m gonna put the spurs into him,” the rodeo clown chuckled. It was a deep, hoarse sound full of dark mirth. “Whadayya mean about this managed thing?”

“Well, the bosses decide on an angle – the narrative. They consider how complex an issue is, how dumb the audience is – and remember they always default to the dumbest possible audience. The cows who wanna kill you are smarter. Then they tell the presenters to keep it light, or stop smiling and make it look really serious. It all depends what the issue is and how they want you to react to it. And then just read off the teleprompter.”

“It’s a computer screen they read off that sits beside the camera. If you look real close, you can sometimes see their eyes scanning it.”

“So it’s all written for them? The talking heads?”

He considered this for a while. Then he looked at me and said: “You seem to know a lot about this stuff.”

“I have worked my entire life in the media – apart from a brief time before that when I delivered mail, collected debts, and threw fighting drunks out of nightclubs.”

“Pretty much. I test bikes for a living and write stuff about how much I hate the media, how mean my wife is, and how I want Scummo to be eaten by wild dogs.”

“Myself. But sometimes people buy me like a prostitute and ask me to write things for them.”

We sat again in companionable silence. I was a touch relieved. Fighting a rode clown in a sauna is not how I saw myself dying. 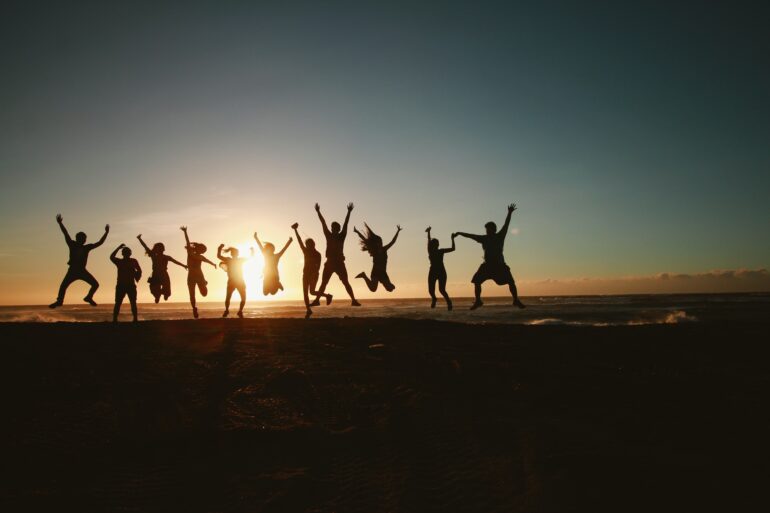 Previous
SHIT MY WIFE SAYS – “TELL HIM HE’S NOT TO EAT MIROSLAV!”

Next
THE LAST MALE BASTION – THE MAN-CAVE