Long may we abide within...

Men, as my wife is fond of reminding me, are simple once-celled creatures.

As if I need reminding of that. I’m entirely aware of how simple my needs are and how banal my desires tend to be.

My friends are not at all different from me. Which is why we’re friends, and why we tend to keep our wives away from each other and go riding bikes like mighty stags. Though now and again the ladies do come together at parties and barbecues, whereupon we can see them laughing at us while they monitor our behaviour.

But wives certainly do not require group-reinforcement to reign more completely over us.

And they do rule over us, and I’m good with that. It’s what they were designed to do, just as we were designed to burn entire villages to honour them, rage red battle to please them, succour them from all harm, and cause them to smile upon us.

We are indeed simple, once-celled creatures beside their wondrous complexities.

We now call such a place a “man-cave”, which feeds into the whole social narrative of men being base primitives who would as happily dwell in caves as shiny Masterton homes. And I have no argument with that social narrative, because it’s largely true.

In past decades, man-caves were called “sheds” or “garages”. In the dim past, when men fooled themselves by pretending to rule over women, man-caves were called “dens” and “studies”. Bugger-all study went on in those studies. It was mainly whiskey-drinking and cigar-smoking. Which is what also went on in dens, but the word itself was more evocative of the male nature, ie. The lair of a wild and predatory animal, who, when cornered in its den, would turn at bay and rend its pursuers.

I, like most men, have acquired a house. The house pleased both myself and my wife, and after I had made sure it was structurally sound, was safe from drive-by shootings, and could be defended, I ceased to think about it.

The furnishing and outfitting of the house I left to my beloved wife. The colour of the towels is her business. As is the hue of the sheets and bed-cover. Likewise the cushions, the colour of the walls, the shape of the light fittings, and the ambience of the bathrooms.

When I have been asked my opinion, I give it. Sometimes it is listened to, at other times I may as well have spoken to a tree. I honestly don’t care either way. What I care about is her happiness, and if she wishes to buy vases, curtains, paintings of French provinces in spring, and an “occasional table” that will sit against a wall with a fluted lap occasionally lighting it when company occasionally comes over, that’s fine by me. Most of the time it doesn’t even register. It is her domain and it is hers to rule.

I have two spaces in the house where I rule. I have an office and I have the garage. In this, I am maybe more fortunate than other men. But then I am larger and probably simpler than other men, so these two adjoining spaces have been permitted to me.

On these walls, my walls, hang weapons. Knives, axes, maces, and swords. Objects almost no women would countenance as part of a normal house’s décor. Among the weapons, I have hung various pictures. The nature of these pictures is varied. One is of a pair of superb girl’s legs in high heels and her panties are being pulled down. Crass? Yes. But it has meaning to me and it was given to me by a much-loved and lamented friend who passed recently.

There are other pictures. Pictures of me badly racing a motorcycle. Paintings of other motorcycles, coats-of-arms, historical declarations of righteousness, a photo of me with the legendary Giacomo Agostini, the entire Russian line of rulers from Rurik to Nicholas, and a corresponding one of Serbian kings and despots. There are lots of photos of family and friends, and a few crash helmets I especially enjoy the colour of.

A huge Serbian battle flag hangs above my desk. Many of my beloved books are arrayed in bookshelves along the walls, and I have a display cabinet packed with knives, and another display cabinet containing things I have collected along the path of my life. There’s even some chicken-wire I found at Bonegilla Migrant Centre where my mother and father spent some time when they came to Australia.

These things are meaningless to anyone but me. And the act of putting them where I can see them seems to validate (to me) my brief existence upon this earth – and it will give my son some more crap to throw into the skip bin after I am gone.

Few people ever come into my office, so this display is entirely for my benefit, and not some boast of my deeds and crimes. And there is nothing in it that would “work” with the dappled cushions and rugs my wife has installed in the actual house.

Nor should it. These are my things, not our things.

My garage is far more utilitarian, but also entirely mine to decorate. My wife walks “through” the garage, and spends no time in it at all. But she understands my desire to get an old couch and some chairs in there, close to the fridge that holds my beer, so my friends and I can sit in there of an evening and swear at each other.

We can look at the motorcycles that are parked there, and tell lies about how fast we think we are, reminisce about rides gone by and plan rides yet to come.

She understands that while I very much appreciate the wonderful home she has made and the spotless house she keeps, she also knows that without her, I would be living in a cardboard box under an overpass. That I have a man-cave at all – a place where I can write, listen to the music which pleases me, and stare blankly at everything and nothing – is a great thing for me.

Long gone are the days when men built mighty castles, filled them with angry loyalists, and decorated the stern walls with battle flags, war banners, and edged weapons of varied lengths and cruelty.

Men, thankfully, don’t go to war all that often any more. There is little call in our civilised, polite, and safety-first western society for feats of strength, duels to the death, and trials by combat. This is not a thing to be lamented so much as it is to be accepted.

We live in a time when our beloved women may indulge themselves, rather than being married off to secure an alliance with Northumbria. I think that’s great. I really do. The mothers of our children and the grace and beauty in our lives deserve to be placed on pedestals and adored. They certainly smell nice enough to be venerated in that way.

Simplistic? Sure. I’m pretty simple. Old-fashioned? Maybe. But certainly not at a medieval level. That’s too old-fashioned and speaks to a time when women were possessions rather than partners.

That said, I’ve always paid on dates, opened doors for them, and chased lesser and weaker aspirants for their female favours away. Hell, I even learned how to dance so I would have easier access to those wondrous favours than dickheads who couldn’t dance. There is very little I would not do or have not done to please them.

My reward is all around me. She may build whatever stately pleasure dome she pleases, and decorate it in whatever way she desires. In return, I may, in my own place, surround myself with the things that genuinely please and amuse me – even though she insists on running a vacuum through that place now and again – and then only because I do “such a shit job” with the appliance.

And thus my man-cave, and the man-caves of my fellow cavemen (long may they grunt and roll their shoulders), live on – not as testaments to our denatured maleness, but as rewards for having ultimately won (or at least bravely fought) all  the battles we have faced. 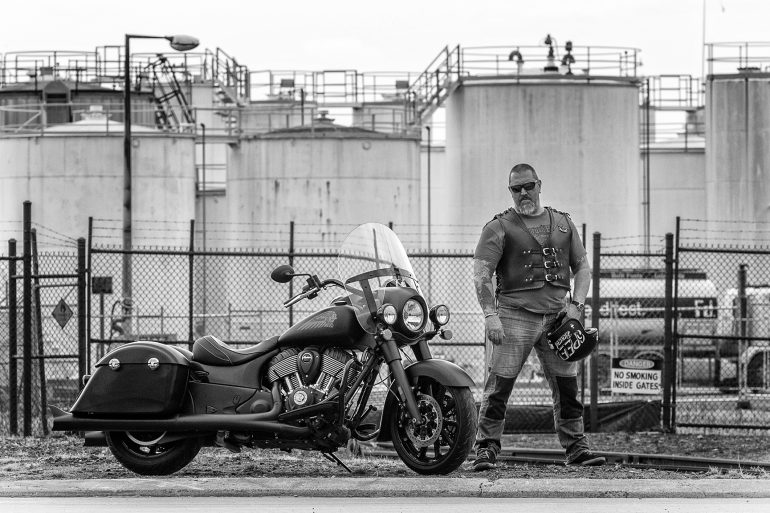 Previous
THE WISDOM OF A RODEO CLOWN IN A SAUNA

Next
SHIT MY WIFE SAYS – “YOU NEED TO STOP KINGING…”