I sometimes think we’re not actually a country but a bunch of snarky, ignorant, jingoistic drunks and gamblers who, now and again, take some time off from telling ourselves how great we are to smear our soft bodies in our own patriotic excrement.

It’s happening right now. In the middle of a pandemic, no less. Which kinda gives me a break from all those Magna Carta-waving fuckwombles who are demanding their Freedom.

So what set us off? The Taliban in Afghanistan.

Let us put aside for one second that 90 per cent of Australia could not find Afghanistan on a map. Let us also set aside that 99 per cent does not even know what that Taliban is.

Let us just focus on what we do know.

Or what we think we know.

We understand the Taliban, whoever the fuck they are or it is, has re-taken Afghanistan. In a week, apparently. The USA and its lapdogs, of whom we are among the most tail-waggingest, has lost its 20-year-long war, and the Taliban are driving around in triumph, guns akimbo, and smiling.

And, and this is the kicker, no matter what you hear from our wank-sock of a Prime Minster, it was all in vain and it was all for nothing.

And large chunks of Australia has lost its shit because…well, because HOWCANITALLHAVEBEENFORNUFFINK?!

And this in invariably followed by:

I am the son of a soldier and my nephews are all soldiers who fought against the people who would destroy them and their country in the 90s.

I have nothing but admiration for the men and women who put on a uniform and stand ready to defend us from all who would do us harm, and who follow the orders of garbage governments like ours, who sends them into harm’s way because it enjoys the taste of US cock. Australia really has no choice but to enjoy that flavour because it relies on the US to come to its aid in case the Bat Empire it recently told to get fucked decides it wants to see the “Or Else?” bit that follows such a declaration.

And so our soldiers go where our garbage government sends them. And so our soldiers die. And then our smirking shitcunt of a Prime Minister can stand in front of a TV camera and declare they did not die for nothing – when in fact that is exactly what they died for.

And you accuse me of having no respect for our diggers? Really?

But how could this Taliban have defeated the mightiest military force on earth, immeasurably bolstered by our own crack legions?

Well, it did. It was always going to.

The simplest reading of history or the vaguest understanding of war, tactics, and strategy, would tell you we would and could never defeat the Taliban. They knew it, too.

But we trained the Afghan army! Surely our amazing training skills and the fact we armed it with the very finest war gear meant our victory was assured! Why did the chicken-bitches run away?

Are you seriously asking that question, you idiot fuck?

We went into Afghanistan to find and kill Osama and Al Qaeda, yes? We did that. We then, urged on by profit-oriented multinationals, decided we were gonna build Afghanistan into what we thought it should be, ie. A compliant US vassal-state which would be so grateful to us for liberating it from the very people we installed there to fight the awful Russians in 1979, it would let us have all its mineral wealth, build pipelines, and install McDonald’s franchises.

And so we moved on in. For 20 years. In those 20 years we controlled the Green Zone in Kabul, and few airbases, and the rest of the time our soldiers did all sorts of great and not so great things.

They built schools and dug wells. They killed Taliban. They killed people they thought were Taliban. They scared a lot of people while bringing them Freedom and Democracy. They trained Afghans into what they imagined was an army which would prevent the return of the Taliban.

But the Taliban, never having gone anywhere, had nowhere to return from. It sat in its villages and its mountains and now and again it would come out and shoot at us, or blow up our vehicles, and then it would fade away – fighting a brilliant asymmetric war, which is what the best guerrilla fighters on earth do.

What did we do? Pretty much what Australia is doing now. We were being stupid and racist, and culturally and historically ignorant about what we were up against.

As the US and its droogs pulled out, the Taliban watched, and when it deemed the time was right, it just rolled on through its country, supported by its people, while the mightiest countries on earth looked on in horror. Well, the media of those countries confected some horror – but what happened was no real surprise to anyone in the know.

But it was quick, huh? How come? Well, the hated invader was gone, right? This Taliban, the media has told you, are universally hated by the Afghani people. And you believed that, right? You actually believed what our magnificent media told you about what’s what and who’s who in Afghanistan, didn’t you?

It’s just like you believed it when it told you there where weapons of Mass Destruction in Iraq, and the Serbs were genocidal killers. Fuckwits.

So who’s who over there?

Well, there are 29 million people in Afghanistan. They are Aimaq, Hazara, Pashtun, Baloch, Kyrgyz, Nuristani, Sadat, Tajik, Turkmen, Uzbek, Pashayi, Arab…and I can go on and on. They do not all despise the Taliban.

But you know who despises the Taliban? The Afghanis who benefitted the most from the US occupation of the country. The corrupt government the US installed. The corrupt tribal leaders it paid off not to kill US soldiers. The lapdogs and sycophants who enriched themselves and lived inside the Green Zone and worked for the USA and us as translators, fixers, and so on.

They hated the Taliban. And the Taliban viewed them as traitors. Much like we might view our fellow Australians who might collaborate and assist and work for a country that invaded and occupied Australia. And don’t for one second think that we’re different from other countries in that regard.

So when the US and its allies left, the army they trained and supplied did exactly what it was always going to do. If it could, it ran away to neighbouring countries like Uzbekistan. If it couldn’t, it put down its guns, and surrendered. Or it simply shrugged and clapped as the Taliban rolled through town.

What the fuck did you think was going to happen? A civil war? Yeah, right. Shut-up, idiot. You hate brown people anyway. Why do you suddenly care about what they’re doing in a country you can’t find on a map?

The doomsayers in our media immediately began their yelping to the script. The Taliban, according to them, were immediately going to initiate a rape-rich bloodbath, destroy all the businesses built with US dollars, enslave all the women, demolish all the schools, and howl at the moon like the savages they are painted to be, until such time that the USA and its mates all bestirred themselves against this outrage and “did something” because “something had to be done” because “something always has to be done”.

And what has the Taliban actually done? Nothing. It told everyone to calm down. It promised it would not suddenly turn on its population like the West expected it to.

You know why? It’s because the Taliban want legitimacy. And as it has said, it is not the Taliban it was 20 years ago.

I think it is – certainly in terms of its desire to create an Islamic state – but I also think it’s smarter and it has learned how to play the game. It senses a seismic shift in the balance of power in the world. Russia and China did not need to evacuate their embassies in Kabul, did they?

But we are gonna howl. It says so in the script! The rubbish that governs us is already spinning this all like a top and the media is so on board with that. The Taliban are all barbarians!

Really? We’re not good with barbarians then? Since when?

The Saudis are every bit as religiously insane as the Taliban. We’re so close with those gangsters who run Indonesia and who are committing genocide against the West Papuans, we train their soldiers. We have wonderful diplomatic relation ships with the narco-terrorists in Kosovo, the psychopaths in Pakistan (the Mother Country of Global Terrorism), and any number of Second and Third World shitholes we think we can exploit for our benefit.

So how about a big dose of shut the fuck up, you ignorant shower of bogan arse-wads? How about that? 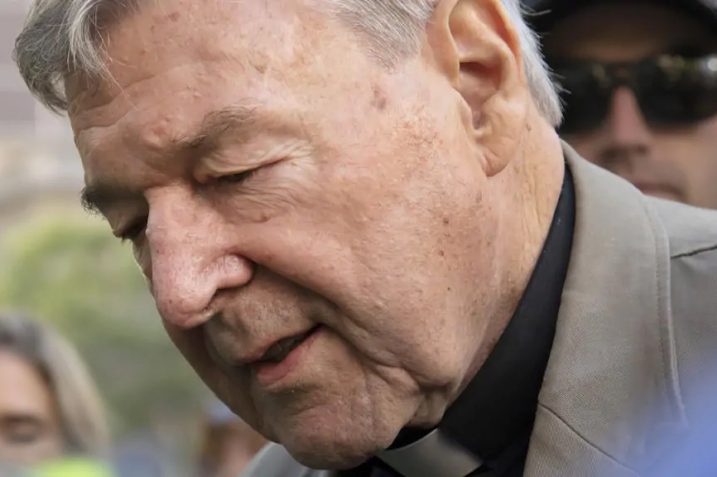 Previous
I.T. ISSUES IN THE TIME OF THE PLAGUE

Next
WELCOME TO POLICE SOUTH WALES