I have been giving suicide some thought of late.

Not contemplating it myself (though who hasn’t run their mind around that outcome when the darkness closes in?), but more about what it means, what it takes, and when and if it’s ever justified.

I’ll have a shot at the last bit first.

I think Assisted Dying is a great thing. If you have a terminal illness, and your suffering – and it is suffering, make no mistake – is simply being prolonged by medical science, then you have every right to make that call. Life is about quality not quantity, and if I ever reach the stage where I’m in endless, barely-manageable pain, bed-bound, miserable, and without hope – when I’ve “run out of puff”, as a great mate recently told me before he passed, then I’m outta here.

We afford our animals more dignity at the end of their lives than we do to our family and friends. And this is, of course, driven by a phalanx of disgusting and medieval religious beliefs, which a large part of our society still holds onto like frightened children afraid of insulting an imaginary friend by questioning his existence.

This is the same vile religious mummery which screams about abortion being a sin and disempowering women by refusing them control over their own bodies. I have no truck with that. No reasonable human being could.

So when it comes to suicide and terminal illness, I’m all for that. Allow me to go with what little dignity remains to me. Allow me to make that call. I will know when I’m done.

So that leaves the ‘other’ suicide. The suicide that comes about through despair and depression. The suicide that is fed by feelings of worthlessness and the voice that tells you, the victim, everyone would be better off if you were dead.

Only there is no voice. There is no outside entity talking to you. It’s your own brain that has turned on you and is caught in a loop that leads to your destruction.

Some people call it the Black Dog, which is relatively accurate as a metaphor and often attributed to Winston Churchill, though references to it can be traced back to the 1700s. It’s not a bad metaphor. It simultaneously implies attempted mastery and familiarity – sometimes the dog may indeed bite you, and other times it can be kicked back under the house or bribed in some way. Because, it is, after all, just a dog.

Like most blokes, I have contemplated suicide. Men suicide in far greater numbers than women. But interestingly, women contemplate and attempt suicide far more often than men. The difference here is men invariably choose far more lethal means to end their lives than women – hanging, guns, and carbon monoxide poisoning versus drug overdoses for the girls.

So while it’s an issue for both sexes, I can only talk about myself and maybe examine why I thought it was a good idea at the times I did, and why I ultimately decided against it.

Life is hard. At times it is almost unbearably so. So if and when it becomes unbearable in your mind, you think, well, fuck it. I’m outta here. I just cannot cope anymore. I’m done.  Often with no warning – or no recognisable warning – given to friends and family.

Like all of us, I have lost mates this way.

Loneliness, depression, anxiety, grief, and an endless, seemingly irredeemable feeling of black misery and despair, are all drivers of this, I reckon. Sometimes its one thing. Sometimes it’s all those things, and sometimes it’s a combination. We all have different triggers and different thresholds of tolerance for the bad hand life deals us from time to time.

To my mind, life is neither good or bad. It is neither fair or unfair. Life is simply life. It goes up and down, and it treats us all with the same utter indifference. It’s not out to get us. It’s not a sentient thing actively conspiring to destroy one person and reward another. It doesn’t matter if you spend your life helping other people, or abusing other people. Life doesn’t care. It does not judge. It does not moralise. The care, judgement, and moralising is all done by you, in your head, to yourself.

Life will give a serial killer and rapist a long and healthy existence just as blithely as it gives an innocent child a vicious glioblastoma or flippers for arms and legs.

So you can’t blame life for where your head is at. That’s all on you.

In my case, things got very dark for me when my wife got ill. I’d decided I could not and would not live if she passed. In fact, even if she did not die, but instead languished for years in sickness, I would certainly be better off dead than trying to deal with that.

My son, who was 11 at the time, would get over it, I told myself. He’d be better off without me in his life. I would be an endless well of misery without my wife, life held no further appeal, and what was the point of prolonging my suffering (and the suffering of those around me), so it’s better for all concerned if I kill myself.

So I’d lie awake at night, staring into the darkness above my bed, while my brain ran riot in my head, alternately screeching and whispering, cajoling and promising, that suicide was the best alternative. For me and for everyone else.

And that was me talking to me.

These thoughts were eating me. I was functioning and going through the motions day after day, and sometimes I wasn’t telling myself to kill myself, and sometimes I laughed and joked with my friends. But whenever I was alone, the same old refrains came back.

But how does one actually do that? I’m not two separate people. I’m one creature. At war with myself, sure. But one creature nonetheless.

So I went and saw someone. A professional. I got my GP to give me a referral to a psychologist. My GP also said that if I didn’t like this psychologist, and that sometimes happens, he would continue to give me referrals until I found one I did like.

I think it was around the sixth session – you’re given 10 on Medicare – that we started to talk. And we talked about all sorts of things, but mainly we talked about me not beating up on myself anymore.

Because that’s what I was doing. When my wife was gravely ill, I cycled between two emotions. Rage and terror. And because these were the only two emotions driving me, I was about as depressed and miserable as a person could get.

I was raging against my helplessness. Men are problem solvers. When we encounter a problem outside our ability to solve, we get angry. We’re angry at our inability to solve the issue, physically or mentally, and so we get angry at our perceived worthlessness. We imagine we have failed. And we start hating on ourselves because we are now failures. That was me.

And I was also terrified. I was terrified of losing my wife. She completed me. I was nothing without her. I could not imagine living without her. I was also a writer, and as a writer, my brain works in a strange way. It shows me pictures which it then allows me to describe in vivid detail. It’s how imagination works, I guess. And in my imagination, I had buried my wife over and over. I saw it. I’d pictured it. And it unmanned me. And terrified me.

A man always has options, right?

Well, suicide was not an option. I had told myself it was. But it certainly wasn’t, as I came to realise. Not at all.

What suicide was, I came to the conclusion, was surrender. A selfish bitch of a surrender. It was an act of finality from which there was no coming back, but an act which would destroy not only myself, but so many other people. And once done, it could not be undone.

It was also an abnegation of my responsibility – not just as a father and a husband – but as a man. Nothing would be made better by my offing myself. What possibly could?

Was my suffering and pain and despair truly so unmanageable? Was I really at the point in my empty life where ending it would be a better option than seeing what came next?

Something always comes next, right? Life is never in stasis. It is always changing. Sometimes you change it by force of will and action, and sometimes shit just happens apropos of nothing. But life is never the same for long.

Ernest Hemmingway had a favourite quote which governed him. “Dans la vie, il faut d’abord durer” it goes in French. It translates as: “In life, first one must endure”.

And that is certainly and irrevocably the case. One must endure above all else. First and last, one must endure. One foot in front of the other. March or die.

Suicide is a way out of life. No-one can argue it’s not.

And if I got nothing but bad hands, then that’s what I would play – and I would play them as best I could. Because you can’t play any better than that.

I was no longer interested in leaving the table. I would endure. I would go on. Come what may.

Was I cured of suicidal thoughts? Had a miracle occurred in that bland little room which I had sprayed with my darkest thoughts?

No. I still get those thoughts. I still experience terror – terror her cancer will re-assert itself and I won’t be able to cope if that happens. And I still plunge into red rage at my utter helplessness to fix this.

And I think those thoughts, and I think them through. All the way. I let them run. And there is nothing wrong with that. For they are only thoughts and not deeds. And thoughts, being thoughts, can be, and are replaced with other thoughts.

So I let those bad thoughts in and I examine them as they caper and hoot in my mind. I don’t agree with them, not anymore, but I examine them. I do this in a detached way. Like a scientist looking at a Petrie dish full of shit.

For they are my thoughts. Not the Black Dog’s. Mine. And if they are mine, then other thoughts are mine also. Good ones, silly ones, creative ones – which all live in my head with those occasional suicidal thoughts.

I have no idea how much time is left to me. Certainly less than I’d like. And obviously there’s less life ahead of me than there is now behind me. Life is governed by time. And both are without mercy.

But I demand and expect my full allotment of both.

I will not be cheated. And I will not cheat myself by cashing in my chips before the game is over. 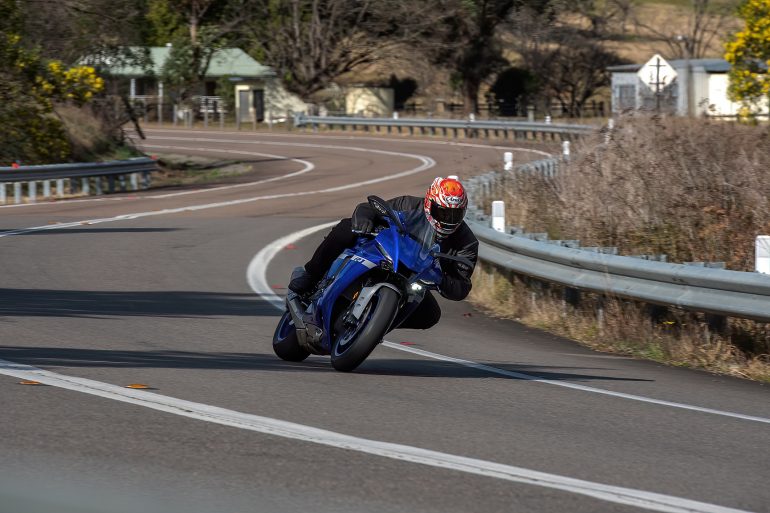