And parliament isn't even sitting yet!

You’re all seeing this, right?

That pile of animated Pentacostal drek, Scummo from Marketing, is not marketing himself at all very well.

It all began with Grace Tame’s beaut side-eye of the Sutho Smirk-Pig. The usual Clero-Fascists and Cardinal Pell supporters, like Miranda Devine, piled onto Grace and were joined by the girl-hating Peter Van Onselen who thinks girls should smile when they’re uncomfortable.

But most normal people thought Grace did good.

Then shit got worse for Scummo.

Peter Van Onselen, in a desperate bid to get his own misogynistic bullshit off the front pages, told Scummo he was in possession of a bunch of SMS messages between an un-named Liberal front-bencher and Gladys Binchicken.

And then he read them out. They were beaut.

La Binchicken described Scummo as a “horrible, horrible person”, and declared she did not trust him. The minister she was texting went even further, calling Scummo a “fraud” and a “psycho”.

When this was put to Scummo, Scummo blinked rapidly. Just like a psycho. And said something about how his record stated otherwise.

Sadly, Macron, the president of France was not at the National Press Club lunch.

But a whole bunch of anti-vaxxers, Sovereign Citizens, boganlords, and people who are missing the rooves of their mouths and several chromosomes, were. And they honked, hooted and hollered outside the luncheon, and waved TRUMP 2020 flags.

A few good friends of mine immediately started trolling these inbreds, and told them the best way to save themselves from the police pepper spray was to smear their eyes with Vaseline, and drape urine-soaked towels around their heads. Oh, and sour milk and old yoghurt was almost as good.

Other great advice followed as the trolls ramped it up. The idiots on the lawns of Canberra were told if they draped a Red Ensign across their cars, the cops were forbidden to harass them because the Magna Carta said so.

Another wag informed them if they were towing a boat, the police were helpless to stop them because of International Maritime Law.

Hundreds of people “Liked” this advice. There was much pissing in towels that afternoon.

But for Scummo, once again, shit got worse. I eeped with glee.

Old Barnaby, the lush from the bush and rooter of staff-chicks, had also issued some SMS magic, and had called Scummo a “liar” and “hypocrite” in an SMS back when he was cooling his staff-knobbing heels on the back-bench.

Now that they’re best buds, though, the Beetroot Erect, said sorry, and he doesn’t think that anymore, and that Scummo is the bestest bester to be leading this proud nation. And then he has offered to resign.

His former staffer, Vikki Campion, immediately penned a furious Stand-By-My-Beetroot piece in the Daily Shitgraph (where else?), where she whined how SMSs were private and things said in the heat of the moment weren’t OK to be made public.

I nigh on burst a gut-cable laughing at that. Yes, they are, Vikk. Yes, they so fucken are.

And then I wondered who the fuck even reads or absorbs that shit anymore?

Quite a few. Scummo’s popularity is still quite high – though I am at an utter loss to explain how that can possibly be, other than to grasp how stonkingly stupid a good half of the Australian electorate is.

There he was, washing some poor woman’s hair in a salon. Which is about as creepy as it gets.

Then he levered his fat arse into a wheelchair and joined Australian of the Year, Dylan Alcott, on the tennis court, waving a tennis racquet over his smirking bonce.

In the next few days, look out for more curry dishes and cubby house images.

But take a step back for a sec. I know all of this tends to look “normal” to us down here in Australia.

But it’s not normal. It is so far the fuck and gone from normal its Hannibal Lecter fucking a triceratops in a cage.

This is no way for a human being to behave, let alone the purported leader of a nation – albeit a dinky one like ours.

It’s just not. Seriously. I beg you to consider this without your bronze-tinted Oi Oi Oi glasses for a second. We are not governed by a government. This is clown car full of burning monkeys tossing flaming turds at each other as it sails off a cliff to fall into an ocean of shit.

I don’t ever care if Albanese turns out to be Josef Stalin wearing Mao’s skinned face if and when he’s elected.

It will be better than what we have now.

Because it cannot be any worse. 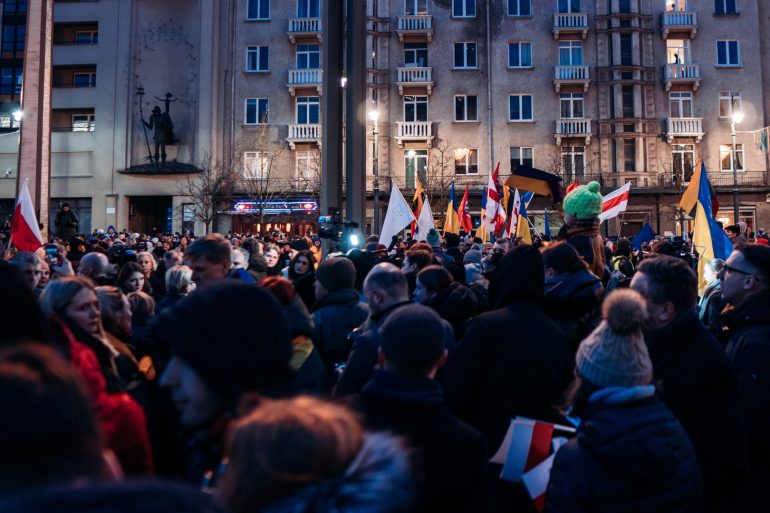