...and everything got worse.

Once, not all that long ago, in that carefree time before the Plague, I hated Tony Abbott. Like, I really hated him. Sure, I wasn’t real keen on the LNP, who’d kinda lost me when they somehow installed that facile war criminal Howard as Prime Minister, but they still kinda resembled a government.

Then Abbott appeared. Shit got weird quickly. God – the filthy Catholic deity no less – was suddenly kinda hovering in the background while the Mad Monk ate onions, stared wordlessly at reporters, and ummed and ahhed his miserable way through our political scene like a priest that wants to cock some choir boy but doesn’t know how to draw the blinds.

I threw up my hands in despair when he knighted Phil The Greek, and thought: Yep, we have reached the bottom of the political sphere here. This blue-tie-sporting wank-cramp has lost the plot.

Little did I know that we had but walked the first few steps of our Long March To Greatness.

Then, and I cannot reason how this was possible, because reason cannot be applied, along came Scott. And he became our Prime Minister.

OK, I thought, looking at the fat, smirking cunt for the first time. I don’t know much about you, but in the interests of Let Us See What You Got – because who knows, cometh the hour cometh the man and all, he may rise to the occasion.

I didn’t have long to wait. Shit, which was already weird under Abbott, and got weirder under the Potemkin Village of Turnbull, suddenly fell off a cliff into the deepest pit of bizarre wierdiosity I have ever seen.

It’s like some kind of savage brain-disease of geysering arse-fuckery possessed the LNP under Scummo From Marketing. It even caught the moribund Labor droogs by surprise – and like rabbits in the glare of the hunter’s spotlight, they all just kinda froze up and stared as everything began to unravel.

Here is a nice list someone made because shit was unspooling at such a rate it was hard to keep up. I defy anyone to look at this list and not go: “Oh what the absolute fuck has happened here and why has this lot not been hauled off in chains to be turned into soap?”

Like the gob-smacked Labor apparatchiks, I stared at the unraveling  too. It was like seeing a clown car crashing into a dumpster. Then the dumpster caught fire. The then clown car morphed into a chimpanzee cage, and the chimpanzees started smearing themselves with their own shit, then the shit caught fire, then the chimps started raping poodles, then the poodles turned into office furniture and the chimps raped that as well, lawyers got involved, rapey lawyers also got involved, journalists were arrested, secret trials began, lots of money disappeared into unknown places, the fire got higher, the dumpster burned hotter, and the chimps found some empty kerosene tins and started beating on them like war drums and deciding when would be a good time to charge the gigantic bat-eating gorillas to our north.

And then the Plague came. A new and as yet unplumbed depth of witless shitcuntery seized the chimps, who were still capering gaily through the halls of their feudal rape dungeon in Canberra, opening their cack-smeared bum-cheeks wide, skinning their poodle-raping dicks, and fawning under the ever-greater smirk of Scummo the Unaccountable.

Somewhere in there, an actual fire did occur. A billion animals died. People were left destitute. But Scummo absented himself to Hawaii for a rest because not holding a hose had tired him immensely, then came back and promised to pay for lots of stuff, but failed to do any of that, and then it didn’t matter.

Because now the Plague was here.

And all would be forgiven and all would be forgotten by the electorate, if only Scummo, the Smirking King of the Witless Rape-Chimps, would stop not-building curry-flavoured cubby houses for his kids – who may one day beat him to death with a claw-hammer for shaming the family line and preventing them from ever marrying anyone with a functioning cortex – and step the fuck up to the crease.

Is that what happened?

No. What we got instead of a leader was a truly incandescent lump of shit that had been excuse-fucked by a shit-smeared cock that pumped arse-flavoured liar-jit into the cum-caked maw of a frightened and confused electorate.

Scummo was not ever, and is not now, capable of speaking like someone who did not spend his time at school lurking under the stairs so he could look up girls’ dresses.

He speaks utter blargh, saying nothing of any consequence or merit. It’s no wonder he was sent scurrying from his marketing job to shit his pants in a take-away food outlet.

I’m sure some of the bogans who are mentally damaged enough to keep voting for him appreciate his brainless catechisms and his jingoistic sloganeering word-vom. That is who is keeping him in power. It ain’t the rich people.

But understand, these are the same people who will always vote in that terrifying ex-Queensland cop, who has made a career out of base cruelty to brown people, while owning child-care centres that have made him wealthier than any ex-pig has any right to be.

Many of you have never read Thomas Jefferson. And you never will. But maybe you should. It’s like a slap in the face.

Ol’ Tom wrote this a long time ago:

“The people cannot be all, and always, well informed. The part which is wrong will be discontented, in proportion to the importance of the facts they misconceive. If they remain quiet under such misconceptions, it is lethargy, the forerunner of death to the public liberty. What country before ever existed a century and half without a rebellion?”

That’d be us, mate. Australia. Hell, we weren’t even a country when you were around. So how could you have known?

But Tom went on:

“And what country can preserve its liberties if their rulers are not warned from time to time that their people preserve the spirit of resistance? Let them take arms. The remedy is to set them right as to facts, pardon and pacify them. What signify a few lives lost in a century or two? The tree of liberty must be refreshed from time to time with the blood of patriots and tyrants. It is its natural manure.”

Of course, NONE of that even remotely applies to us down here, does it? The tree of liberty was never even planted in Australia. We were created by the stroke of a pen. We didn’t fight for shit. Which is why we are treated like shit by our rulers. One follows the other as surely as night follows day.

And Scummo is a chinless, bespectacled fuck-funnel of crud. He awaits the Pentacostal Rapture, but figures he’ll kill the time between now and when that happy day occurs, grifting and scheming to stay in power, while pretending to be the dad-bodied shit-weasel of every thinking person’s worst nightmare.

Never an apology for wrong-doing. Never an acknowledgment of any mistakes made. Never anything except jaundiced, half-baked sloganeering that drips from his smirk-cramped gob like pus from the arse of a maggot…and straight into the waiting and eager ears of his voters.

Each time the vile, grinning cunt waddles his arse out to prop himself between a bunch of flags and starts spewing idiocy, and refusing to answer questions, this notion of us being rudderless and leaderless is reinforced – hammered and stamped in iron on my psyche, there to abide until the end of time.

I would literally vote for Attila the Hun instead of the LNP again. At least I could go to my end covered in the blood of my enemies.

I cannot measure my loathing for him, and I hated Abbott beyond imagining. How it has come to this pass I cannot fathom. It just doesn’t make sense.

What does make sense is getting the Hell out of here before his next term in office. Which is coming. I am convinced of that.

I have arrived at THAT place. I can either shrug and pretend that pretending nothing really bad is going on, or I can take my bat and go elsewhere. And for me to arrive at that place is no small thing, I can assure you.

What time do I have left? Bugger all. There’s maybe ten more years of riding left to me. I would much rather spend that time breathing a different air, and enjoying a different social mindset to the ignorant, apathetic, and subservient peon-brain we have going on here.

And maybe it is Plague Fatigue talking. And maybe I know no-one’s going anywhere while that is going on. But I have arrived at a position which no longer allows for any tolerance or acceptance that what the LNP has wrought is somehow acceptable.

Look at the list I linked to above. I beg you. Read it.

Understand this is the rubbish you permit to govern you.

And “Permit” is the operative word there.

This all ends when that permission is revoked.

“People have only as much liberty as they have the intelligence to want and the courage to take.”
― Emma Goldman 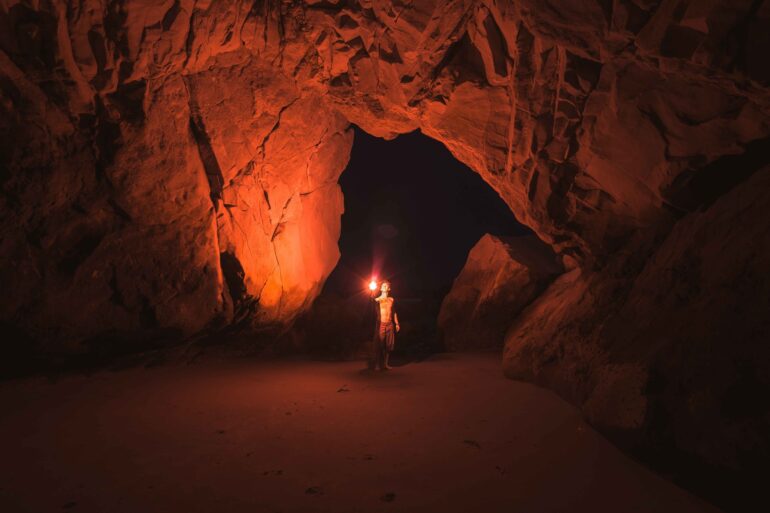 Previous
THE PLAGUE – WHAT’S THE END-GAME?

Next
THE RATS AND TOBRUK