You all know what a simpleton is, right?

Well, it’s a person who lacks the ability to use reason to understand things.

Let me give you an example.

“There is no proof that God exists” is a factual statement.

The simpleton will respond with “Bullshit! You have to prove that God doesn’t exist. I believe in Him, so He does exist.”

Here’s where it all falls down for the simpleton. Here is where his inability to apply reason and critical thought come out and say “Howdy!”.

The onus of proof is on the person making the big call that God exists. You have stated his existence as a fact, therefore it is incumbent upon you to prove this is so.

But it’s not simple enough for the simpleton.

Happily, we are a nation of simpletons, so there’s a continent-sized echo chamber of dumb for the fools to yelp in.

Our government, of whatever stripe it is, relies on this to rule us. It depends on the simpletons to tolerate the greasy arm that fist-rapes us every day.

For the tolerance of the simpleton is vast and justly famous.

And I feel it’s been engineered that way.

Once, critical thought was taught in schools. Your parents could not be relied upon to instil reason and critical thought in you because most of them were struggling labourers or immigrants who worked to put food on the table and clothes on your back.

The state could not rely upon them to teach you to read, write, or count, and the state understood it was incumbent upon it to educate young minds, place before them great literary works, expose them to philosophical concepts, and generally raise them up from the morass of dumb so as to improve the social well-being of the nation.

And the more schooling you got, the better everything got for everyone else in our society.

Barbarism thrives in dumb people. If education and knowledge, the building blocks of reason and critical thought, is not prioritised in a society, then that society looks and acts like a piggery at feeding time.

Here’s where it gets interesting for the oink-fest that is Australia.

About a third of our adult population is functionally illiterate. They come out of high school that way. Some become tradies, but most head into jobs which don’t require you to be able to read anything more than a coffee order scrawled on a bit of paper, or recognise a valid ID when some hot young thing shows it to you at the bar where you’re pouring drinks.

In terms of tertiary education, about 30 per cent of our adult population has some kind of degree or diploma. Compare that with, say Canada, which hovers around the 60 per cent level.

Of course, given how expensive getting a uni degree has become – also something our magnificent rulers made sure was a thing when they turned our universities into money-making businesses designed to separate Asians and Indians from their cash – one really can’t blame any Australian for not seeing the point of going to university and being taught how to think.

Because that’s what universities are supposed to do. They’re meant to expose you to new ideas, make you think about difficult things, grasp hard concepts, and then justify them in your essays and responses. They’re meant to challenge you in your brain area. You know, reason and critical thought.

It starts in high school and it ramps up as you seek to become less ignorant as you get older – and why anyone would choose to remain ignorant is beyond me. Because ignorance is not bliss. Ignorance is slavery.

As a consequence of all of this, we are a nation that is dumb as dogshit. You only have to look at how our politicians talk to us and treat us. Simplistic slogans which play to our lizard brains (How good’s Australia?”) is how they communicate with us.

You only have to see how our media delivers a narrative to its audience, what programs are the most watched, and how prioritised entertainment is over information. Look at the language and the words used to convey any given thing. It will give you a clue as to how the simpletons are meant to process the issue.

The Plague is an excellent example. Words and terms like “Crisis”, “Bracing for…”, “Community concern…”, “Police warn…” “Lockdown” and so on and so forth, have been used to get our society to Right-think its way about the Plague.

They are emotive words designed to provoke an emotional response in you. And emotion is not reason, is it?

Salt with just the right amount of low-level fear, threaten that non-compliance will be met with police over-reach, and you see how we all fall into line.

High-level fear, ie. Terror, is not what the government wants in its populations. You cannot control terrified people. They’re gonna run around and set fire to things. But people who are a little bit scared are very easy to control. They comply willingly with every edict issued by the government and will even thank the police for treating them like shit.

They do this because they have been told that this compliance will make them safe. Or at least safer than they might otherwise be. Non-compliance is un-safe. That’s the message.

So people who willingly comply do this because they’re dumb. If they were smarter, if they were more educated, then the government would have to explain itself to them. It would have to show them reason and cause for what it wants them to do. It would have stop talking to them like they were stupid children and threatening them with police violence.

But because the majority of us are stupid, it doesn’t have to do that. It knows nearly all of us get our information from Social Media. And it knows that Social Media is an echo chamber of your own beliefs and concerns. Very, very few people have social feeds which permit any kind of debate or discussion.

Hell, Social Media itself does not encourage robust debate because peoples’ feeling might get hurt – and we cannot have that, can we?

You see, Social Media also knows we’re dumber than a box of nails. Because it’s dumb people whose feelings are mostly hurt. They’re the ones most loudly mewling that passive-aggressive shit like “I have a right to my opinion!” “Just my opinion!” “Just my two-cents worth” and “Just sayin’”, and using memes instead of a thought-out logical sentence to respond to something they have read.

You could have made another choice, but you didn’t.

You could have read a book, but you didn’t.

You could have made an effort to see where those “facts” you posted came from, but you didn’t.

And you didn’t, because you didn’t have to. No-one called you on your dumb shit, because your timeline is an echo chamber of your own idiocy. Social Media protected you and your feelings by categorising anyone calling you out as a “bully” promulgating “hate speech”.

You fucking simpleton, you. 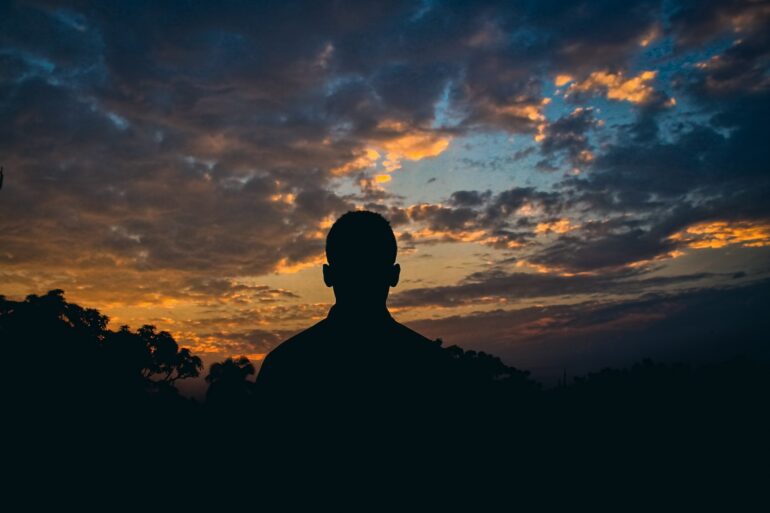