Wretched old and not so old fools...

Having just turned 61, I have been wondering when the dodderer shit might start to set in. It hasn’t yet, and given my general mind-set, it’s unlikely. But as Shakespeare observed: “There are more things in heaven and Earth, Horatio, Than are dreamt of in your philosophy”.

I guess there comes a time in every riding career when a rider becomes more risk-averse. That has certainly happened to me. Has it slowed me down? Not really. I can and do still ride as fast as I can when I think I can get away with it. I still seek challenges, and I still upgrade my skills whenever I can.

But I have certainly become more circumspect on the roads.

I may think twice about overtaking on double-yellows. I may shave back corner-entry speed if I feel the surface is iffy. I choose not to ride in certain areas at night because I see kangaroos leaping out of the bloody trees – even when they’re not. I guess when you belt into one at 180km/h – as I did on my way to Alice Springs a few years back – you start to see them even when they’re not there.

But generally speaking, I’m just as much a red-eyed rat-bastard as I have always been. And I look at motorcycling as the ultimate expression of life – and a dance with death I will eagerly join in every time.

Because it has always been that for me, and it always will be. I never took up riding because it was a “safe” thing to do. And none of my friends, both living and dead, did either.

But the dodderers did. And I’m sure you know of whom I speak. In fact, I’m also pretty sure many of you reading this are dodderers. And I just know you’ll start tapping one-fingered at your keyboards to make me aware of your chicken-hearted outrage that I am once again pissing on you from a great and lofty height. Which I am. I always have. For you deserve nothing less. You cheapen and degrade the greatest human past-time ever invented with your mewling and tutting and know-nothing know-it-allness.

Yes, you’re the knobs having coffee with cops. And you’re the knobs condemning speeding and wheelies and burnouts, and kids belting around your suburbs on unmuffled dirtbikes at three am. You’re such pieces of crap. You really are.

But please don’t think my contempt is limited to a certain age-group. I’m thinking there are almost as many young dodderers as there are old ones. That’s that whole “let’s make motorcycles more accessible to all” bucket of dicks that got wheeled out a while back. Our beaut risk-averse teenagers now actually think it’s a good idea to start out on gutless little Learner Approved Motorcycles. Their doddering thus becomes their entire riding paradigm.

We are certainly hard-wired to become more risk-averse as we age. It’s not wisdom. Age does not bring wisdom. What it does bring is perspective. And you take longer to heal the older you get. And while you’re healing, you’re not riding. So that’s my motivation there.

Does it mean I will always wear a crash helmet and caparison myself in every conceivable bit of approved-by-dodderers riding gear? Hell to the nope.

You see, it doesn’t actually bother me you wear all the gear all the time. It also doesn’t bother me you always ride at or under the speed limit. And it only vaguely bothers me that you’re actually quite an unskilled rider who refuses to acquire better skills by doing riding courses.

What bothers me is your very vocal condemnation of people like me – and there are more of us than there are of you – and the way we go about our motorcycling business. Which is full tilt – as often as we can get away with it.

To be perfectly honest, getting caught by the ever-more hostile cops is the prime reason I’m picking and choosing my places to properly ride my motorcycle. If I think I can get away with it (and you still can because Australia is a very big country), then I’m certainly going to have a crack at it.

And do you know why, dodderers?

Shut the fuck up. You don’t. It’s a rhetorical question as far as you’re concerned. But I will tell you so you know what you’re missing out on.

It’s that whole dry-mouthed, churning belly, adrenaline shot you get when you lace together a bunch of corners at furious speed. It’s when your heart leaps into your gob and you forget to breathe because the horizon is rushing towards you at a pace that melts your brain. It’s that irreplaceable feeling of staring death right in its implacable face and telling it “Not today, bastard.”

I get that you don’t get it.

But for the love of God, just shut the hell up about it, and dodder on in respectful silence for those that do. 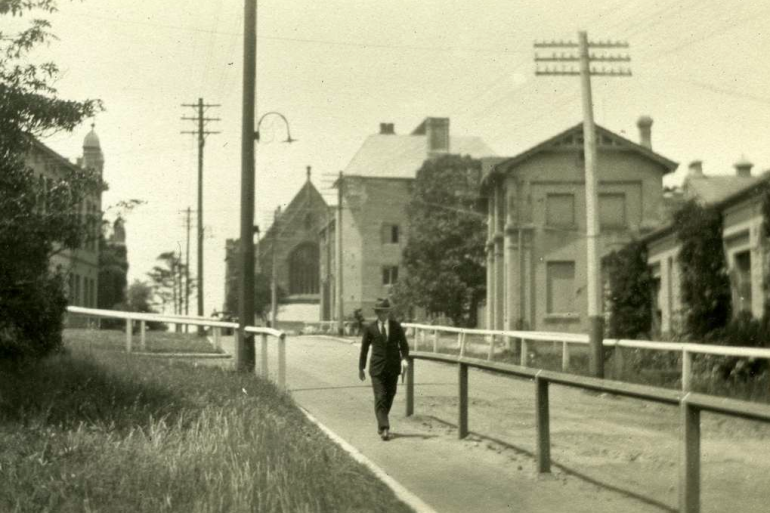 Previous
WHAT MOVING OUT OF SYDNEY HAS MEANT

Next
SHIT MY WIFE SAYS – THE PRINTER