We simply do not know...

There are six dead people in Queensland. Two police officers, two school teachers, a “neighbour”, and another bloke apparently related to one of the school teachers and married to the other.

These seem to be the only objective facts available.

Everything else we have been told about what happened at Wieambilla makes very little sense, and what seems to be the most important thing right now is that the two dead cops are lionised as “heroes” and that Australia plunge into a period of mourning at the “tragedy” of what has happened.

But we don’t know what actually happened do we? We only know what the police commissioner Katarina Carroll and the Queensland Police Union President, Ian Levers, have told the media.

And while I expect the Police Commissioner to be across the facts, I struggle to understand why Levers feels he is sufficiently across the facts to make any statement at all. His only purpose in fronting the media, as far as I can tell, is to milk the death of the two police officers as much as he can in an effort to steer public opinion into the sinkhole of unquestioning sympathy, candlelit vigils, and blind acceptance of the police narrative.

Of course, the media is right on board with this. You expected different? All police actions MUST be accepted without question, and let’s face it, it’s an excellent distraction from the pounding the Queensland cops and their dedicated and apparently “toxic” forensics lab, the Forensic and Scientific Services (FSS) are getting at the current government inquiry into its heinous bullshit.

So what is the media telling us about the shooting? Pretty much only what the aforementioned police spokes-people have said. This is the narrative…

The missing person in question was a former Queensland school principal.

That is an objective fact. One of the very few in this occurrence.

What happens next doesn’t make any sense.

We are told that upon arriving at the scene:

“Two police officers were shot dead during a siege at a property in Queensland’s Western Downs”.

So a siege was taking place when the two police were shot?

Um, maybe not. Because then we are told that:

“They were ambushed by three shooters – two men and a woman – wearing camouflage.”

A siege is not an ambush, folks. So which was it?

The next revelation was this:

“A man from a neighbouring property, who has been identified as Alan Dare, was also killed in the siege.”

So it’s a siege again?

Then Commissioner Katarina shares this with us:

“Despite police efforts, the matter was unable to be resolved peacefully and all three offenders were fatally shot by specialist officers.”

So we’re to understand that police made efforts to resolve the siege peacefully. Or was it the ambush that resisted peaceful resolution?

What follows this confusion is some yark about how young the two dead police officers were, what beaut human beings they were, what a passion they had for their job, and so on. All intended to steer the population into the candlit vigil scenario of collective sympathy. I mean, what kind of monster wouldn’t attend such an outpouring of communal grief for two such wondrous human beings?

Will there be a candlelit vigil for the “neighbour” who was shot when he went to see what was on fire? Not as far as I can see. Only the police lives matter and are worthy of such vigils.

But then Levers fronts the media and makes an interesting declaration, which is an added bonus to the Commissioner’s quite interesting statement that:

“Yesterday as they did every day, they put their lives on the line to save their community … [and] they made the ultimate sacrifice.”

We are to understand the community needed saving from this siege or ambush, and this saving occurs every day, yes?

OK, then. So what did Levers have to add? Quite an interesting tidbit, it seems…

“Our thoughts are with their families and their loved ones; they’re coming through the emotions of trying to comprehend this senseless execution-style murder that took place.”

So now it was not a siege or an ambush, but an “execution-style murder”?

All three scenarios are quite different. You get this, right? A “siege” is a bunch of people holed up in a defensible position surrounded by people who want to take the defensible position. An “ambush” is when people are subjected to a surprise attack, and an “execution-style murder” is when helpless people are restrained, forced to kneel, lie down, or stand against a wall, and executed.

How does Levers know this is what happened? How does Commissioner Katarina NOT know this?

So what happened next? Or maybe it wasn’t “next” in terms of a timeline, because what we are then told still doesn’t make much sense.

A police vehicle was then set on fire. And we are told this was done to “flush out” one of the police hiding in the scrub, presumably by one of the shooters. An objective view might consider why a police vehicle was set ablaze as a flushing-out exercise rather than the scrub where the police officers were hiding, but we do not have such an objective view. We only have what we are told.

And what we’re told next is that the un-shot police officer hiding in the scrub called for back-up and sent messages to her family which indicated she felt she was going to die very shortly, either via a burning police vehicle, or gunshots.

I am guessing this all happened via her phone, though it’s possible she may have used her police radio as well. There is no indication the wounded police officer did either of those things.

Well, a neighbour came to see what was burning. He was, we’re told, by Levers: “Shot in cold blood as well, in the back. He did not see that coming.”

I am at a loss to understand how a Police Union official would know this. Was he told this by either of the two police officers hiding in the scrub? He doesn’t say.

We are told, again by Levers, some 16 “frontline” police officers subsequently attended the property. Note that these are not the hunter-killer special forces police, who we are later told came and shot the three people alleged to have caused a siege/ambush/execution. But Levers clearly wishes us to know these were “frontline” police, as opposed to…well, reservists, clerical staff, or cooks. Or is this all getting to military for everyone?

Anyway, it seems these frontliner’s efforts at extracting their fellow cops or rendering them any medical assistance were “futile”.

Why? We are told, again by Levers, that from the time the first police entered the property (that’s the two dead ones and the two hiding in the bushes), “they were continually under fire”.

Somehow, this doesn’t accord at all with the siege/ambush/execution scenario Levers and Commissioner Katarina had been pedaling earlier, does it?

Now we are to understand that from the second they entered the property, gunfire was rained down upon them? Really?

One would think if that was the case, they would have retreated immediately, sought cover, drew their service weapons, returned fire, and called for back-up. That is a siege situation, following an ambush scenario, I guess. But that’s not what happened, is it? Do you see why what the cops are saying makes no sense?

Because then there is the execution scenario. How did that happen?

No-one has even ventured a “why” yet, either. But I figure that’s an important question. After all, why would a former school principal, his brother and the brother’s wife, arm themselves (with what we don’t know, though I presume it’s an absolute arsenal of high-calibre weaponry required to conduct an ambush/siege/execution and the commensurate hail of fire for six hours), caparison themselves in camo gear, and have at the cops.

All that is said is a host of hugely emotive words like “tragedy”, “heroes”, “brave young lives cut short”, and “cold-blooded” which are attached to a narrative that makes little or no sense, but is designed to milk the maximum public sympathy for the cops and the cops alone.

There are six dead people in Queensland, but only two of them are worthy of our concern, and the commensurate candlelit vigils. One other was shot in the back we’re told, after finding he had inadvertently wandered into a non-stop fusillade of gunfire, and the other three – the stated perpetrators – have all been killed by the police who arrived after the “frontline” police found themselves outgunned, outmatched, and unable to render any assistance to their dead and wounded colleagues.  I assume they must have left their weapons at the station. What else can I conclude?

Because, also presumably, when the unwounded cop who was hiding in the scrub contacted them, she didn’t tell them to bring lots of guns because there was endless gunfire from high-calibre weapons emanating from the area of siege/ambush/execution. Or something.

The cops certainly know. As do the three dead people who the police tell us were all about cold-blooded mayhem on an industrial scale. But they can’t say anything because they’re dead despite the police trying to resolve the situation peacefully.

We are now told it will be a long time, possibly weeks, before we know anything else. Which is hugely convenient for the police, because it gives them time to polish up the narrative they wish to deliver.

The cops, as of right now, know just what happened, and how it happened thanks to the body-cam footage they have. They may not know why, and that may or may not ever be known, because the only response to that question will only ever come from the police, because two dead men and a woman tell no tales.

We, the public, who have been apparently saved from the depredations of the three dead people, will hold the de rigeur candlelit vigils, place the de rigeur bunches of flowers at the police station, send our de rigeur thoughts and prayers to the families of the dead police officers, and naturally, hold our heroic defenders and protectors in even higher regard than we already do.

All we need to know has been told to us. All that remains is to paint the perpetrators as evil psychopaths hell-bent on killing cops and raising hell because they don’t like the government, or some such shit, and we can all move on to the next thing we have to see in a certain light and think of in a certain way. 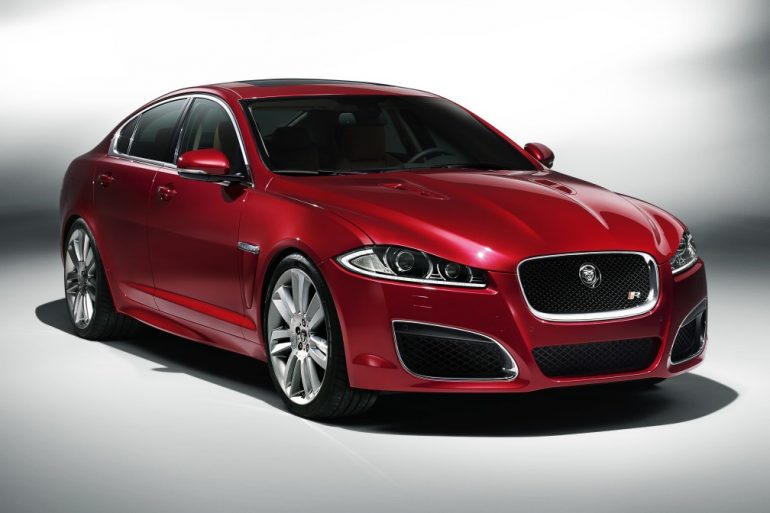 Next
SHIT MY WIFE SAYS – SOME POP CULTURE