The soul should always stand ajar, ready to welcome the ecstatic experience.

No exploration of how the BMW R18B pleases and nourishes the motorcycling soul would be complete without addressing the elephant in the room.

The big electronic elephant, that has been computerised and uploaded with miracles and wonders, and given voice via the soul of rock’n’roll itself, Marshall, and a screen that’s bigger than my first television.

I totally understand how some riders will look at this magnificent array of computerised wizardry and make the sour-lemon face. I used to make it myself.

“What’s the damn point of all this electronic whizzbangery?!” I would squawk, as I ham-handedly pressed buttons and lamely navigated menus and sub-menus, while trying to pair my phone with a computer smarter than me.

Yes, I was just another one of those old people yelling at clouds and lamenting the modern age because, in my simple mind, none of that stuff added to what I’d always imagined was the classic motorcycle experience, ie. A man and his simple, carburetted motorcycle, rolling down endless highways, his soul enriched beyond imagining with the sheer primal atavism of the whole thing…

Which is nothing but the crap your brain feeds you whenever you reminisce about the “Good Old Days” of motorcycling. The reality is that those days were never as good as these days are.

And yes, I’ve owned enough 70s and 80s Harleys, Triumphs, BMWs, Ducatis, Suzukis, Yamahas, and Kawasakis to wallow in the very same rosy-hued wistfulness so many others of my vintage do.

The reality, as mentioned, is actually very different to the memories. Today’s motorcycles are in every single way better than the bikes of four and five decades ago. And part of that astronomical improvement is the vast array of rider aids, and indeed electronic sophistication, they offer.

And the R18B is head and shoulders above its competition in this area (as well as many others) – and its array of computerised sorcery is truly epic.

“Does this affect its appeal to my primitive motorcycle soul?” is the actual question.

Does that vast screen, capable of displaying so much salient information, somehow detract from the primal pleasure of riding that immense Boxer twin? Does the radar-guided cruise control negatively impact on the riding experience? Do those brilliant Marshall speakers lessen the “vibe of the thing”?

Sound questions, one and all. I asked them myself.

And I’m so the bloke to answer them, because I was one of those fools who initially thought ABS was the work of the devil.

You see, I resist technology. I resist it as long as I can, and then, when I see and realise how it benefits me as a rider, I embrace it with my entire soul.

That’s pretty much what has happened with the R18B. I have had it for a long enough time that its electronic magnificence no longer appals me. I have come to revel in it. It has made me…well, hell, happier, I guess.

That is no small thing. I ride a lot of different bikes. And while I can appreciate each of them for what it is and what it is meant to be, there are very few I would consider owning.

For a bike to truly please and pleasure me – and thus speak to my soul – it has to tick certain boxes. I have already gone into detail as to why the R18B ticks those boxes in pure motorcycling terms. Adding this level of electronic sophistication to an already potent package is exactly like icing an already wondrous cake.

There are times when I turn those banging Marshall speakers up all the way, set the cruise control to 120, pick a heated seat-and-handlebar setting that roasts me low and slow, and ride like the whole world’s wishing it was me.

If I’m moved to know how many more kays I can still go on a tank, how my tyres are coping, what all the temperatures and pressures (ambient and internal), where I have to turn off, who dares disturb my ride by calling me, or who the hell is singing this song, the 10.25-inch TV in front of me will tell me. All I have to do is move my left thumb on the rolling dial on the inside of the handlebar.

Or I can choose not do that (like I do most times) and the screen defaults to a soft, golden-hued representation of the engine. The analogue dials are all I need for those times. And when I stop somewhere and walk away, I press a button and it centrally locks itself. That tells the crowd gathering around it to look, but not touch.

And that’s the kind of technology I like. I don’t have to interact with the bike’s tech, or its TV screen. But if I want to know something, I can know it with relative ease. And, because the R18B is smarter than me, if it doesn’t like something (like the tyre pressure), it will tell me.

YOU MAY GAZE UPON ITS WONDER HERE 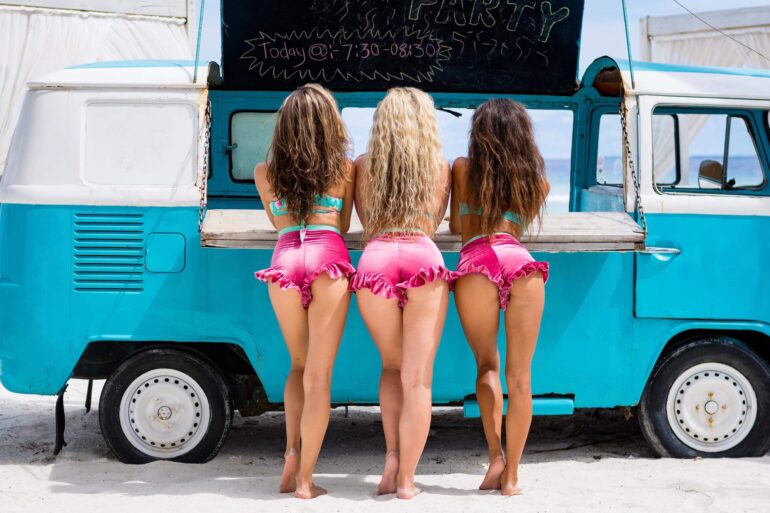 TALES FROM THE GREEN HOUSE – DAY OF EVIL –  PART ONE

Previous
GUESS I SHOULD TELL YOU ABOUT MY HEART ATTACK

Next
THE RIDE MODE GIMMICK