THE QUEEN IS DEAD

Was I surprised a 96-year-old lady-billionaire died the other day?

No. Why would I be? Old people die all the time. It’s what they do.

Of course, this lady was, to give her full title, Her Royal Majesty Elizabeth II, by the Grace of God, of the United Kingdom of Great Britain and Northern Ireland and of her other realms and territories Queen, Head of the Commonwealth, Defender of the Faith”.

She was not just any old lady-billionaire.

She had realms granted to her by God’s grace.

Australia is one of those realms, and Elizabeth has many other realms and titles. You can check them out HERE if you’ve a mind.

But how and why the death of a scion of the House of Saxe-Coburg and Gotha, itself a sub-branch of the Saxon House of Wettin, is cause for such anguish is maybe worth looking at.

After all, the reality of Elizabeth’s death and what happens next is hilarious on one level, and disturbing on another.

The reality is this: One of Britain’s greatest tourist attractions has died. The edifice that underpinned Her Majesty, remains. The castles, the well-drilled soldiers, the estates, and the execrable, hyper-privileged, and in-bred offspring, are all still there. Presumably by God’s grace.

By what right do these people say they rule, you might ask. Did you not read the earlier bit? They rule by the Grace of God.

What does that mean? Simple. God said they rule, so they rule. God did not say I rule, or you rule, or the plumber that repairs your toilet rules. God said Elizabeth rules. And now that He’s presumably taken her back, he has decided Charles the Third Of His Name rules, and on we go.

Of course, in real terms, Elizabeth ruled nothing. Sadly, we do not live in a Game of Thrones world, where kings and queens actually rule in every sense of the word. She was a figurehead. A tourist attraction. A source of click-bait for the garbage media who stalk her vile family to feed our never-ending desire for salacious royal gossip, pictures of Kate’s boobs, or something racism something Meghan Markle something Harry is a Nazi and the son of the stable-hand who knobbed his mum something, something, something…

So since they don’t rule, what do they actually do, these royal people? What did Elizabeth do? What does Royaling actually entail in this modern world? How is it they make these pronouncements that they “serve”? What is this concept of “duty” they talk about.

She did not work or earn this money.

This money was acquired from the people. They just hand it over because that’s what serfs do.

What service is performed by the ruler in exchange for this money? From what I can tell, looking dapper is crucial. Attending innumerable openings of things is also part of the gig, as is saying feel-good stuff about various other things…and going to horse races.

Their duty? Once again, from what I can see, their “duty” is to do all these aforementioned things without peeing their pants. It’s not like they’re beheading dragons, is it?

Are they nice people? Is that it? Is that what you think? Does being seen as “nice” suddenly come with unimaginable privilege and wealth?

Bitches, please. They are not nice people. They are appalling human beings. Truly. But Liz seemed nice, you say? You’re mistaking nice for well-spoken and well-managed.

Ponder that for a sec.

Do you think this is harmless? Really? How is it harmless a family has been elevated to a position which entitles it to vast sums of money and privilege on a level we cannot even imagine? Harmless?

Well, they do lack actual power, Jebus be thanked, so they can’t actually do any bad or any good shit, so instead they merely exist and Royal on…being harmless.

Because that’s what God wants. Apparently.

I feel privilege must be earned, not granted by a deity whose existence is an article of idiot faith.

There are many privileged people on this planet. They have worked, and created, and hustled, and cheated, and stolen, and did what they had to do to get to where they are.

That’s how the world works and how it has always worked.

This kings-and-queens bullshit is nothing but a satisfying penis jammed into the lizard brain of humanity, and worked in and out until it feels good to be ruled, however nominally, by our betters.

But for a tourist attraction to work, it has to be genuine, right? So these scions of the House of Saxe-Coburg and Gotha, are certainly the real deal as far as royalty is concerned. They be royal as shit. They live in palaces. They wear crowns of jewels and robes of ermine. They have sceptres, and thrones, and are guarded by men with bear-fur on their heads.

The media tell us they are “much-loved”. We are shown endless footage to prove that. This footage shows idiot-faced subjects (great word that, huh?), crowding palaces and ceremonies, waving and cheering and struggling to touch the royal personage, who usually just waves blandly at them from some insane passing conveyance, and moves on.

It’s a public display of primitive, mewling idiocy. Nothing more and nothing less.

Hearken to the words of Diderot, a French philosopher of the 1700s – a time when the French were eagerly and correctly lopping the heads off their royalty in public.

“Man will never be free until the last king is strangled with the entrails of the last priest.”

This is one of the most powerful and profound truths ever stated.

But I do feel a notable percentage of mankind does not desire freedom. It is content to be a subject, tugging its forelock in subservience.

And that’s not funny. That is disturbing. 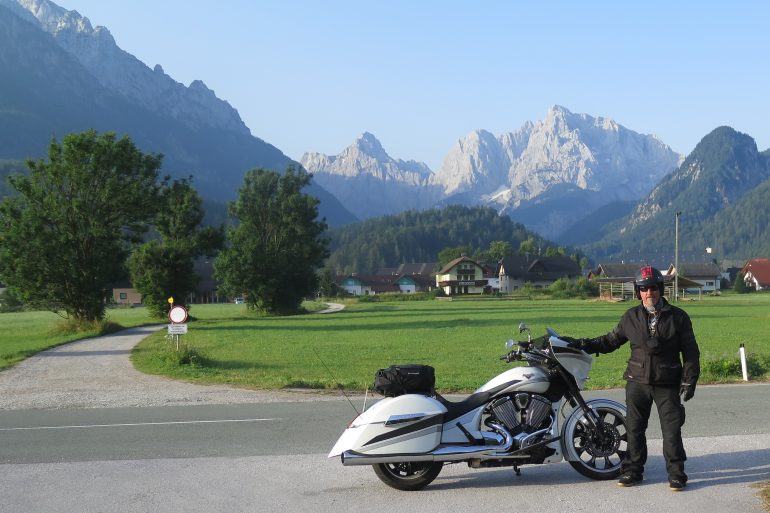 Next
SHIT MY WIFE SAYS – “WHAT IS THIS THING EVEN?”