You know what this world needs?

No, not peace. As if that’s ever gonna be a thing.

Everyone to take climate change seriously? You new here? Maybe when Canberra has a surf beach that will happen.

That is what the world needs.

Oh, look at that. I can see many of you safety-orientated He-Karens already starting to foam at your denture-filled mouths. Best fire up that computer and bang out your outrage with that arthritic single finger, huh?

And then get on your practical, gentle, fuel-efficient, quiet, polite, and sensible bike, and ride off a cliff.

You deserve nothing less.

Understand the entire vast edifice of motorcycling was built on the back of crazy motorcycles. In fact, until crazy motorcycles came along, bikes were nothing but cheap transport for the impoverished.

And then someone went mad – may his soul bask forever in a bath filled with hot centrefolds – and started doing things to essentially staid motorcycles like Beezas, Nortons, and Triumphs – for reasons that only made sense to them, but included: speeding, offending normal people, bragging to their mates, and getting chicks to take off their clothes.

Over in the States, the craziness took hold and meth-fuelled Yanks began chopping up their Harleys and Indians, and racing them on the streets while girls threw their underpants at them.

The Japanese soon grasped what was going on. The Honda 750-4 was born, Kawasaki built its widow-making H2, and all the bulls were running out of the gate and people were being gored.

Motorcycling entered its Golden Age. And it got crazier and crazier. Murderous, almost unrideable monsters were built and ridden by wide-eyed, salivating beasts, and hospital wards and morgues grew fat on the failures.

But sales still boomed, and bikes got faster and crazier, and there was much rejoicing.

And then, somehow, someone shat in the delicious soup-bowl – and Safety became a thing. It became such a thing that it now governs everything. It became so entrenched in our social conscience, many of us just surrendered and began to agree that if things were Safer, then things would be better.

Off the cliff you go, too.

Put your hand up if you took up riding bikes because it was safe.

Yeah, that’s what I thought.

Safety is death to the human soul. We do our best work and we live our best lives when Safety has been shat upon, caution thrown to the winds, and we’re betting the pot.

And that’s where those gloriously sacred and crazy motorcycles come in.

Bikes that make no practical sense and which will kill you like a cockroach if you’re complacent. These are the best bikes ever built and we should be demanding more of them.

But we’re not – and because we’re not, the companies who build bikes will build more banal, gentle, and boring-as-a-white-wall bikes, and price them so a homeless person can afford one.

And so is the crazy denatured, bit by bit.

Of course, there are still purists out there who build out-of-the-box lunacy – and while they do temper their purity by also building two-wheeled cardigans, they still understand what the point of the spear must be.

Examples? Sure. There are tonnes of them…

The Rocket 3, the VMAX, the Panigale, the H2, anything Aprilia builds that’s 1000cc and up, most of the MV range (while it runs), and all the flagship superbike offerings from BMW, KTM, Yamaha, Suzuki, Honda, and Kawasaki. Indian got in on the act with its crazy magical FTR1200, and I’m hoping Harley will return to the playground once its current customer base dies off and it can start building stuff that actually goes fast, goes around corners, and doesn’t need the back of a truck to help out with the braking. That said, you can still get a shit-tonne of crazy out of a Harley provided you’re brave and your skill-set hasn’t been dulled by 1000 HOG runs.

So there’s still crazy bikes being built, thanks be to the Road Gods, but much of the crazy is now mitigated by computers, which give you a choice of how mental you want things to be. I’m good with that. Choices are important when madness is present.

But there are also bikes carved from boredom being sold – and being sold by the tonne. And that’s disturbing, because that’s not what makes motorcycling special.

Crazy is what makes motorcycling special.

And the world needs much more crazy in it if it’s to be worth living in. 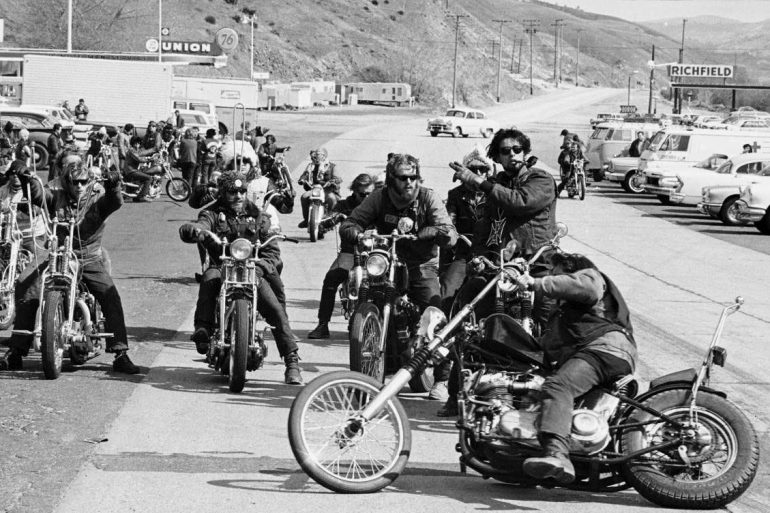 THE MOST TERRIBLE THING I HAVE EVER WRITTEN – PART THREE

Previous
ARE WE IN THE END-GAME?